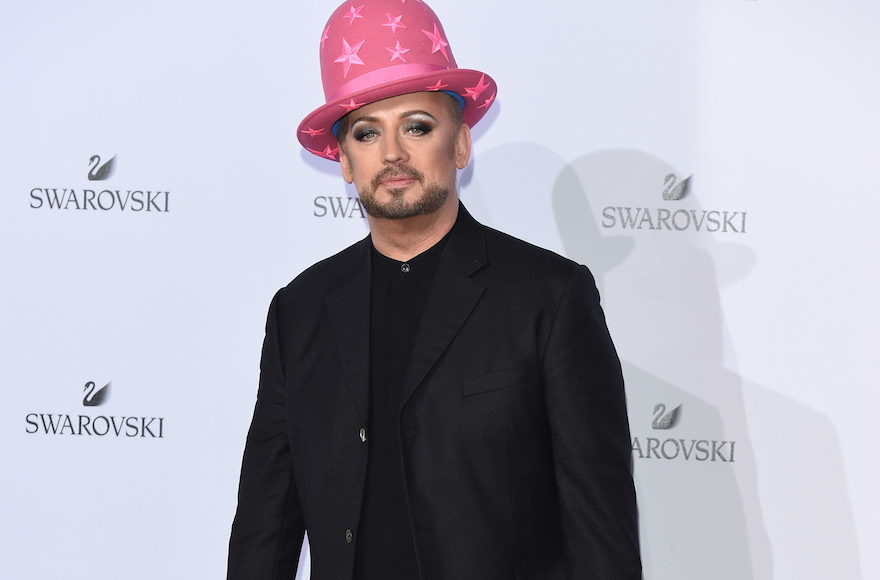 The 1980s pop legend performed in Israel Tuesday night, and before the concert, he felt the usual pressure that high-profile performers receive these days from the Boycott, Divestment and Sanctions movement. Supporters of BDS pestered him on social media, urging him to cancel his scheduled performance to show solidarity with the Palestinian people.

But instead of persuading him to change his plans, the BDS push prompted George to display his affection for Israel on Twitter.

I play for my fans. not politicians. I have never looked at any political figure and thought 'yeah, you speak for me. The flow of positive energy is the key! https://t.co/RxI5f1lg8x

In response to someone who asked if he would have played in South Africa during the Apartheid era, the singer tweeted this:

He also uttered this at his concert:

The Culture Club vocalist has performed in Israel multiple times — as such, he was sartorially prepared with this two-piece getup featuring red and gold Stars of David.

Here are the pants:

It only ever matters to whom it matters @JMDavido 'relevant' is the latest lame cliche' pic.twitter.com/9Ga3MrD7HM

He wore the outfit at his concert at Tel Aviv’s Menora Mivtachim Arena.

Despite George’s colorful performance, this trip was’t all rosy this time around. In September, in a tweet that has since been deleted, George said that one of his band members refused to play Tel Aviv in protest.

“Given the abuse we get for playing in Israel and losing a member who refused to play.[sic] I think our trip is super relevant!” he wrote.

But George remained steadfast in his opinions about the BDS movement, which he derided in an interview with Israel’s Channel 2 late last month.

“We have to be really careful with the internet because people say, ‘everyone’s talking,’ and it’s like five people that are retweeting each other,” he said. “I want to play to my fans wherever they are.”

You do you, Boy George.