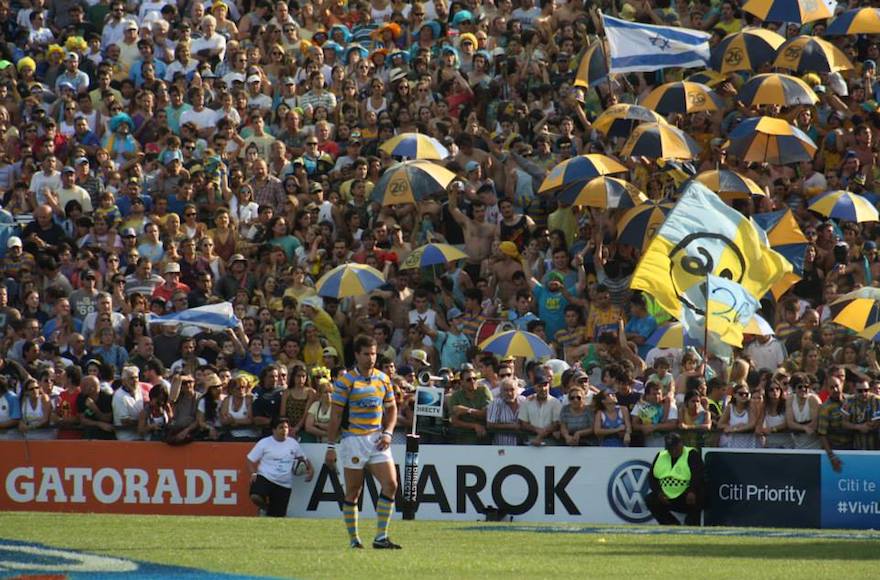 On Saturday, Hindu Club defeated Alumni, 27-20, to become the Argentine capital’s top team. Hindu is known as the country’s Jewish rugby team because of its Jewish membership and fan base.

Starting in the 1960s, large numbers of Jewish families have joined the Hindu Club, a country club in Buenos Aires that takes its name from an Indian play performed by its founders. At matches, supporters sometimes dress up as Orthodox Jews or chant  “We don’t have friends. We are black and Jews.”

“Black” in this context does not refer to people of African descent. Rather it is a slang term for those seen as being low class or having dark skin relative to the stereotype of blonde, aristocratic rugby players.

Hindu has won more titles than any other Argentine rugby team, including six of the past 10 in the Buenos Aires league.

Although it has Jewish ties, Hindu is not associated with any Jewish institution. The real Jewish Argentine rugby team in that sense is Hebraica, an amateur club that is associated with a Jewish country club and community center of the same name. It sometimes faces anti-Semitism from opposing fans.

Some professional European soccer teams are also associated with Jews, including Amsterdam’s Ajax and England’s Tottenham Hotspurs. Jewish fans of the teams present shows of solidarity, while opponents’ supporters have displayed anti-Semitism with chants and posters.