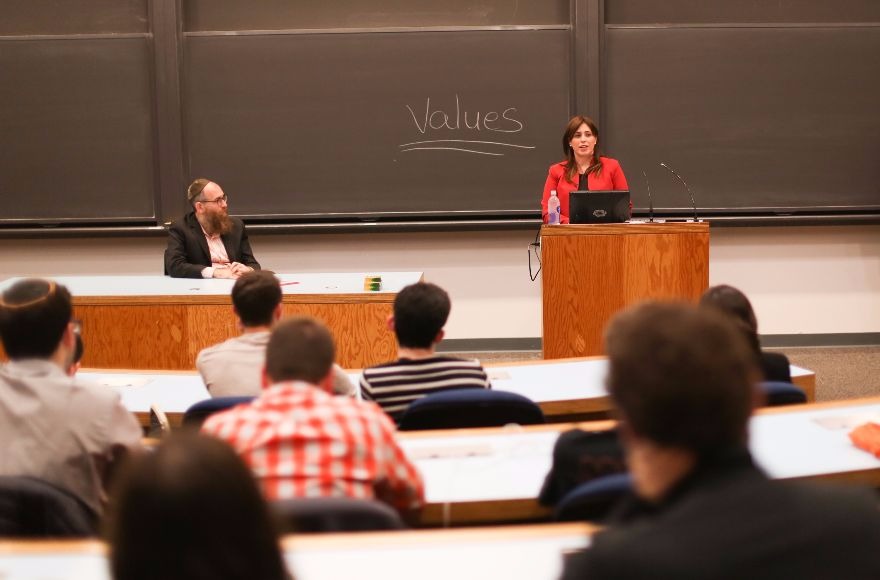 JERUSALEM (JTA) — Israeli Prime Minister Benjamin Netanyahu denounced what he called “offensive remarks” by Deputy Foreign Minister Tzipi Hotovely, in which she said U.S. Jews are “people that never send their children to fight for their country” and that “most of them are having quite convenient lives.”

A statement issued Thursday morning from his office said that Netanyahu “condemns Tzipi Hotovely’s offensive remarks regarding the American Jewish community. The Jews of the Diaspora are dear to us and are an inseparable part of our people.”

“There is no place for such attacks, and her remarks do not reflect the position of the State of Israel,” the statement also said.

Such public criticism of government ministers by the prime minister is rare.

Hotovely appeared Wednesday on i24, an Israel-based English-language news channel. She was addressing increased tensions between Israel and U.S. Jewry, including over restrictions on non-Orthodox prayer at the Western Wall and over the Israeli government’s policies on Israeli Arabs and the Palestinians.

After stating that she wished more American Jews would move to Israel to influence its political proves and to “bring American Jews closer to Israel,” she segued into a depiction of U.S. Jews as distant from the sacrifices other Americans make, and the threats that govern life in Israel.

“The other issue is not understanding the complexity of the region,” she said. “People that never send their children to fight for their country, most of the Jews don’t have children serving as soldiers, going to the Marines, going to Afghanistan, or to Iraq. Most of them are having quite convenient lives. They don’t feel how it feels to be attacked by rockets, and I think part of it is to actually experience what Israel is dealing with on a daily basis.”

In a statement posted on her Facebook page on Thursday, Hotovely praised American Jewry as important to Israel and loyal to the United States. She also indicated that the comments taken for broadcast from the full i24 interview were “partial quotes” which “undermine the central message.”

“American Jewry is important to us, we are siblings, and siblings are allowed to have an argument within the family,” Hotovely’s statement said.

“Israel is home to all Jews from all denominations. I view the link between us and the American Jewry as essential. Let me make it clear: There is no argument about the loyalty of American Jews to their country,” she also said.

An invitation to Hotovely to speak earlier this month at Princeton University Hillel was rescinded after a liberal group on campus called her racist over her past comments on Israeli Arabs. Hillel later apologized and Hotovely spoke as scheduled in an event sponsored by the campus Chabad.