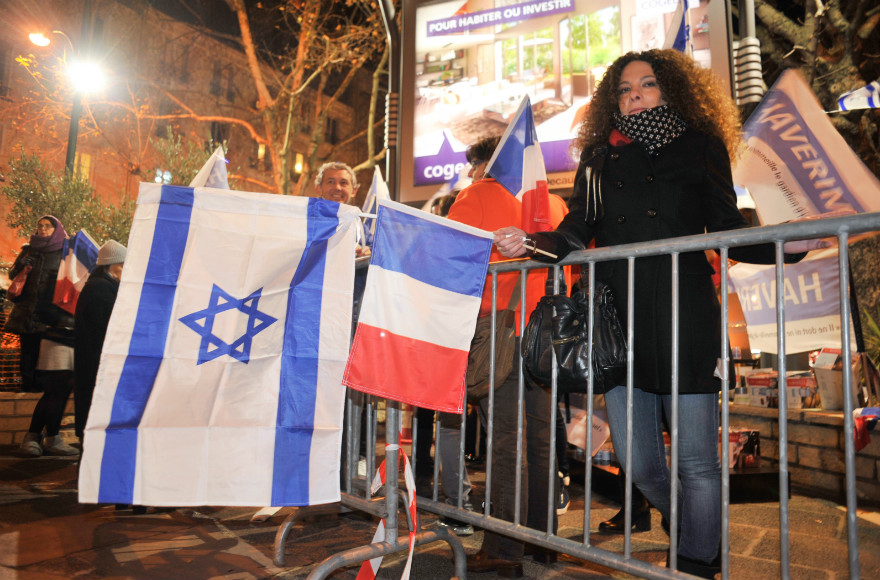 BUDVA, Montenegro (JTA) – Despite protests by some European Jews, Israel will continue its policy of urging them to immigrate to the Jewish state after terrorist attacks, Israel’s ambassador to Macedonia said.

A strong Israel “is the only thing that will guarantee that Jews can continue to enjoy such good life in Europe,” Dan Oryan said this week at a conference in Montenegro. “I don’t agree that we should not call them. We should call all the Jews if they are ready and if it’s good for them.”

He defended what he called a “strong Israel that tells them: there is another option.”

Oryan spoke in response to a speech by the director of the Brussels-based European Jewish Association, Menachem Margolin, who said it was “counterproductive” for Israeli officials to call for Jews to move to the Jewish state in the immediate wake of terrorist attacks. Margolin and Oryan spoke during the Mahar conference on the Jewry of the former Yugoslavia region, organized earlier this month in the Balkan nation of Montenegro with support from the Euro-Asian Jewish Congress.

In January 2015, Israeli Prime Minister Benjamin Netanyahu urged Jews in France to move to Israel, following a massacre perpetrated by Islamists at the Charlie Hebdo magazine in Paris, which was quickly followed by the murder of four Jews at a local kosher supermarket.

“To all the Jews of France, all the Jews of Europe, I would like to say that Israel is not just the place in whose direction you pray, the state of Israel is your home,” Netanyahu said in a televised statement. Days later, then French President François Hollande said, in what was widely perceived as a jab at Netanyahu: “You, French people of the Jewish faith, your place is here, in your home. France is your country.”

Such calls by Israel have angered many French Jews, who worry they reinforce stereotypes of dual loyalty and sound cynical or insensitive at a time of national mourning. Revisiting them in his address, Margolin said they were “counterproductive.”

But Oryan defended them, saying: “From the prime minister you hear a lot of these calls, especially after terrorist attacks and it will continue – with good reason. If the Holocaust victims had somewhere to go as they do today, had they had a prime minister calling them, saying: ‘This is where you need to go,’ then they would have been able to lead a full Jewish life.”

Oryan’s statement came at a time of growing tensions between Israel and the Diaspora: American Jewish leaders have objected to the implementation in Israel of the chief rabbinate’s strict interpretation of Jewish laws and the government’s refusal to implement a compromise between  Orthodox and non-Orthodox Jews at the Western Wall.

These tensions came to a head this week, following Deputy Foreign Minister Tzipi Hotovely’s assertion that US Jews “never send their children to fight for their country” and that “most of them are having quite convenient lives.”

Hotovely on Thursday apologized to anyone offended by her statements.

Rabbi Rick Jacobs, president of the Union for Reform Judaism, in  a statement called on Netanyahu to remove Hotovely from her position.