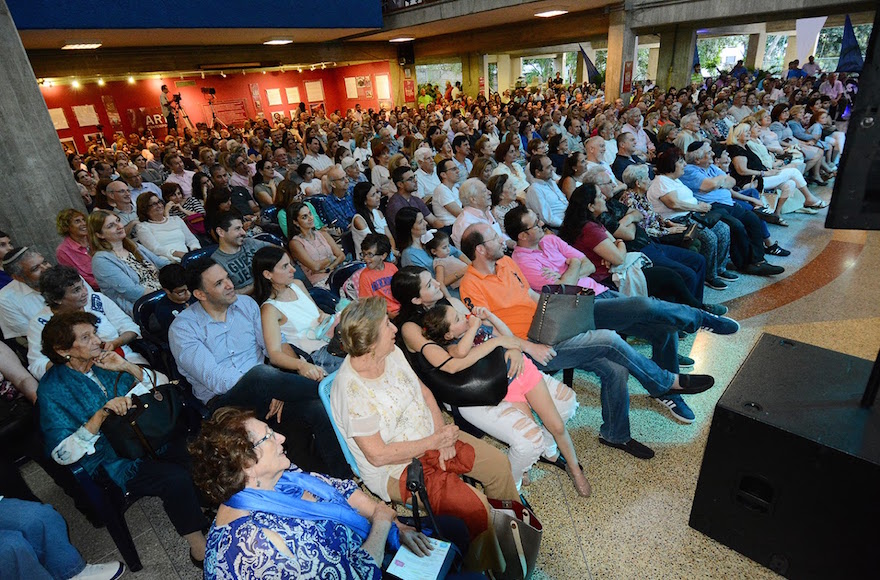 (JTA) — Some 700 Venezuelan Jews participated in the first Limmud Jewish learning and culture event in Caracas, over 10 percent of the country’s Jewish population.

The Limmud program on Sunday included tracks for children and teens.

“It was thrilling to see grandparents, grandchildren, young adults, students, Sephardim, Ashkenazim, secular, religious, people from every part of the community streaming in,” Anabella de Jaroslavsky, a member of the Limud Caracas steering group, said in a statement. “Limud,” Hebrew for “learning,” is spelled with two M’s by its international organizers, but with one M in Spanish-speaking countries.

Some 5,000 to 6,000 Jews live in Venezuela in a total population of 29 million. An estimated 20,000 Jews lived in the Latin American country in 1999, but many have immigrated to Israel, Miami and Spain because of ongoing political, economic and personal security challenges. 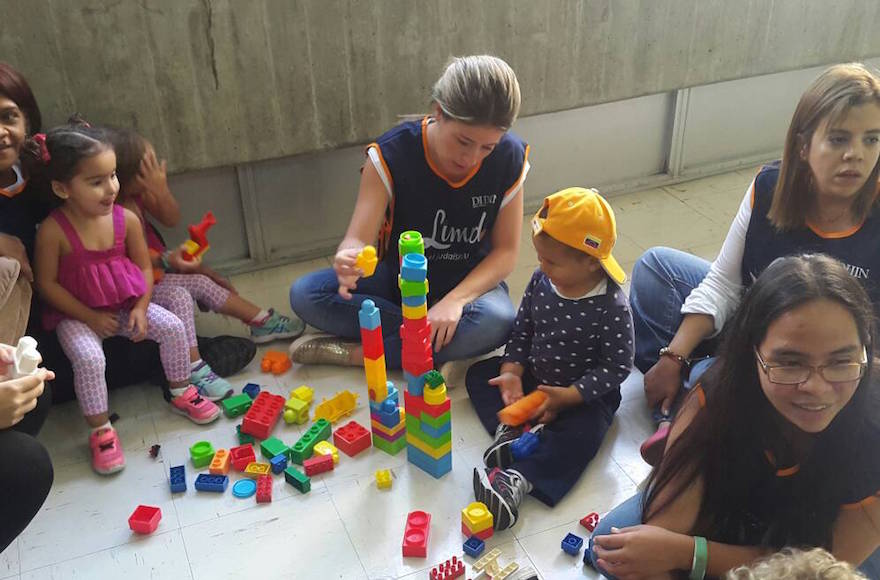 Participants at the first Limud in Caracas ranged in ages from one to 90, Nov. 26, 2017. (Courtesy of Limud Caracas)

The steering committee of 25 planned the event along with 80 volunteers. The Limud was sponsored by the American Jewish Joint Distribution Committee, the Moral y Luces Herzl Bialik School and Hebraica Caracas.

“We heard about Limud Buenos Aires, Peru, Miami and we wanted to bring it here,” said Anita Katz, a Limud Caracas spokeswoman. “Limud adds new light and hope to our community. Today was marked by happiness and a different way for each participant to experience belonging to a people. It has been deeply meaningful.”

Limmud, which was founded in the United Kingdom in 1980, now has more than 80 communities participating in over 40 countries. The first Limmud held in Latin America was a decade ago in Buenos Aires.