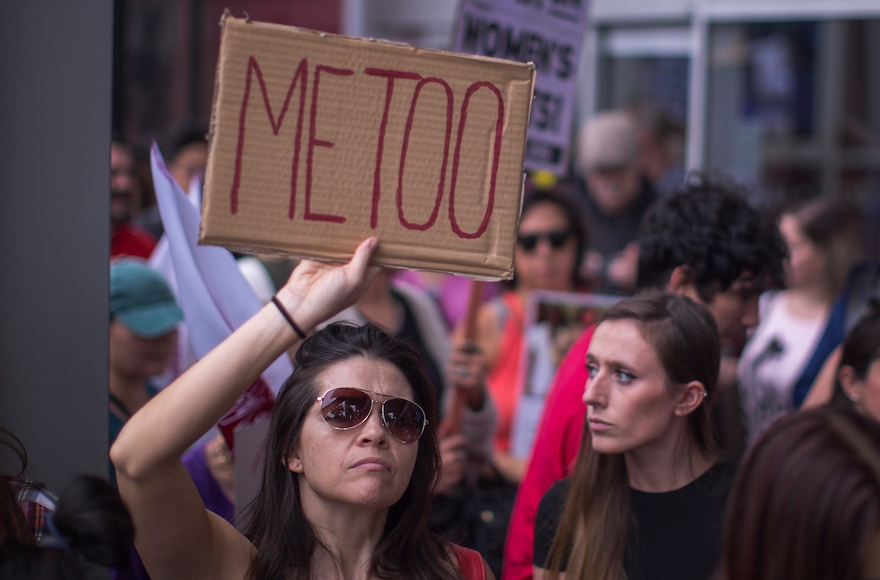 (JTA) — The Conservative movement condemned sexual harassment and assault and urged protocols to prevent and report such incidents.

The movement issued the condemnation Tuesday in a statement on behalf of 10 Conservative groups, including the Rabbinical Assembly and the United Synagogue of Conservative Judaism.

“In the wake of ongoing revelations of alleged sexual misconduct, including the willingness of more and more women, and sometimes men, to tell their stories publicly, the Conservative Jewish movement condemns the behavior of those who use their positions of power to take advantage of others,” the statement read.

It urged developing policies to prevent, report and investigate incidents of sexual misconduct and said that sexual and physical abuse were contrary to Jewish tradition.

On Monday, United Synagogue launched a hotline for reporting sexual impropriety in response to an allegation by a former member of its youth movement that he was inappropriately touched by a staff member.

The statement and launch of the hotline comes amid a flood of allegations that have rattled the worlds of entertainment, politics and the media since last month after dozens of women alleged that Hollywood movie mogul Harvey Weinstein sexually harassed and in some cases assaulted them.