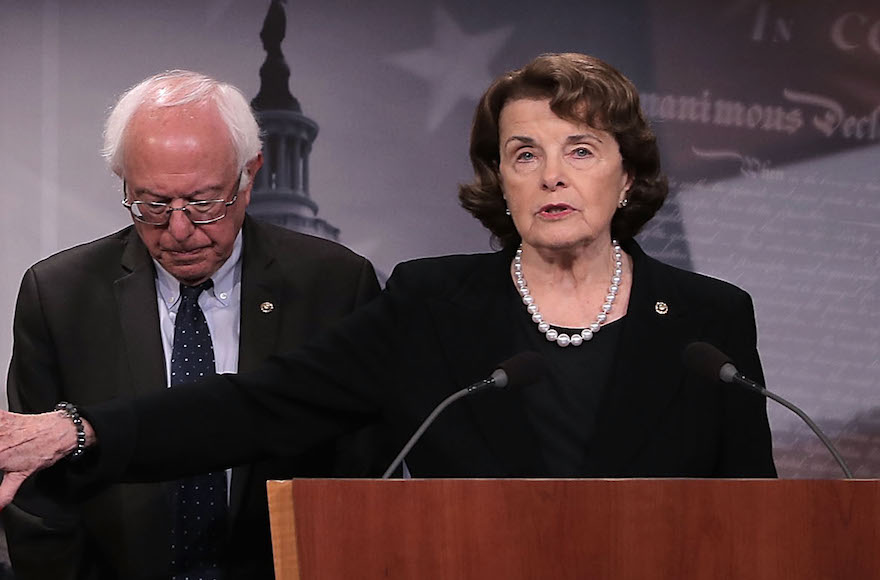 “We have long championed a two-state solution as a just resolution to the Israeli-Palestinian conflict,” said the letter initiated by Sens. Dianne Feinstein, D-Calif., and Bernie Sanders, I-Vt., who are both Jewish. “Yet, your government’s efforts to forcibly evict entire Palestinian communities and expand settlements throughout the West Bank not only directly imperil a two-state solution, but we believe also endanger Israel’s future as a Jewish democracy.”

Nine of the signers are Democrats and Sanders caucuses with them.

The letter comes a month or so after J Street and the liberal Jewish Middle East policy group’s student affiliate, J Street U, launched a campaign to prevent the demolition of Palestinian homes.

“We welcome [the letter] as a sign that top lawmakers are increasingly speaking out about alarming actions by the Israeli government that undermine the two-state solution and endanger Israel’s future as a democratic homeland for the Jewish people,” J Street said in a statement.

The other Jewish senators to sign the letter are Al Franken of Minnesota and Brian Schatz of Hawaii. Sens. Patrick Leahy of Vermont, Dick Durbin of Illinois, Tom Carper of Delaware, Martin Heinrich of New Mexico, Elizabeth Warren of Massachusetts and Jeff Merkley of Oregon also signed.