US aircraft carrier gets a Torah scroll 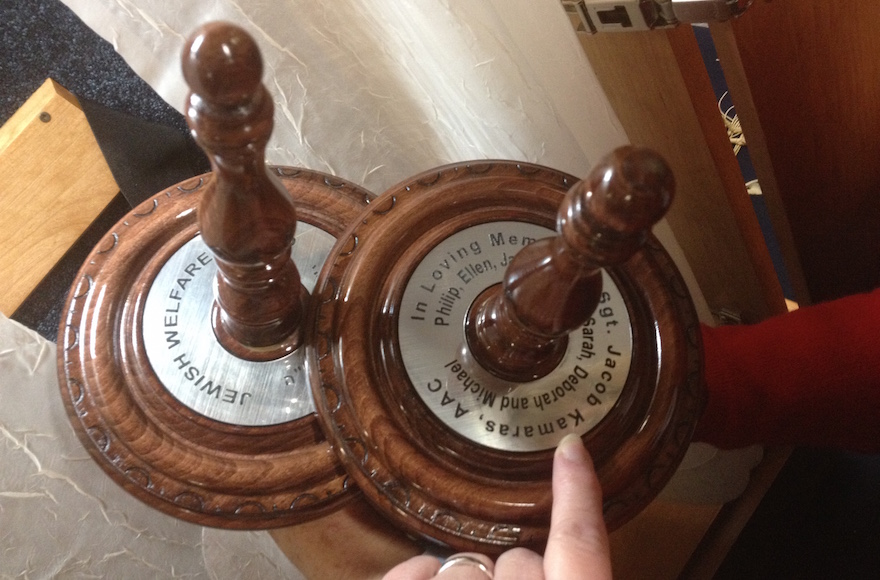 The inscription on a silver plate around the Torah scroll's handles, acknowledging Sgt. Jacob Kamaras and members of his family. (Courtesy of Jacob Kamaras)
Advertisement

WASHINGTON (JTA) — Jewish sailors aboard the Navy aircraft carrier USS Gerald R. Ford now have a Torah scroll to use during their six- to eight-month stints at sea.

The umbrella body for Jewish chaplains, the JWB Jewish Chaplains Council, a program of JCC Association of North America, dedicated the scroll on Wednesday aboard the ship in Norfolk, Virginia.

It was dedicated to the memory Sgt. Jacob Kamaras, a veteran of the U.S. Army Air Corps during World War II. On hand for the ceremony were his son, Philip Kamaras, a New York lawyer, and his namesake grandson, Jacob Kamaras, a journalist and publicist in Houston. 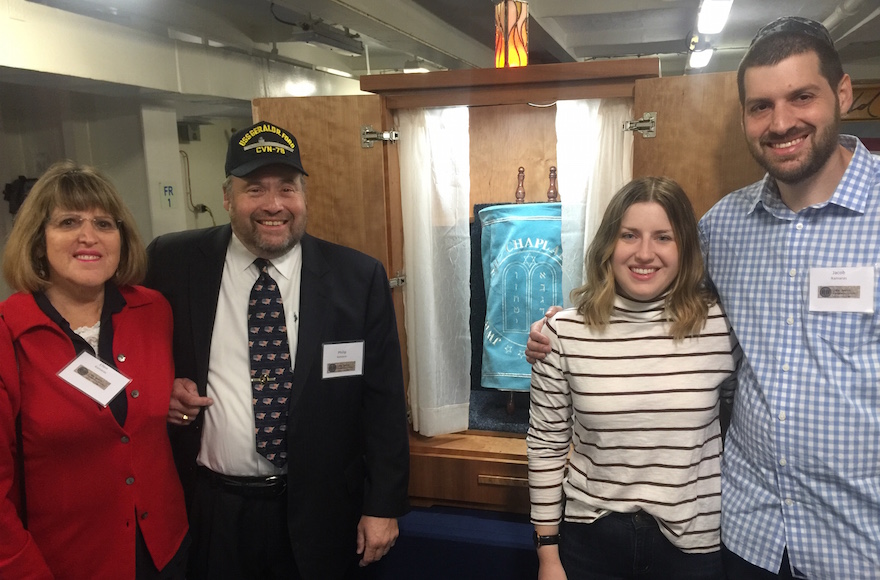 From left to right: Ellen Kamaras, Philip Kamaras, Sarah Kamaras and Jacob Kamaras with the Torah in the ark aboard the USS Gerald R. Ford. (Courtesy of Jacob Kamaras)

The Kamaras family paid for the $36,000 scroll as part of the chaplains’ council Torah for Our Troops campaign, which equips chaplains with travel-size Torah scrolls. The scroll, slightly smaller than those used in most synagogues, is designed for use in the shipboard chapel.

“My dad was a blue-collar worker who was drafted at age 34 before landing in Europe to fight for the four freedoms,” Philip Kamaras said in a statement describing his tailor father, referring to goals articulated by President Franklin Roosevelt in his 1941 State of the Union address. “Now his legacy will live on as his Torah sails the world, overlooking brave sailors and giving them strength.”