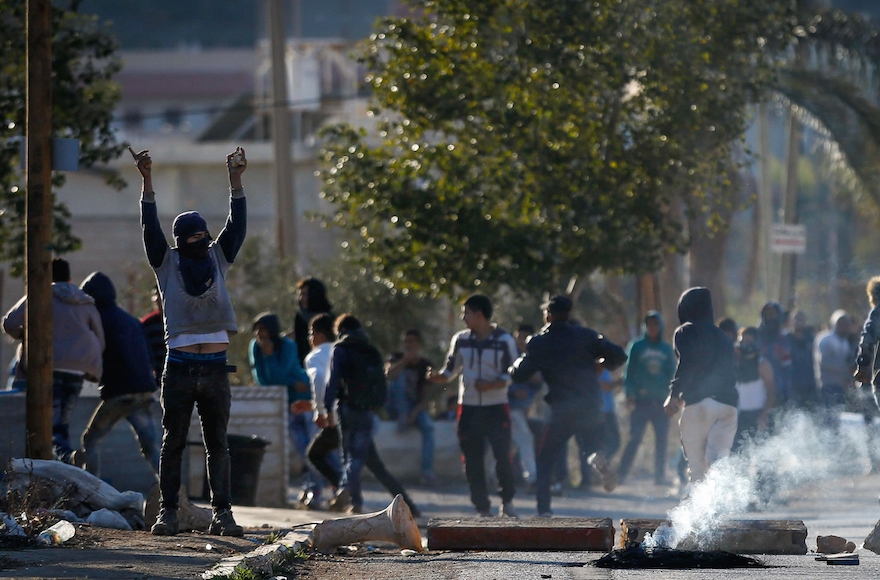 JERUSALEM (JTA) — A Palestinian man was shot dead amid a rock-throwing assault on Jewish children hiking in the West Bank.

During the hike, which was celebrating the bar mitzvah of one of the children, the group walked near the Palestinian village of Qusra, located near Nablus, according to reports.

Parents escorting the children reportedly said at least 30 Palestinian men surrounded them and started throwing rocks. An Israeli father escorting the hike, one of two carrying a gun, fired into the crowd to break it up.

The parent escorts ushered the boys into a cave to keep them safe until Israeli security forces arrived, according to reports. Security forces reportedly used riot dispersal methods, including tear gas, on both sides to stop the clashes.

The Israel Defense Forces said the father shot at Odeh in “self-defense.”

Palestinian reports said Odeh was working in his field when the hikers arrived.