Turns out, a Jewish woman was Miss Germany in 2011 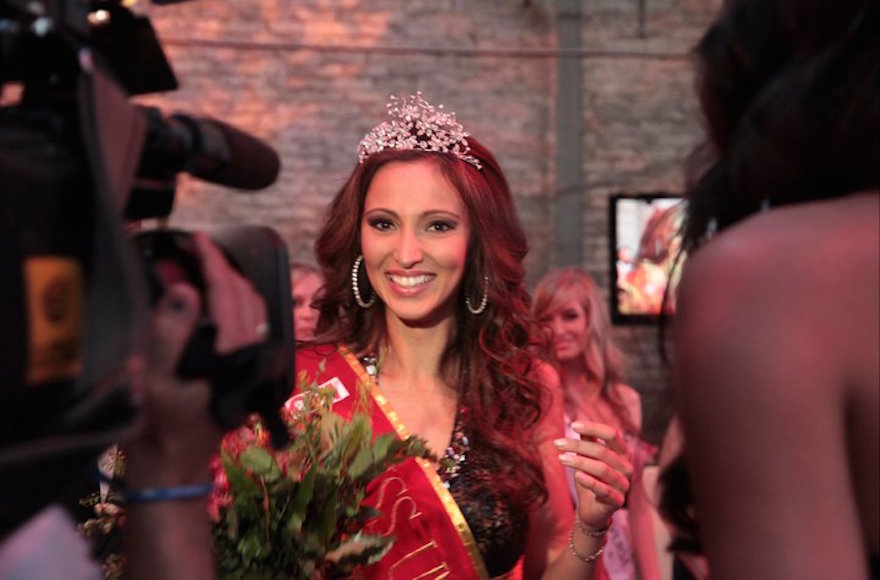 (JTA) — Last week, the story of a Jewish woman competing in the Miss Germany competition went viral, appearing in JTA along with media outlets around the world. Tamar Morali, 21, said organizers told her she was the first Jewish woman to get this far in the beauty pageant.

It turns out the story — and the world of beauty pageants in general — isn’t as straightforward as it seems.

In 2011, a Jewish woman, Valeria Bystritskaia, was crowned Miss Germany. But out of fear of anti-Semitism Bystritskaia, a Russia native who moved to Germany at the age of 7, kept her Jewish heritage a secret.

Bystritskaia, 31, is the Moscow-born daughter of a Ukrainian-Jewish mother and Russian father. In 1993, she told JTA, she and her mother moved to Germany to escape anti-Semitism, eventually settling in the city of Karlsruhe. Her mother warned her not to tell anyone about her Jewish heritage, though Bystritskaia said she was bullied in school for being a foreigner.

At 17, she was discovered by a modeling agent, and after four years of modeling she entered her first beauty pageant. She went on to win more than 30 titles, and at age 25 she was crowned Miss Universe Germany. She represented Germany in the Miss Universe 2011 pageant, although she did not place in the top 16.

Bystritskaia said organizers never asked about her religious background and she did not tell anyone, so the fact that she was Jewish was never reported.

Following her victory, however, Bystritskaia experienced anti-Semitic harassment on social media. She said she’s still not sure how people found out about her Jewish background.

“The worst was someone who wrote ‘Hitler forgot about her and her family,'” she told JTA in an email this week.

That spurred her to leave the country.

Bystritskaia, who speaks five languages — Russian, English, German, Italian and French — settled in New York, whose vibrant Jewish community helped reconnect her to her roots. She attended synagogue for the second time ever.

Judaism also connected her to her husband, Joel Mowbray, the founder of Fourth Factor Consulting, which works with Silicon Valley technology companies and pro-Israel think tanks. The pair met in 2016 during kiddush at Manhattan Jewish Experience, an organization for young Jewish professionals. They wed the following year in Aspen, Colorado.

Bystritskaia is still modeling, as well as pursuing an acting career. Her mother, still in Germany, is pleased her daughter made the U.S. move.

“She’s so happy for me that I’m able to live as a Jew, openly and free, without any fear in America,” Bystritskaia told JTA in a telephone interview. “She was so touched that I was able to have a Jewish wedding.”

JTA was not able to verify whether Bystritskaia was the first Jewish woman to win the Miss Universe Germany crown. Organizer Kim Kotter said there have been other Jewish contestants and suggested an earlier winner may also have had Jewish roots.

However, the woman Kotter mentioned told JTA she did not have Jewish ancestry.

“We really like a cultural group of finalists,” Kotter told JTA in an email. “Many of our girls have a mixed background, and also Jewish.”