That 50-shekel bill with the intermarried poet’s picture? Don’t look at it, an Israeli rabbi rules. 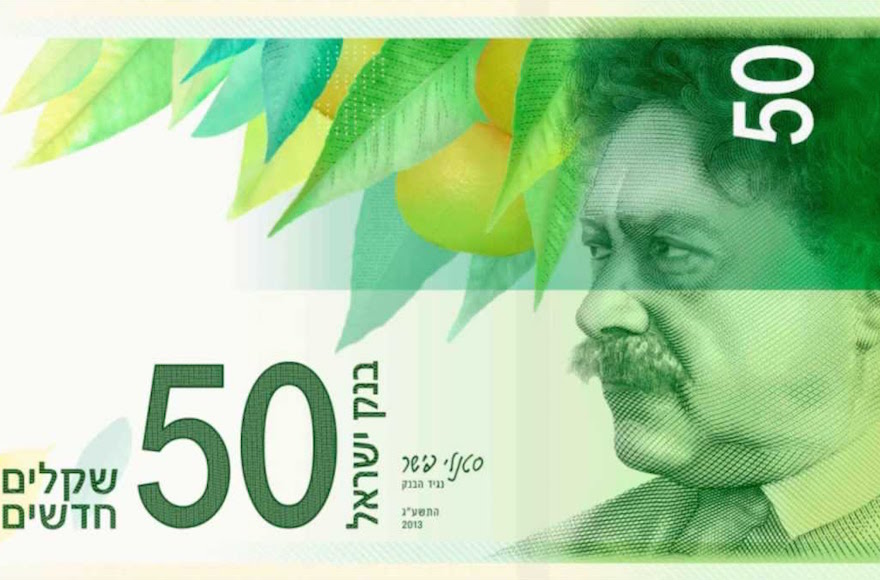 JERUSALEM (JTA) — A prominent haredi Orthodox Sephardi rabbi in Israel ruled that religious people should not look at the 50-shekel banknote because the poet featured on its front was married to a Christian woman.

Rabbi Benzion Mutzafi reportedly made the ruling over the weekend concerning the bill showing Shaul Tchernichovsky, a renowned Hebrew poet who was married to a non-Jewish Russian woman named Melania Karlova. The ruling was first reported on the haredi Orthodox news website Kikar Hashabbat.

“They say that at the time, (then-chief rabbi) Rabbi Avraham Kook begged, implored and asked him to try to convince her to convert to Judaism. And he refused,” Mutzafi reportedly said of Tchernichovsky.

The rabbi also said: “In our tradition, there are grave things written about whoever (lives) with a Christian. Tied to him like a dog. (They) are called apostates.”

Mutzafi reportedly took out a 50-shekel banknote and told one of his students that he was forbidden from looking at it. The rabbi said he keeps such banknotes folded with the portrait on the inside so he does not have to look at it.

The Jerusalem Post reported that the rabbi also gave the same ruling in the Ask the Rabbi section of his website.