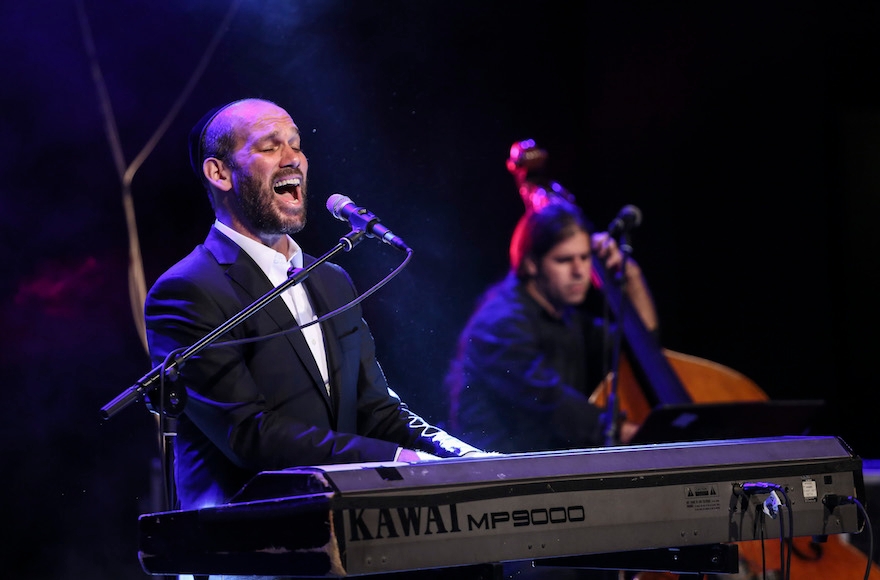 (JTA) — A popular haredi Orthodox singer covered his eyes with tape during a Jerusalem concert so he would not have to see women dancing.

Watching women dance is forbidden in Orthodox Jewish law, but Yonatan Razel’s move on Sunday is being called unprecedented. He covered his eyes for a few minutes at the International Conference Center show when some women began to dance at the front of the crowd, then removed the tape for the rest of the concert.

WATCH: Ultra-Orthodox singer Yonatan Razel covers his eyes with masking tape during a performance in #Jerusalem. Why? To avoid seeing women near the stage dancing to his #music.
VIDEO: Kikar HaShabbat@i24NEWS_EN pic.twitter.com/dJ3GdQs1B1

Razel, 44, is one of Israel’s most successful haredi performers and recently released his third album. The concert was at a festival of Orthodox music for women.

Razel’s move prompted some criticism online and from women’s groups.

This makes me really sad. I really enjoy Yonatan Razel's music and play it often. Seems like this was done rather intentionally as there are so many different ways to avoid looking at someone/something versus TAPING YOUR EYES SHUT: https://t.co/j084Tf5lrJ via @timesofisrael

“How far will this ostensibly religious extremism go?” Galia Wolloch, head of the women’s rights group Na’amat, wrote on Facebook. “And who are the religious authorities who encourage this bizarre behavior?”

Razel’s representative said the singer’s actions have been overly scrutinized.

“Razel wants to say that he has appeared regularly for years before women and respects them, and his actions yesterday should not be given any other significance,” he said.