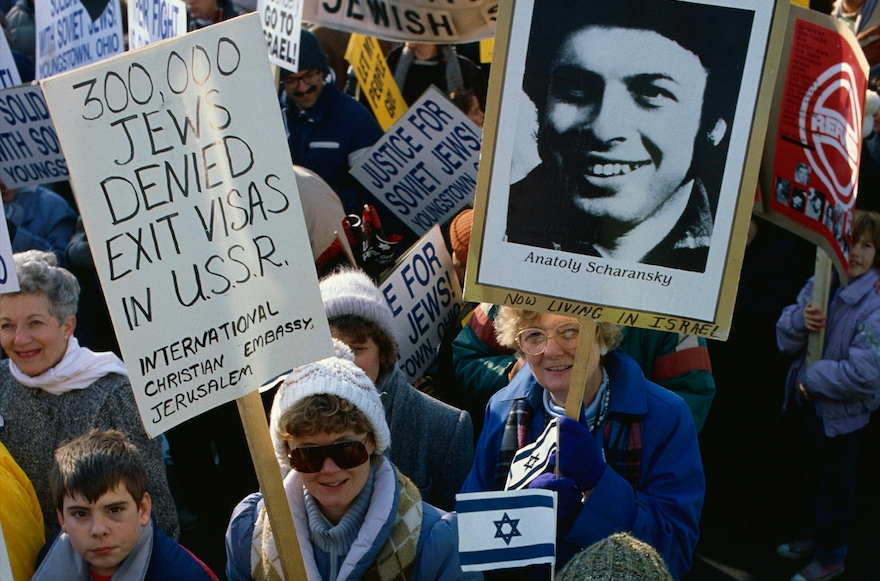 (JTA) — Thirty years ago to this day saw the largest gathering of Jews in American history.

On Dec. 6, 1987, some 250,000 Jews came together on the National Mall in Washington, D.C., to protest on behalf of Soviet Jewry. The demonstration, one day ahead of a summit between President Ronald Reagan and Soviet Premier Mikhail Gorbachev, called for freedom of emigration for the 3 million Soviet Jews, as well as an end to their persecution within the communist bloc.

Beyond its raw power in numbers, the demonstration featured then-Vice President George H.W. Bush, as well as senators, House members and other dignitaries. Jewish leaders also spoke, as did Nobel laureate Elie Weisel and Natan Sharansky, the refusenik who had been released from the gulag just one year earlier and personified Soviet Jewry’s struggle.

JTA spoke by phone Wednesday with Sharansky — now the chairman of the Jewish Agency for Israel — about the march’s resonance, what it achieved and why, only a day before the march, Sharansky wasn’t even sure whether it would happen.

JTA : Happy anniversary. What’s your most lasting memory from the march?

Sharansky: It was a very pleasant day to remember. I was speaking to hundreds of thousands of American Jews, and they believed in this with absolute devotion. [But] no one knew that would happen. There were predictions that there would be rain, and I thought at the last moment, what will happen?

The KGB was telling me [while in the gulag], “the people supporting you are students and housewives,” and I knew it was not true. I knew the power of American Jewish solidarity. To see the power of this solidarity, it was so moving, so exciting. This was 15 years of the movement, of the struggle, materialized in one picture. 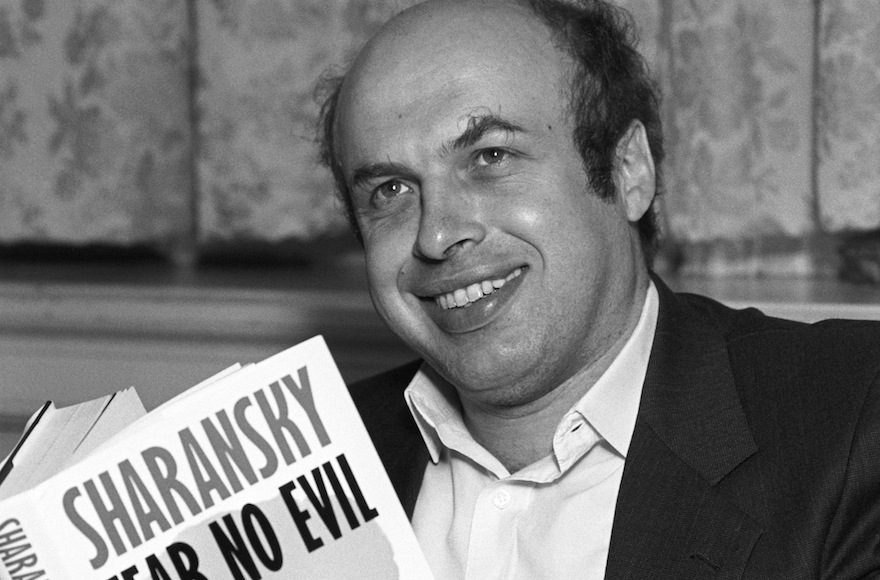 Natan Sharansky pictured with a copy of his book “Fear No Evil,” July 1988. (Express Newspapers/Getty Images)

Was it also meaningful to have prominent politicians supporting you, like the vice president?

It was not the most important. It was important to bring hundreds of thousands of American Jews to Washington in winter … because Russians understand American politics. They understand that what is popular with the electorate, senators will do. They had already read letters from senators, presidents and congressmen. Politicians by themselves weren’t the power. The power was hundreds of thousands of people coming and demonstrating. The American president said, “You see what my people think. I cannot change it.”

What do you think the rally achieved?

We know what happened after this.

[Gorbachev] was releasing one after another prisoner of Zion, [but] it was still a limited number, in order to decrease the pressure without opening the gates. After this demonstration it was absolutely clear that nothing less than releasing Soviet Jews and bringing down the Iron Curtain will satisfy America. They could not compromise on anything less than freedom of immigration.

Why is the march still significant today?

There’s so much cynicism and disbelief in our power. The history of the struggle for Soviet Jewry can remind us of the real power we Jews have when we are united. United doesn’t mean we are of the same opinion. This demonstration was born of very big disagreements and competition and disbelief, and everyone stated their beliefs, but nonetheless contributed. Different opinions of different organizations doesn’t mean we can’t be together in the same struggle.

This feeling of solidarity, I can say as the head of the Jewish Agency who is involved in many disagreements between Israel and Jewish communities, the feeling of interdependence, of “all Jews are responsible for one another,” is so strong and so deep. We can’t permit our skepticism and cynicism. All this should not distract us from the sense that we are dependent on one another.

Would a rally like this be possible today, with all the divisions among Jews?

[Here, Sharansky refers to a 2002 rally in Washington to support Israel that drew more than 100,000 Jews. The rally, which took place at the height of the second intifada in Israel, was the second-largest gathering of American Jews in history.]

I have no doubt. During the second intifada, there was a lot of criticism of Israel from some people. It became clear that Israel was under threat of big terror attacks. Without any preparation, [the rally] was organized in 48 hours with all the organizations on the left and the right.

If there’s a part of our people in danger, the level of solidarity is very high. From time to time we need to remind ourselves of what unites us. We always talk about what disunited us, but even when we are dealing with some big disappointments … we should not permit ourselves to forget for a moment that what unites us is much bigger.