Amid global outcry over US recognition of Jerusalem, Israel sees other countries coming around 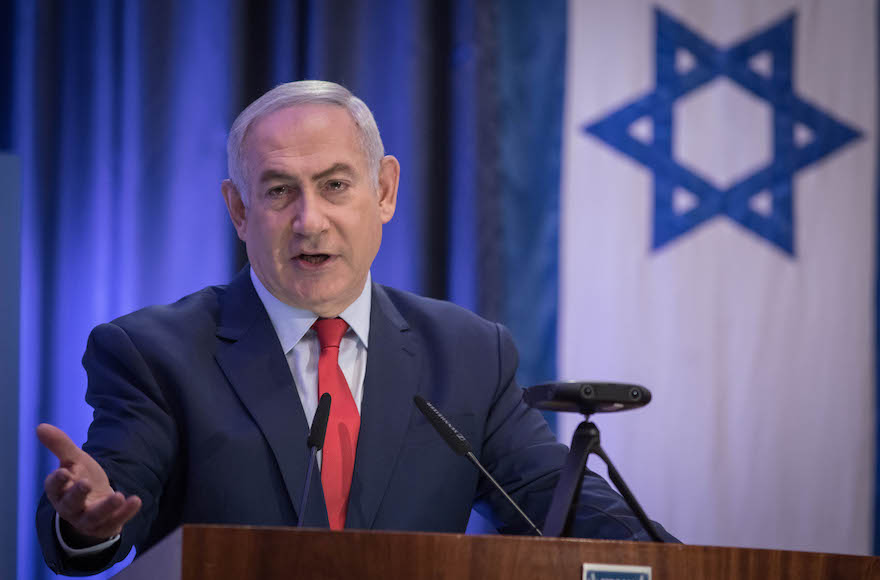 JERUSALEM (JTA) — Israel said it expects other countries to follow America’s example and recognize Jerusalem as its capital, even as much of the world decried the U.S. decision to move toward relocating its embassy to the city.

Speaking at a diplomatic conference Thursday, a day after the historic shift in U.S. policy, which he welcomed, Prime Minister Benjamin Netanyahu said he was in contact with countries interested in such actions.

“We are holding contacts with other countries who will also recognize Jerusalem as Israel’s capital. I have no doubt than when the U.S. Embassy will move there, and even before that, many embassies will relocate to Jerusalem,” he said at the Foreign Ministry in Jerusalem. “It’s about time.”

Israeli officials who spoke anonymously on Thursday downplayed the threat of a diplomatic backlash to the American move. On Wednesday, Palestinian President Mahmoud Abbas declared that the United States can no longer act as a mediator between Israel and the Palestinians. World leaders expressed concern and Arab and Muslim leaders warned of disaster.

On Thursday, Hamas leader Ismail Haniyeh called for Palestinians to launch a new intifada, and the Israeli army braced for violence by redeploying troops to the West Bank and putting more soldiers on standby.

The Israeli officials said they expect Czech President Milos Zeman to recognize Jerusalem as Israel’s capital later in the day. They said both the Czech Republic and the Phillipines were eager to move their embassies to Jerusalem from Tel Aviv.

The Czech Republic’s Foreign Ministry said Wednesday it considers Jerusalem to be “in fact the capital of Israel in the borders of the demarcation line from 1967,” meaning only the city’s western part. But the ministry said it would not move the embassy prior to a negotiated Israeli-Palestinian deal. Although the Czech parliament already recognized Jerusalem as Israel’s capital earlier this year, the country’s embassy has remained in the Tel Aviv area.

Jerusalem reportedly anticipates that Hungary may move its embassy to Jerusalem as well. According to The Times of Israel, citing unnamed European sources, Budapest blocked a joint European Union statement that would have opposed the historic change in the U.S. position.

U.S. President Donald Trump signed a proclamation at the White House Wednesday saying the United States sees Jerusalem as Israel’s capital and directing the State Department to start planning an embassy in the city. Trump said the decision should not impinge on his administration’s efforts to bring about a peace agreement between Israelis and Palestinians. He said the proclamation does not presume the outcome of Jerusalem’s status in negotiations and he urged continued Muslim administration of the Temple Mount, a site holy to both Jews and Muslims and a flashpoint in the Israeli-Palestinian conflict.

Hours later, Trump signed a waiver putting off moving the embassy by another six months.