Palestinians burn US and Israeli flags in riots over Jerusalem 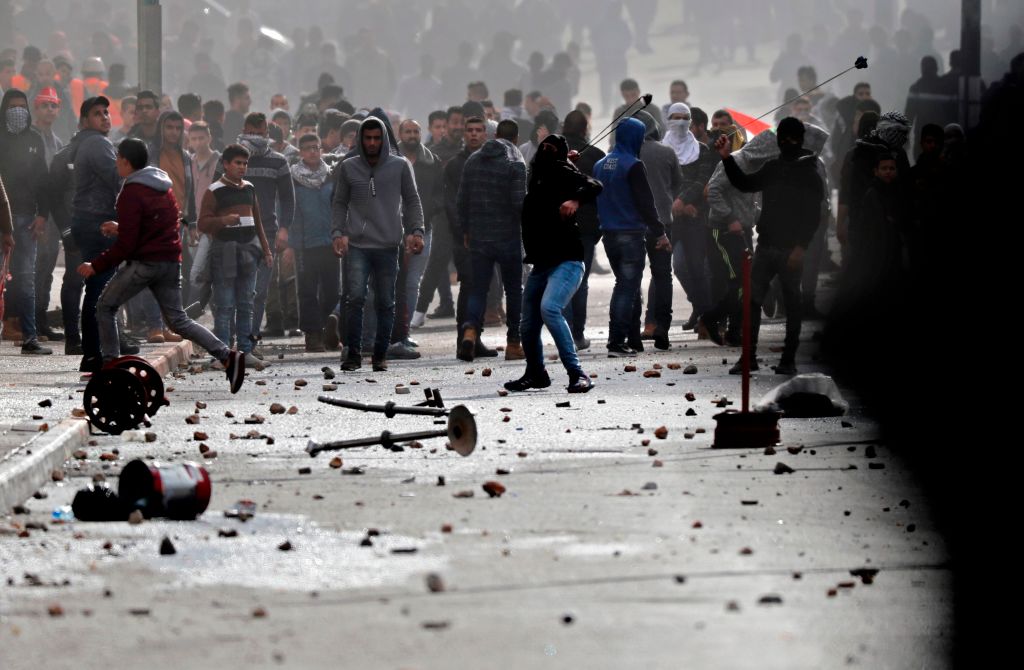 Demonstrators on Thursday burned tires as well as American and Israeli flags and threw rocks at Israeli security forces and Israeli cars as the Palestinian Authority called for a general strike, leaving stores shuttered and school cancelled.

Soldiers clashed with protestors in Jerusalem’s Old City, including at a demonstration at the Damascus Gate. A CNN video from the West Bank city Ramallah showed large crowds throwing stones and burning flags. In Nablus, protesters burned an effigy of President Donald Trump as part of the protest. Clashes also occurred in Bethlehem.

The Israel Defense Forces announced Thursday morning that it beefed up its presence in the West Bank. Israeli troops used rubber bullets and tear gas to control the demonstrators. At least eight Palestinians have been injured in the clashes.

Following Trump’s announcement, Palestinian officials turned off the lights of the giant Christmas tree in the Bethlehem in protest.

In Gaza, Hamas leader Ismail Haniyeh called for a new intifada, or uprising to begin Friday as an “expression of rage,” against the U.S. decision.

Reversing decades of American foreign policy, President Donald Trump on Wednesday signed a proclamation recognizing Jerusalem as Israel’s capital and directing the State Department to start planning to move the U.S. embassy to the city. The embassy is currently in Tel Aviv.