Naomi Lauter, who led AIPAC efforts in San Francisco for 50 years, dies at 87 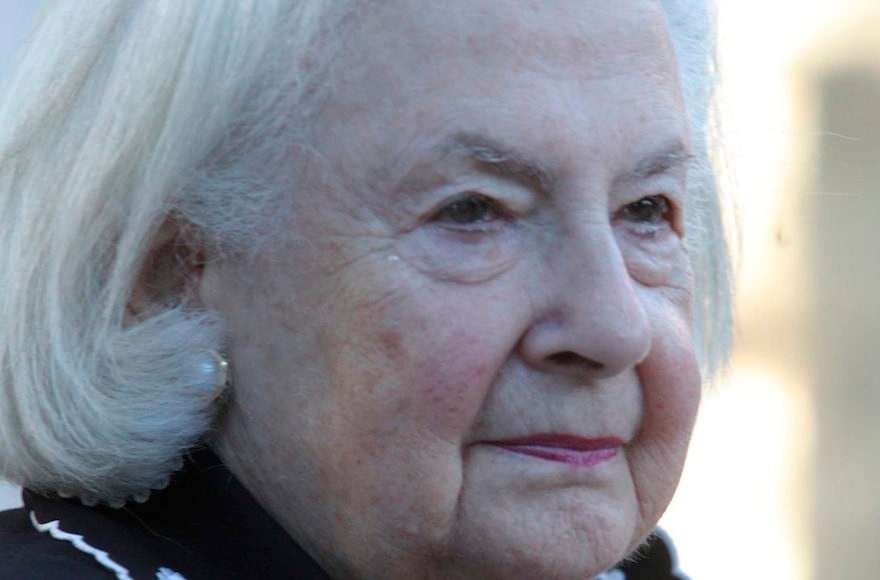 Naomi Lauter opened AIPAC’s Bay Area office in 1983, and after 16 years there she became the organization’s community consultant. (J. The Jewish News of Northern California)
Advertisement

SAN FRANCISCO (J. The Jewish News of Northern California via JTA) — Naomi Lauter, who led Bay Area operations for the American Jewish Public Affairs Committee for more than half a century, has died.

Lauter died Dec. 4 in San Francisco, the city where she was born and lived most of her life. The cause was congestive heart failure, J. reported.

She was 87 and had retired only eight years earlier.

Lauter started as AIPAC’s chief volunteer recruiter in the 1950s, going on to open its Bay Area office in 1983 and serving as its first regional director. Approaching her 70s, she became a consultant in the late 1990s.

She also played a pivotal role in establishing the San Francisco Holocaust Memorial near the Palace of the Legion of Honor, helped launch services for the Bay Area’s Holocaust survivor population and co-founded the New Israel Fund.

Rep. Nancy Pelosi, D-Calif., called Lauter “my cherished, close friend and an inspiring force in our community for civil rights, justice and meeting the needs of all people. As a pillar of the San Francisco Jewish community, she worked tirelessly to uphold and enhance the strong U.S.-Israel relationship not just in California but around the country.”

“Many will carry on her work because she was such an effective teacher – and that is her remarkable legacy. And, at the same time, this force of nature will be greatly missed,” he told J.

Naomi Ets-Hokin was born in San Francisco to a father who ran an electrical engineering firm and sat on numerous Jewish communal boards and a Hungarian-born mother who volunteered for Hadassah. There were nightly discussions at the kitchen table.

“There was never a night we didn’t go to the Encyclopedia Britannica,” she told J. in a 2010 interview.

While a student at Lowell High School, she met Robert Lauter on a blind date. Before long she joined him at the University of California, Berkeley. The two eventually wed and were married for 61 years.

I.L. (Si) Kenen, who in 1951 founded the agency that later became AIPAC, recruited Lauter to expand the organization’s volunteer base, and she remained one of its most active volunteers for decades. In 1983, she opened AIPAC’s Bay Area office, and after 16 years there she became the organization’s community consultant, traveling the country to train AIPAC staff. She visited Israel more than 35 times.

In addition to her Jewish community activities, Lauter became involved with the civil rights movement in the early 1960s, volunteering with the Student Nonviolent Coordinating Committee and later working to desegregate San Francisco schools.

In 2010, Lauter stepped back from the daily grind of her AIPAC duties, but she remained fully engaged with politics, the Jewish community and her growing family. Her husband died in 2012.