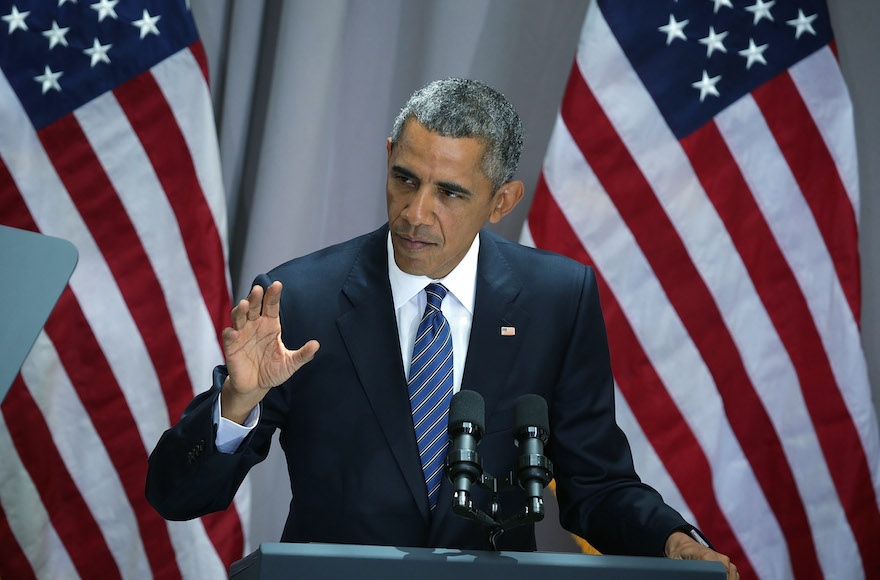 Politico quoted on the record three officials who ran Operation Cassandra, a task force principally run by the Drug Enforcement Agency, as saying their efforts to bring down the Lebanon-based terror group’s drug-running network was derailed in part out of the administration’s “desire for a negotiated settlement” to curb the nuclear ambitions of Iran, a benefactor of Hezbollah.

“This was a policy decision, it was a systematic decision,” David Asher, who was a Pentagon illicit finance analyst and is now an adviser to the Foundation for Defense of Democracies, told Politico. “They serially ripped apart this entire effort that was very well supported and resourced, and it was done from the top down.”

The Hezbollah network, the officials said, was particularly expansive in Latin America, and financed Hezbollah’s arms purchases and terror operations.

The officials told Politico that the Justice Department refused to investigate and prosecute a Hezbollah figure considered the “linchpin” of Hezbollah’s criminal network, among other figures, and that the administration rejected repeated efforts by the investigators to charge Hezbollah’s military wing under a federal Mafia-style racketeering statute.

Obama administration officials quoted in the article denied that the Iran deal drove the obstructions faced by the former Cassandra officials, saying that interagency spats and broader concerns about U.S. interests caused the problems.

An unnamed former Obama administration, Politico wrote, offered several reasons for letting Hezbollah off the hook, including “the fear of reprisals by Hezbollah against the United States and Israel, and the need to maintain peace and stability in the Middle East.” At least one of the incidents, a derailed anti-drug mission in Colombia, predated the Obama administration.

The assessments by the three officials are based on their recall of interactions with other unnamed officials during Obama’s two terms and their impressions.

The officials are Jack Kelly, the DEA supervisory agent who led the Cassandra task force and is now retired; Derek Maltz, who headed DEA’s Special Operations Division until 2014 and now directs a security consultancy; and Asher.

“They will believe until death that we were shut down because of the Iran deal,” Maltz said of his colleagues. “My gut feeling? My instinct as a guy doing this for 28 years is that it certainly contributed to why we got pushed aside and picked apart. There is no doubt in my mind.”

There were a number of arrests and prosecutions during the period the article covers, but the agents said their requests for broader racketeering prosecutions — which would have allowed them to piece together disparate alleged crimes into a conspiracy — were consistently turned down and that diplomatic support was lacking.

The former Cassandra officials cited among others the case of Ali Fayad, a Ukraine-based arms merchant detained in 2014 by Czech authorities. Czech authorities released Fayad in 2016, reportedly under pressure from Russia, and he was allowed to return to Lebanon.

Fayad was indicted in the United States for plotting the murders of U.S. officials, providing support to a terrorist organization and attempting to smuggle anti-aircraft missiles. The Obama administration protested the release after the fact, but the agents said it did little to pressure to the Czechs to extradite him to the United States.

The Iran nuclear deal traded sanctions relief for Iran’s rollback of its nuclear program. Israel’s government and a number of pro-Israel groups — among them the Foundation for Defense of Democracies — vehemently criticized the deal.

Hezbollah, which launched a war with Israel in 2006, is a U.S.-designated terrorist group with deep ties inside Lebanon’s government. It is allied with Iran and has joined that country in propping up the Assad regime in Syria during the civil war that has raged there since 2011.

Critics of Obama and the nuclear deal seized on the Politico report.

Morton Klein, president of the Zionist Organization of America, sent a news release with a summary of the article.

“Instead of drawing the conclusion that Iran was up to its neck in terrorism and drug-trafficking, President Obama ploughed forward despite to empower Iran via the nuclear agreement he foisted on America,” Klein said. “It is an extraordinary dereliction of duty for a president.”

Donald Trump Jr., the president’s son, forwarded the article with a tweet reading, “The secret backstory of how Obama let Hezbollah off the hook. The real collusion story no one will cover.”