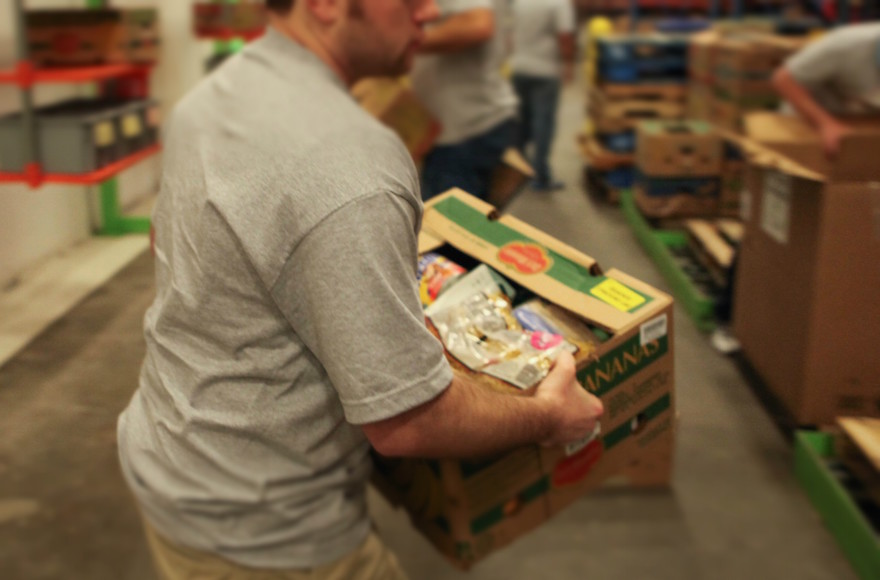 A number of articles have been published recently in the Forward about a “point system” game played by members of United Synagogue Youth (and other Jewish youth groups) now and in the past. According to the game, teens keep an informal tally of their “hookups” with other members, earning points for their partner’s position in the youth group hierarchy.

“Sexual experimentation is a fact of life anywhere teens gather,” according to the Forward. “But the ‘points system’ explicitly links sex to power and status within the youth organization.”

Oh please. It is clear that some people don’t really understand what it means to be part of a Jewish youth movement, especially USY. The point system is not a real game. It is a parody. When one teen says to another, “Oh, you are worth this many points,” both get the joke.

I am a high school junior and a member of the Hagalil (New Jersey) USY Regional Executive Board. As I understand it, the game’s origin was in the 1980s in response to the societal trend of objectifying people and rating them based on their looks (a “10” would never be seen with a “4”). The progressive teenage USYers put their own spin on this “lookist” and misogynistic system by creating a parody of it. At a time when the movement was implementing widespread egalitarianism, they would never assign “points” based on looks, but rather on the level of leadership one had attained within the organization.

The parody of secular society’s emphasis on looks reflected how USYers continued to value social awareness, Israel advocacy, tikkun olam — and yes, leadership — as its most important virtues. Like all teenagers, USYers love to play games. But critics who purport to be alarmed by a satirical “points system” are clearly out of touch with the games USYers really play.

One important “game” takes place annually at our international convention, where almost a thousand teens and staff from around the world gather to celebrate their Judaism. Every year we take one day from our busy schedule to give back to the community hosting us. Last year, in Dallas, the sophomores ventured out to a local Goodwill distribution center. Captains at various locations led us in a healthy competition to see which grade could sort the most goods in the time we were given, with an elaborate “point system” on how many containers we had sorted. It was an unbelievably rewarding day. Clearly everyone was a winner.

Each year, there are over 50 regional encampments, kinnusim and shabbatons attended by thousands of teenagers throughout North America who come to pray, study and play games. One game that has been played for generations is called British Haganah, an elaborate “capture the flag”-type  in which players re-enact the struggle of immigrants coming to Israel prior to its independence in 1948. Whether played in Wisconsin, Arizona or Pennsylvania, the game has a long history of illuminating the triumph of the Jewish people and leaves teens inspired for a lifetime.

Among of the more prominent games played by hundreds of USY chapters around North America is donating to the Tikkun Olam Fund. This “game” has many different forms. Chapters are recognized each year for raising the most money overall and the most per member. They raise the money through creative events and games. While donating large or small sums, we truly are repairing the world.

The most important aspect of USY is leadership, which no one would consider a game. At every level of USY there are elected executive boards, appointed general boards and numerous event chairpeople. What the author of the Forward articles refers to as “USY’s rigidly hierarchical organizational structure” is actually a well-built, well-run youth organization that values and teaches leadership and student self-governance. And it works. On an almost daily basis I encounter adult leaders in political, professional, business and Jewish communal roles who held USY leadership positions earlier in their lives. USY has historically helped to paint the leadership landscape of our world. And today is no different.

USY is not about rating people nor about hooking up, whether for points or otherwise. USY is about making teens into leaders. USY is about donating millions of dollars over the years to thousands of charities. USY is about having a great time with remarkable Jewish teens from around the world.

(Maya Wasserman is a junior at Golda Och Academy in West Orange, New Jersey, and a member of the Hagalil [New Jersey] USY Regional Executive Board.)