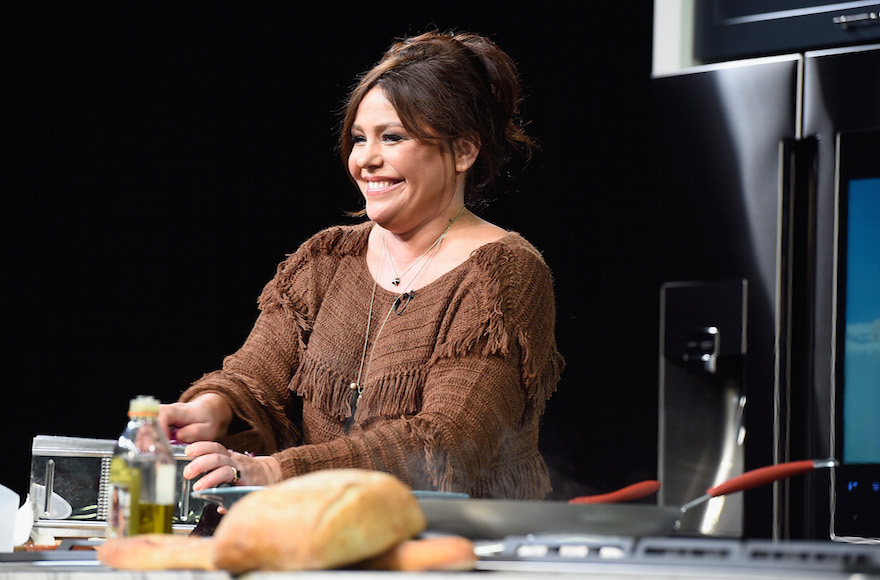 Ray (who isn’t Jewish) sparked the debate last week — likely without meaning to — with a series of tweets about an “Israeli nite” meal. The foods she tweeted about included hummus, tabouli, stuffed grape leaves, chicken fried in za’atar and cucumber salad.

The posts spurred a cascade of more than 1,600 replies, most of them critical. Twitter users noted that the foods’ names are all Arabic and pounced on her for labeling them Israeli, rather than Arab or Palestinian.

The criticism started out as jokey and satirical, with people labeling photos of hamburgers, tacos and pizza as “Israeli:”

But the conversation took a darker and more serious turn, as some accused Israel of stealing Palestinian culture and land:

Soon enough, the conversation became another bitter, repetitive debate between pro-Palestinian and pro-Israel activists. One side tweeted a series of four maps meant to illustrate “Palestinian loss of land.” The other responded with tweets of the Balfour Declaration, which endorsed Israel’s establishment in 1917, and graphics meant to convey that Palestinians don’t have their own nation. Some anti-Semitic and anti-Arab cartoons were mixed in along the way.

Other Twitter users came to Ray’s defense by pointing out that these foods are cooked across the Middle East — including by Jews who were expelled from Arab countries and fled to Israel. (In addition, about 20 percent of Israel’s citizens are Arabic.)

Yusuf, Israeli cuisine is a beautiful celebration of Jews from around the world, including 800,000 Jews Arabs threw out from Arab countries. In Israel you have Eastern and Western food mixed perfectly. Stop cultural appropriation, palestinians don't own chopped salad or za'atar.

This debate isn’t new. Israeli food, like all aspects of Israeli identity, is multifaceted, sometimes contradictory and often controversial. Israelis hail from a range of countries across continents and have meshed their traditions in a messy and intricate amalgam.

But whether due to location, demographics or taste, Middle Eastern cuisine — think hummus, falafel and shawarma — has come to dominate the Israeli food scene. Israeli Jews often don’t deny that these foods are Arab or Palestinian in origin. One of the most popular types of hummus in Israel is called “hummus Abu Ghosh,” named for an Arab town west of Jerusalem. The image of being able to “eat hummus in Damascus,” the capital of Syria, is sometimes used as a metaphor for Israel’s goal of peace with its neighbors.

Palestinians, however, see Israeli claims to these foods as just one more form of oppression. Yousef Munayyer, who directs the U.S. Campaign for Palestinian Rights, wrote in a tweet thread that Ray’s tweets contribute to a culture in which “Palestinians, as a people, are often told they do not exist.”

So please understand, when you label this food “Israeli” you’re participating in a broad process of replacement that goes way beyond what is on a plate and is instead about denying Palestinians even have a place at the global table.

Ray hasn’t yet responded to the uproar. She did, however, move on to tweeting about a Greek feast later that night. To that, we can all say: opa!