Lebanese foreign minister criticized for saying: ‘We are not against Israel living in security’ 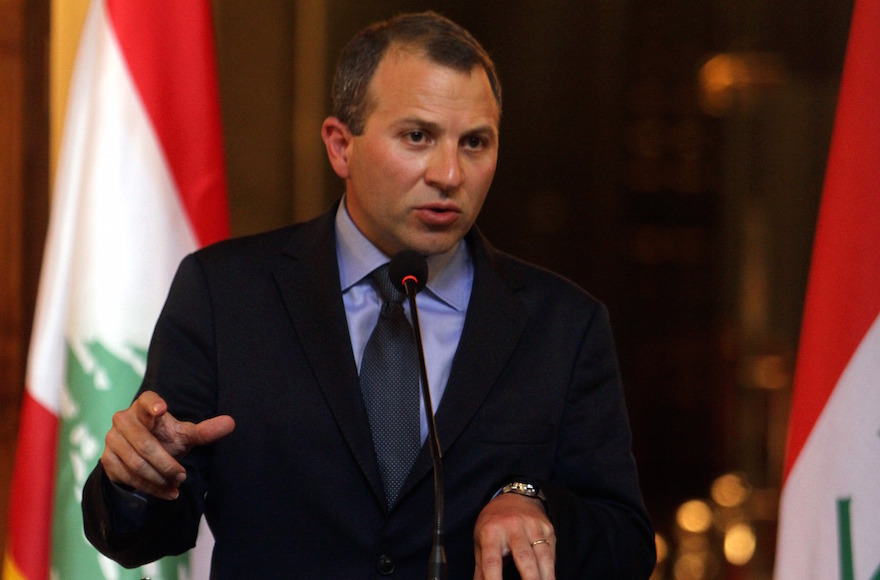 (JTA) — Lebanon’s foreign minister was criticized for saying his country was not opposed to security for Israel.

On Thursday, politicians in the country criticized Gebran Bassil for saying, in a television interview, “we are not against Israel living in security,” Reuters reported. The clip, which aired on Tuesday, has been shared widely by Lebanese social media users.

One former government minister urged Bassil to step down, and a lawmaker in parliament criticized him, according to Reuters.

Bassil’s office said his words had been twisted by the television channel’s editing process, Reuters reported.

Israel and Lebanon are enemy states, and Lebanese citizens are forbidden by law from visiting the Jewish state. Israel has fought wars against Hezbollah, a Lebanon-based terror group and political party that has members sitting in Lebanon’s parliament and cabinet.

In August, the winner of a beauty contest for women of Lebanese ancestry was stripped of her title after it was discovered she had traveled to Israel.