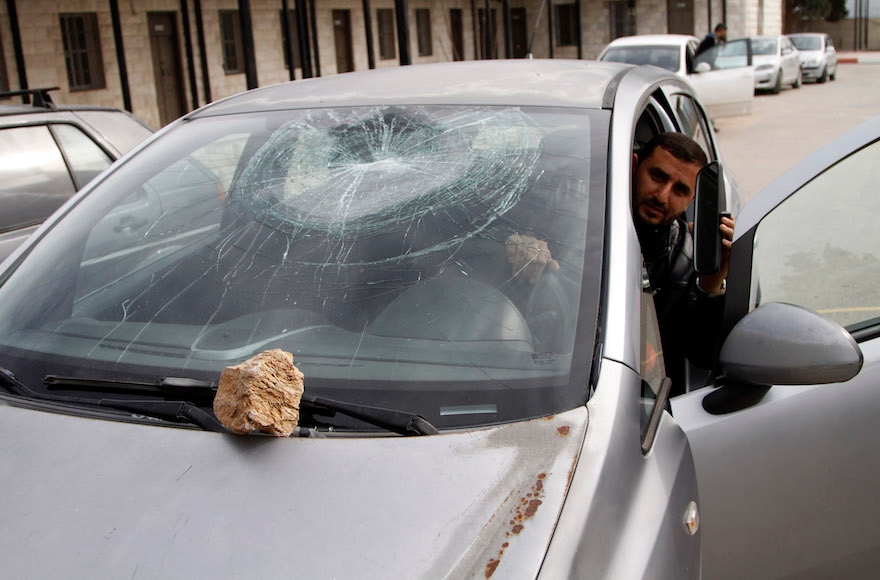 A Palestinian inspecting a broken windshield that was hit by rocks thrown by Israeli settlers in the village of Burin, Dec. 28, 2017. (Nasser Ishtayeh/Flash90)
Advertisement

The settlers shattered the windshields of three cars belonging to teachers at the school, and also entered the school and disrupted mid-term exams. That led to riots, as local residents attempted to push them back, according to Palestinian media reports.

Students were sent home and Israeli soldiers detonated tear gas in the area. Two students were hit with rubber-tipped bullets during the chaos, according to the Palestinian Maan news agency.

The Yitzhar residents said the attack was a response to the Palestinians from Burin who threw rocks at Israeli vehicles as they drove by the village, the Times of Israel reported.

Clashes between the residents of Yitzhar and Burin occur frequently. Earlier this month, several Yitzhar residents entered Burin and threw rocks at homes. Israeli soldiers were accused of standing by and doing nothing during the attack.