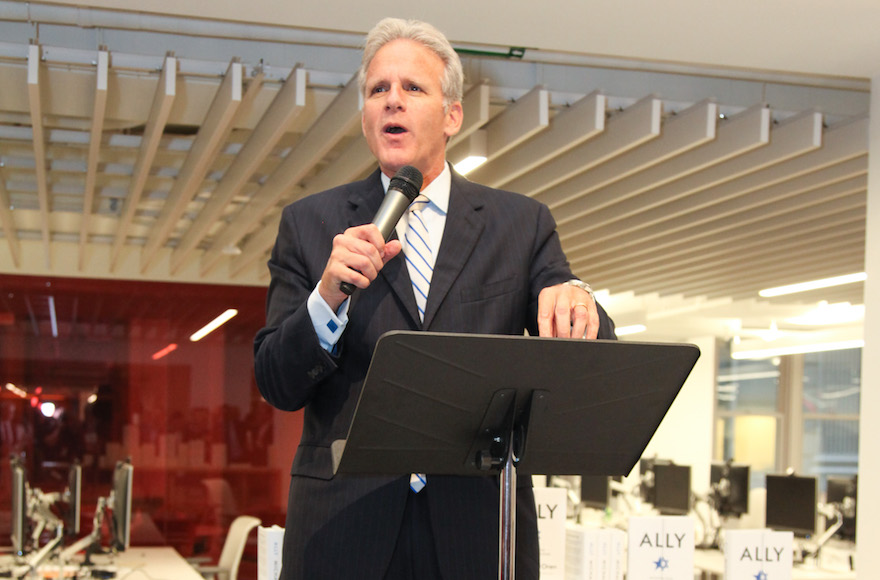 (JTA) — Michael Oren tweeted that the Israel Defense Forces should “shoot to kill” suspected terrorists, rather than just “neutralize” them.

Oren, a former Israeli ambassador to the United States who serves as a deputy minister in Israel’s Knesset, made the call for extrajudicial killing while tweeting last week about Omar al-Abed, who was convicted on the same day of murdering three Israelis in a July attack on the West Bank settlement of Halamish.

Oren tweeted that al-Abed, whose name he spelled differently, attacked medics after being “neutralized” by Israeli forces. Israel uses the term “neutralized” to describe a suspected terrorist who no longer poses a physical threat. Oren said that al-Abed “sat healthy and smiling in court” at his military court date Wednesday, despite having committed the attack.

Soldiers responding to terror attacks cannot determine if terrorists are neutralized, as the current open-fire order states. Soldiers are not doctors. But they must ensure that the terrorists pose no further threat. Though “neutralized,” Al-Obeid attacked the medics treating him.

In July, Al-Abed entered a home in Halamish and stabbed three family members to death as they were eating Shabbat dinner. The military advocate general is seeking four consecutive life sentences for Al-Abed.

The question of when it is appropriate for soldiers to kill suspected terrorists became a divisive topic in Israel last year after Elor Azaria, an IDF medic, shot dead an alleged terrorist who was incapacitated and lying on the ground. Despite protests on Azaria’s behalf, he was convicted of manslaughter in January and sentenced to 18 months in prison, later shortened to 14 months. Leading Israeli politicians, including Prime Minister Benjamin Netanyahu, have called for Azaria to be pardoned, but Israeli President Reuven Rivlin rejected the pardon requests in November.

Before becoming Israel’s ambassador to the United States in 2009, Oren, who was born and raised in the United States, was a preeminent historian of the Middle East and Israel. He ended his term as ambassador in 2013 and was elected to Knesset two years later as part of the center-right Kulanu party.

Earlier this year, speaking about Azaria, Oren said the IDF’s open-fire orders should be “clarified,” but he did not explicitly call for “shoot to kill.”