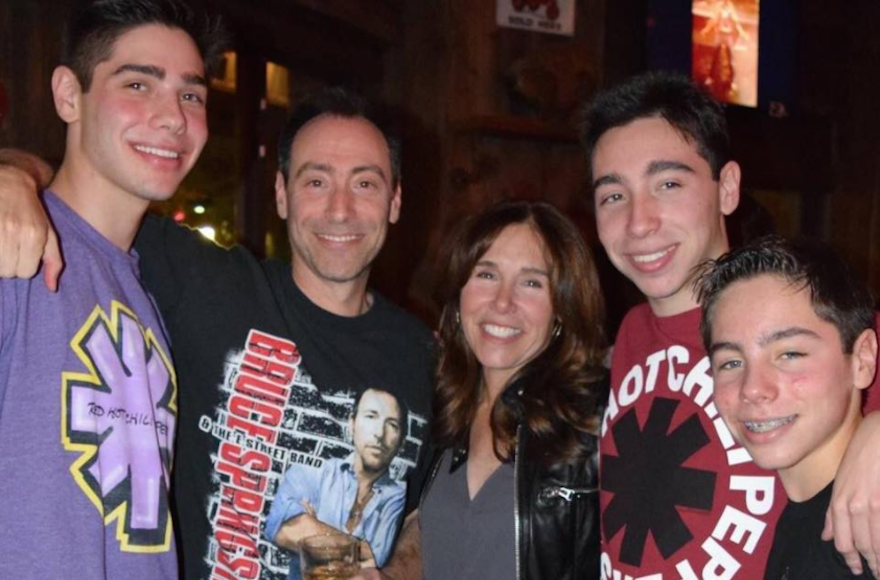 (JTA) — Two Jewish families, from New York and Florida, were killed in a small plane crash in northwest Costa Rica.

Twelve people — 10 U.S. tourists and two local crew members — died when the plane crashed shortly after takeoff Sunday in Guanacaste. Costa Rican investigators said Monday that the cause of the crash was probably strong winds or mechanical problems, The Associated Press reported.

The Steinberg family from Scarsdale, New York, and the Weiss family of Belleair, Florida, in the Tampa area, were among the victims.

Bruce and Irene Steinberg and their sons Matthew, 13; William, 18, a student at the University of Pennsylvania; and Zachary, 19, a student at Johns Hopkins University, were killed, relatives told reporters.

Bruce Steinberg, 50, worked in investment banking, according to the New York Post. Irene Steinberg, 51, was a longtime supporter of the UJA-Federation of New York.

“Irene worked tirelessly on behalf of UJA, helping us support vulnerable New Yorkers and was an extraordinary person — devoted mother and wife and loyal friend. She and her family will be sorely missed,” the UJA-Federation of New York said in a statement.

Rabbi Jonathan Blake of the Westchester Reform Temple in Scarsdale told the Post that relatives of the Steinbergs and the community were “deeply hurting.”

“All the Steinbergs will be remembered by their Scarsdale and the temple community as among the most devoted to the welfare of the Jewish community and the beauty of the Jewish tradition,” Blake said. “They will be deeply missed.”

Members of the Weiss family who were among the victims included Mitchell and Leslie, both physicians; their daughter, Hannah; and son, Ari.

Rabbi Jacob Luski of Congregation B’nai Israel in St. Petersburg said the Weisses were active members of the Jewish community.

“The family joined our congregation a long time ago and were actively involved,” Luski told The Times of Israel. “This is a terrible tragedy and devastating loss to their families, the CBI family and the larger Pinellas County community.”

Hannah Weiss, 19, was studying at Columbia University and the Jewish Theological Seminary’s undergraduate school, List College. Hannah and Ari had both been active in USY, the Conservative moment’s youth group, The New York Times reported. The two had attended Ramah Darom in Georgia, a Conservative summer camp, according to Haaretz.

Shuly Rubin Schwartz, dean of graduate and undergraduate studies at JTS, called Hannah Weiss “a rising star in our community.”

“She was driven by a real sense of social justice,” Schwartz told The Times of Israel.

Amanda Rae Geissler was identified as another American killed in the crash.

Costa Rican Security Minister Gustavo Mata said autopsies would have to be performed to confirm all the identities.

The plane, a Cessna 208B Grand Caravan, was owned and operated by Nature Air.