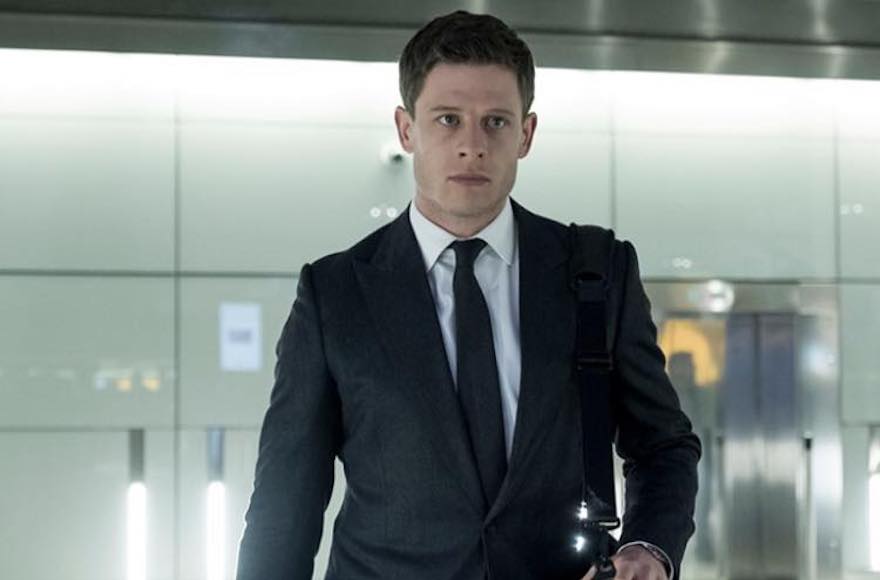 (JTA) — The new BBC miniseries “McMafia” has been accused of making “gratuitous slurs” against Israeli businessmen.

The show, a drama about the British-raised son of a Russian mafia boss, also focuses on members of the Russian-Israeli mob. It is based on a 2008 book by journalist Misha Glenny.

The group UK Lawyers For Israel on its Facebook page condemned the show, saying it “uses gratuitous slurs against Israeli businessmen and makes references to Israel which aren’t mentioned in the original book.” Urging its followers to write to the BBC to complain, the group provides the complaints page of the broadcaster’s website.

UK Lawyers for Israel also accuses the miniseries of distorting the motto of the Mossad, Israel’s intelligence agency, which it says is quoted in the show as “By deception we will do war.” The actual motto, the group says, comes from Proverbs 24.6 and says “For by wise guidance you can wage your war.”

“The use of the word ‘deception’ in substitute for the words ‘wise guidance’ attacks the integrity of Mossad and insinuates that Israel officially sanctions deception in its intelligence activities,” the Facebook post said.

In the first two episodes, which aired Monday and Tuesday, the main character, Alex Godman, meets and deals with Semiyon Kleiman, an Israeli businessman and money launderer.

The BBC has not commented on the criticism.