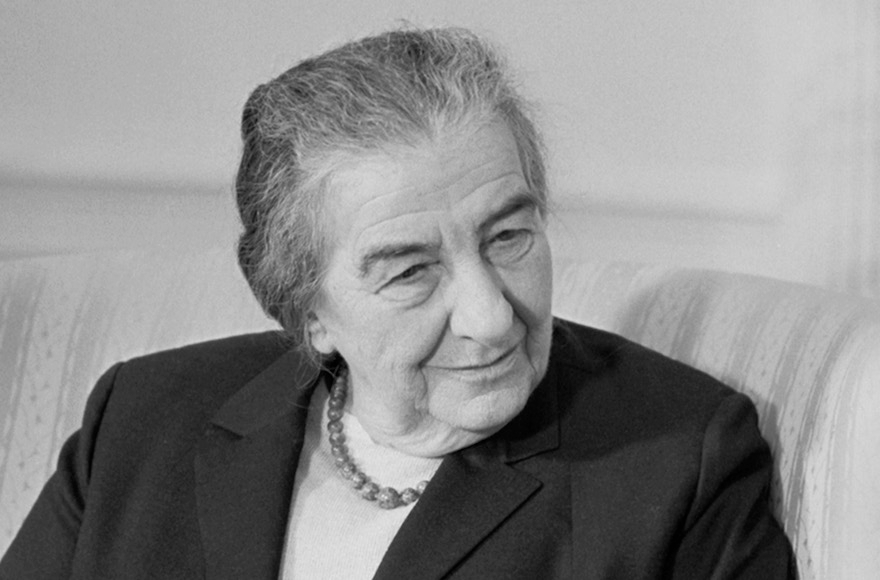 (JTA) — A biography of Golda Meir was named Book of the Year for 2017 by the Jewish Book Council, one of about 20 books honored as part of the 2017 National Jewish Book Awards.

“Lioness: Golda Meir and the Nation of Israel,” an 800-page work about the late Israeli prime minister by Francine Klagsbrun (published by Schocken Books, was awarded the Everett Family Foundation Book of the Year in the council’s announcement on Wednesday. It is the 67th year of the awards.

* “The Weight of Ink” by Rachel Kadish(Houghton Mifflin Harcourt), which the council called “a book about books,” won The Miller Family Book Club Award in Memory of Helen Dunn Weinstein and June Keit Miller.

* “A Horse Walks into A Bar” (Alfred A. Knopf), by Israeli novelist David Grossman and translated by Jessica Cohen, won the JJ Greenberg Fiction Award, his second novel to win the award.

The Barbara Dobkin Award in Women’s Studies was awarded to “Coming of Age in Medieval Egypt: Female Adolescence, Jewish Law, and Ordinary Culture,” by Eve Krakowski (Princeton University Press”. The Contemporary Jewish Life and Practice Myra H. Kraft Memorial Award was presented to “The Torah of Music: Reflections on a Tradition of Singing and Song” by Joey Weisenberg (Hadar Press).

Honors also were awarded in nearly a dozen other categories, including children’s literature and the Holocaust.

Gary Rosenblatt, editor and publisher of The Jewish Week of New York, was given the inaugural Carolyn Starman Hessel Mentorship Award recognizing his support and mentorship of Jewish authors and journalists throughout his career.

The winners will be honored March 6 at an awards dinner and ceremony at the Prince George Ballroom in Manhattan.