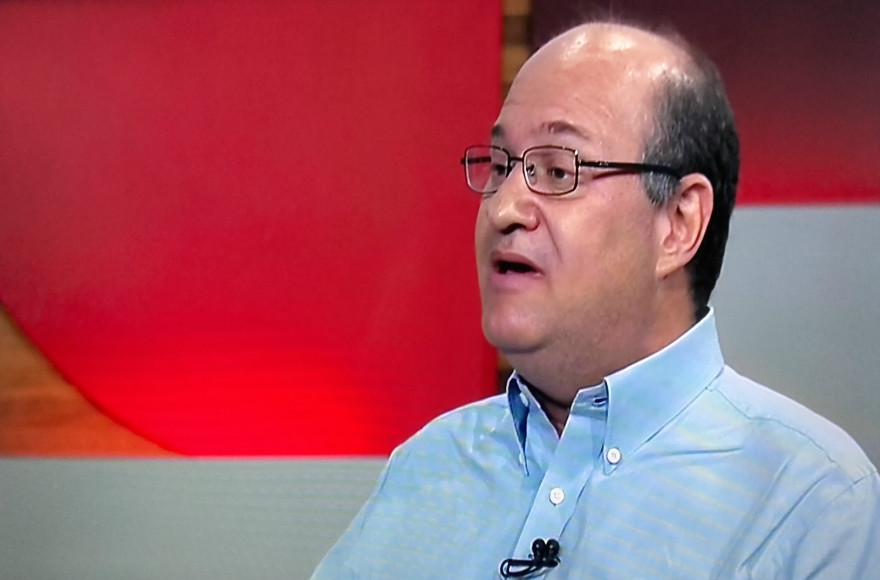 Ilan Goldfajn, an Israeli-born economist, was named Governor of the Central Bank of Brazil on May 17, 2016. (YouTube)

Ilan Goldfajn, who was born in Haifa and raised in Rio de Janeiro, was selected by The Banker magazine due to his successful performance taming Latin America’s largest nation’s annual inflation. Since Goldfaj was named Governor of the Central Bank of Brazil last may, inflation dipped to 2.95 percent in 2017, the lowest in nearly 20 years, reported O Globo newspaper.

“This is far from an easy accomplishment in a country that has struggled with inflation rising at double digits in the recent past,” wrote the magazine, which is part of the Financial Times group.

Goldfajn, 51, an economist, has a career in both the public and private sectors. He served as chief economist at Itau, Brazil’s largest private bank, and deputy to the bank governor of Brazil, as well as adviser to the World Bank and the International Monetary Fund.

Fluent in Hebrew, English, Portuguese and Spanish, he is an active member of the Brazilian Jewish community. He was educated in Rio’s Liessin Jewish day school. At a meeting held by the Brazil-Israel Chamber of Commerce one month before he took over the Central Bank, Goldfajn said, “Brazil has a lot to learn from Israel.”

In 2015, Goldfajn argued during an Israel-Brazil chamber event in Tel Aviv that the deep economic crisis affecting Brazil stems from a lack of fiscal responsibility. In response, he said, Brazil must boost exports and raise taxes, cut government spending and raise the retirement age.