Alan Sagner, NJ developer who backed liberal and Jewish causes, is dead at 97 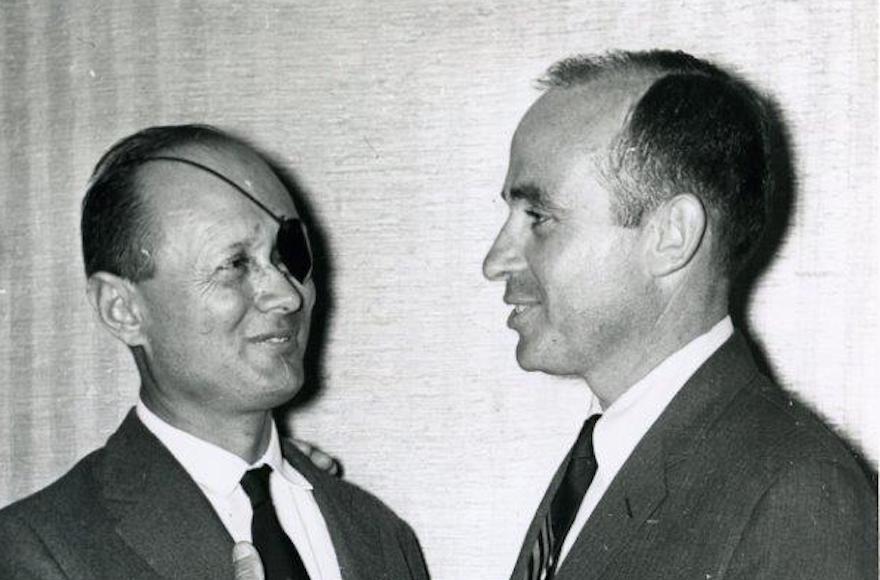 WHIPPANY, New Jersey (New Jersey Jewish News via JTA) — Alan Sagner, a former chairman of the Port Authority of New York and New Jersey and a major benefactor of Jewish and liberal causes and the Democratic Party, died Jan. 3 at his home in Palm Beach Gardens, Fla. He was 97 years old.

A real estate developer and builder by profession, Sagner served as chairman of the Port Authority beginning in 1977, in an era when the regional transportation agency expanded rail service and modernized highways in the New York metropolitan area. It also facilitated the revitalization of New York’s Times Square.

Sagner was a major donor to what is now the Jewish Federation of Greater MetroWest NJ, which serves the area, a former chair of its UJA Campaign, a key funder of JCC MetroWest in West Orange and a patron to several local Jewish agencies. He was also an early supporter of J Street, the liberal “pro-Israel, pro-peace” group.

A former chairman of the board of Newark Beth Israel Hospital, now Newark Beth Israel Medical Center, he stood firm in opposing an unsuccessful plan to relocate the city’s premier hospital to the suburbs after the 1967 Newark riots.

Sagner and Martin Levin, his brother-in-law and partner, are credited with the development of the New Jersey suburb of Livingston, acquiring farmland and building homes to convert it into a bedroom community designed to entice Jews in Newark and East Orange to move to the suburbs.

“Alan had a vision that you could take Livingston, which at the time had no real Jewish population, and build subdivisions and houses,” said David Mallach, a former executive director of the Community Relations Committee (CRC) of what was then United Jewish Communities of MetroWest New Jersey.

“They marketed it very successfully,” said Mallach who is now executive vice chairman of the United Israel Appeal, a branch of The Jewish Federations of North America.

Beyond his deep concern for Jewish causes, Sagner was a strong advocate for progressive groups and Democratic political campaigns. His involvement began in 1960, when he joined the abortive campaign of Adlai Stevenson, who ran for his party’s presidential nomination against Sen. John F. Kennedy.

But Sagner later found success in his efforts to elect Democrat Brendan Byrne, an underdog candidate, for New Jersey’s governorship in 1973. Sagner was the campaign’s finance chairman, and after Byrne’s victory, he served as the new governor’s commissioner of transportation, and was later his nominee to be chairman of the Port Authority.

Sagner was an investor in the left-of-center magazine, The Nation, and a founder of the Fair Play for Cuba Committee in 1960.

Sagner’s strong opposition to America’s boycott of Cuba caused friction between him and some of his colleagues in his local Jewish community. After Cuban-American Robert Menendez was elected to the House of Representatives in 1992 and appointed to its Foreign Affairs Committee in 2006, the federation’s CRC backed the future N.J. senator’s denunciation of Castro.

“Sagner saw that and went ballistic,” recalled Mallach. “It was definitely one of the more uncomfortable conversations I had during my period as the CRC director.”

Sagner was born on Sept. 13, 1920, in Baltimore, where he attended public schools before graduating from the University of Maryland and obtaining a master’s degree in history from Columbia University.

In 1945 he married Ruth Levin, the daughter of New Jersey real estate developer Maurice Levin. She died in 1995, and a year later he married Lenore Green Schottenstein. They divorced in 2006. Sagner also lived in South Orange before moving to Florida.

He is survived by his daughters, Deborah Sagner Buurma and Amy Sagner Pouliot; his son, John; eight grandchildren; and 11 great-grandchildren.