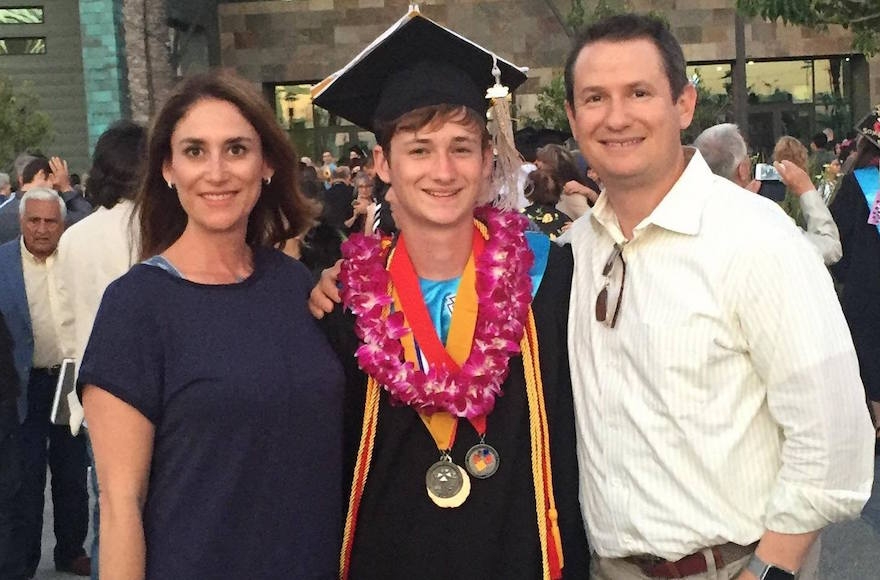 The 19-year-old University of Pennsylvania student was found dead on Tuesday in brush surrounding Borrego Park in Lake Forest, his hometown, CBS News reported. His death is being investigated as a homicide.

An attorney and friend of the family told CBS Los Angeles that Bernstein and a friend arrived at the park around 10:30 p.m., and Bernstein went off alone to meet another unnamed person. The driver said Bernstein didn’t return text messages; according to the family friend, the driver returned hours later to search for Bernstein.

Two days after Bernstein’s disappearance, detectives spoke to the driver. At that time, they noticed he had scratches and that he was “breathing heavy, talking fast and visibly shaking,” CBS News reported, citing the affidavit.

Bernstein did not take his keys, wallet, credit cards, medication or eyeglasses when he left his parents’ house to meet the friend, and did not say goodbye, his father told the Los Angeles Times.

The Bernstein family said they were “devastated by the news” in a Wednesday statement.

“Blaze was brilliant, colorful, and charismatic; who shined light on all of the lives of the people and communities he touched,” the family’s statement said.

The family asked people to donate money to a memorial fund set up for Bernstein by the Jewish Community Foundation of Orange County.

Social media users shared their memories of Bernstein in a Facebook group set up to remember him.

Local residents were painting rocks and putting them on a memorial site for Bernstein. The California Crisis Intervention group set up a flower memorial in Bernstein’s memory. Group members were also raising money to plant trees and buy a bench in Bernstein’s honor at the park.

Jessie Fischman, who was friends with Bernstein in middle school, called him “an incredible friend with a truly radiant personality.”

Rose Gray remembered Bernstein as “a helpful caring talented intelligent boy who made our Chanukah party so much fun.”

Family friend Raymond Robinson wrote that Bernstein “was always gentle, kind and had a smile when we got together.”

Debbie Travis Palmer, who knew Bernstein since he was a young child, said that he was “[f]ull of life, sweet, caring and loyal to his friends.”

The Bernstein family thanked the group members for their support.

“We are grateful for the outpouring of support and compassion during this difficult time. There is hope for humanity. Thank you,” Bernstein’s father, Gideon Bernstein, wrote in a message from the entire family.