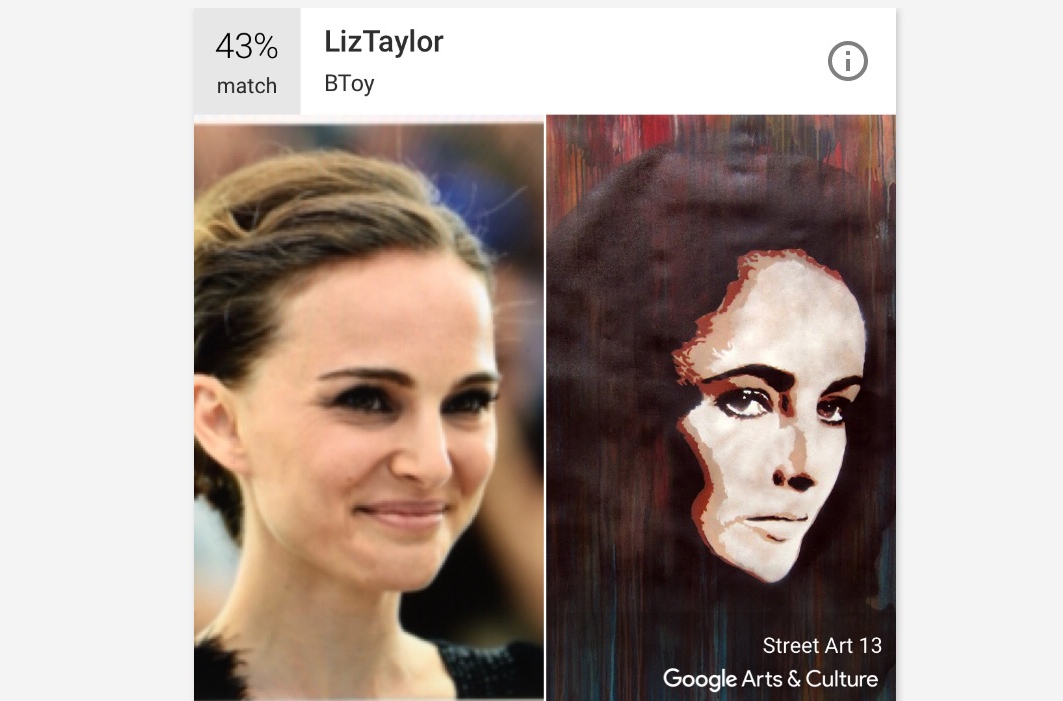 (JTA) — Ever wonder if you have a lookalike on a museum wall? If so, you’re not alone — Google’s Arts & Culture app’s face matching feature is taking social media by storm.

This weekend, thousands of Facebook and Instagram users uploaded screenshots of selfies to the new app. The Google app scours museum inventories to find a visual match and offers users side-by-side comparisons.

In some cases, the match is surprisingly strong. In others, the similarities are less obvious.

Curious to test the app’s accuracy, JTA uploaded the photos of 10 famous Jews. Here’s what happened:

Portman and Elizabeth Taylor both are Jewish actresses (Taylor converted to Judaism in 1959), but clearly the similarities don’t end there. 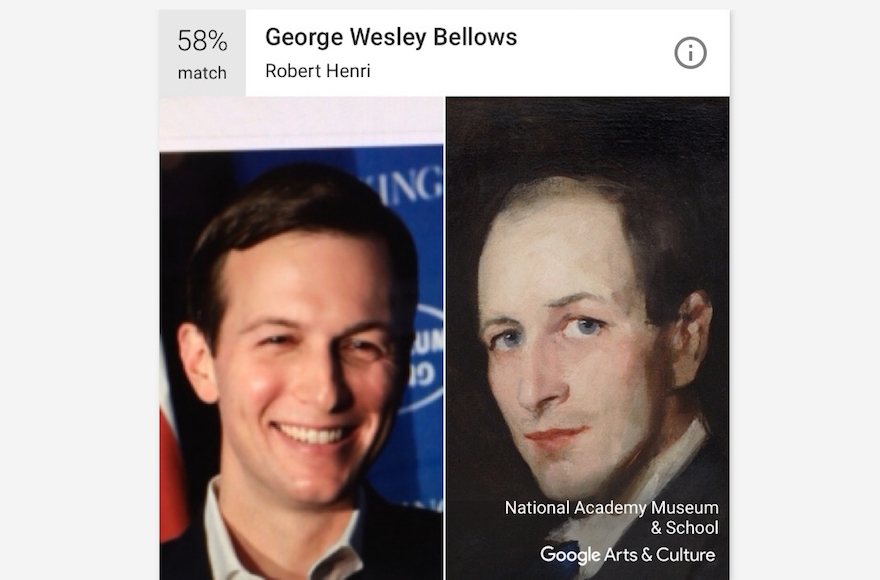 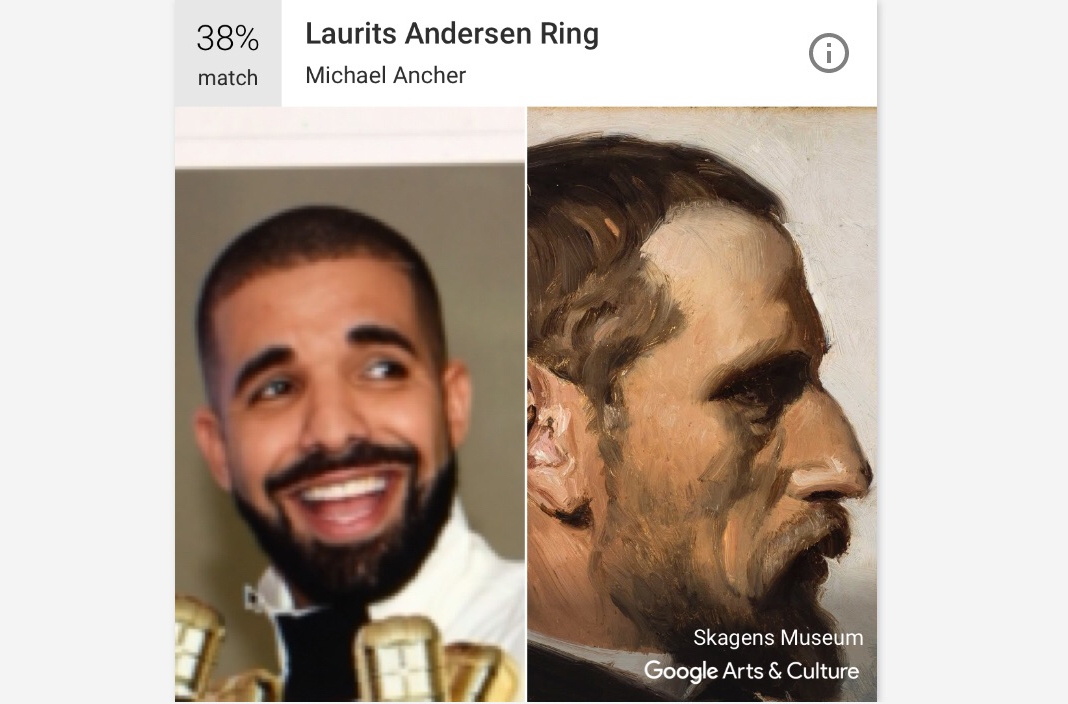 Canadian-American rapper Drake and Laurits Andersen Ring, a Danish painter of the 20th century, may not be twins, but Google says they have a 38% face match. 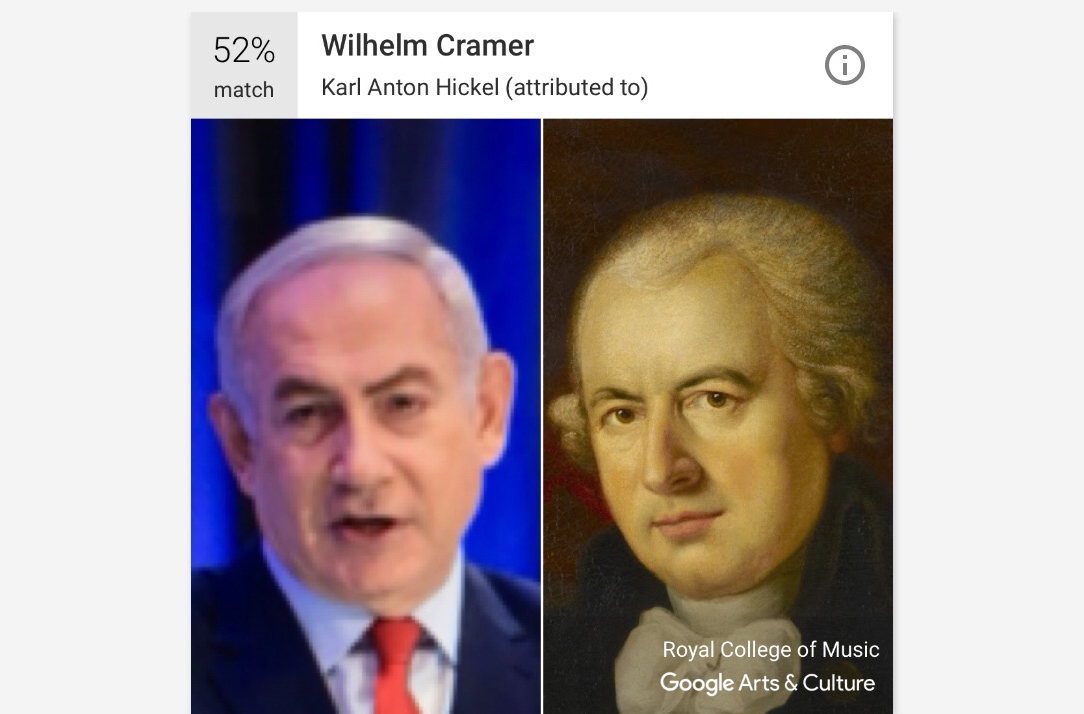 If the Israeli prime minister lived in 18th-century London, he may have been mistaken for Wilhelm Cramer, a German violinist and conductor living there at the time. 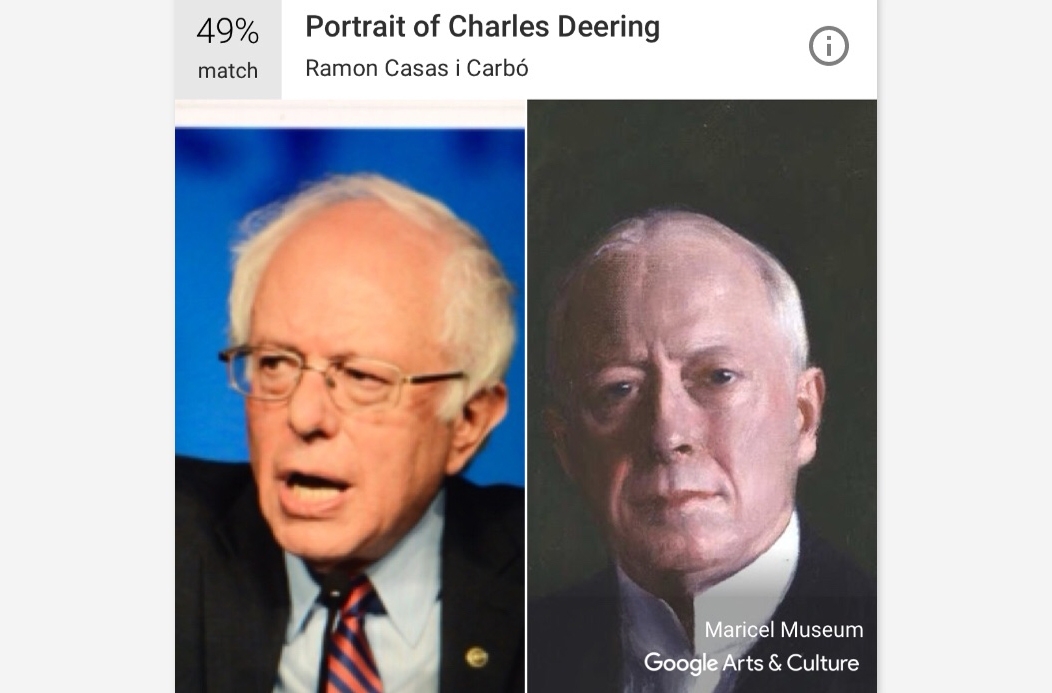 The Vermont senator has found his doppelgänger in Charles Deering, an American businessman and art collector who died in in 1927. 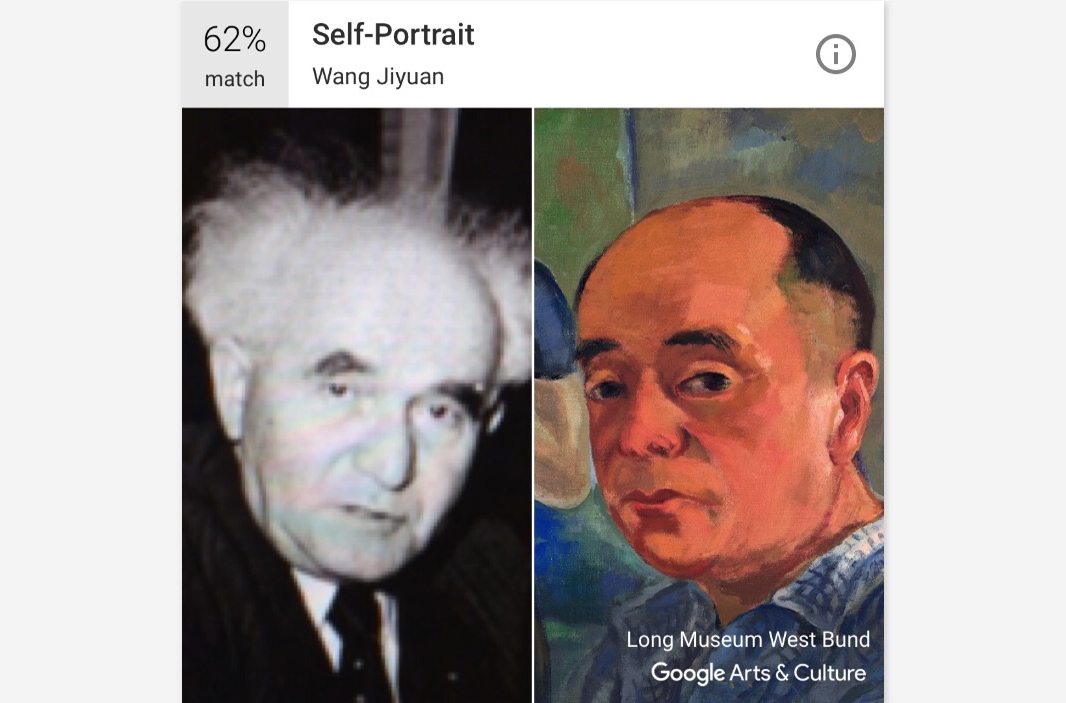 Israel’s first prime minister and Chinese painter Wang Jiyuan, who died in 1975, may have come from different parts of the world, but they apparently share some facial features. 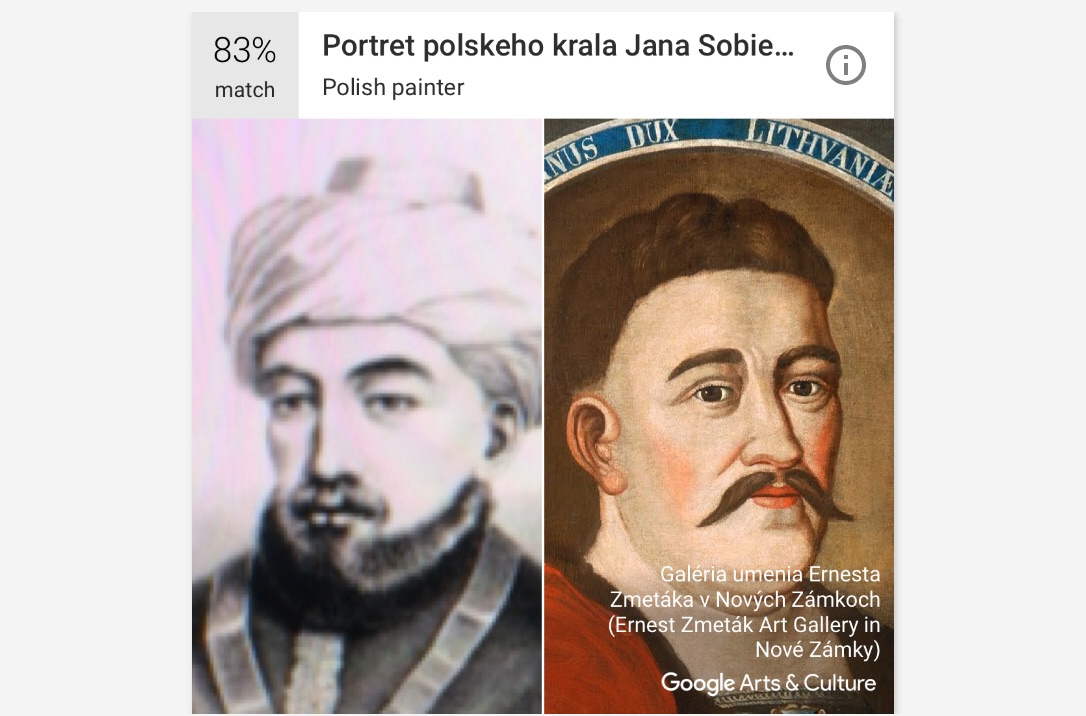 The medieval Jewish philosopher looks just like King John III Sobieski of Poland, who lived in the 17th century. 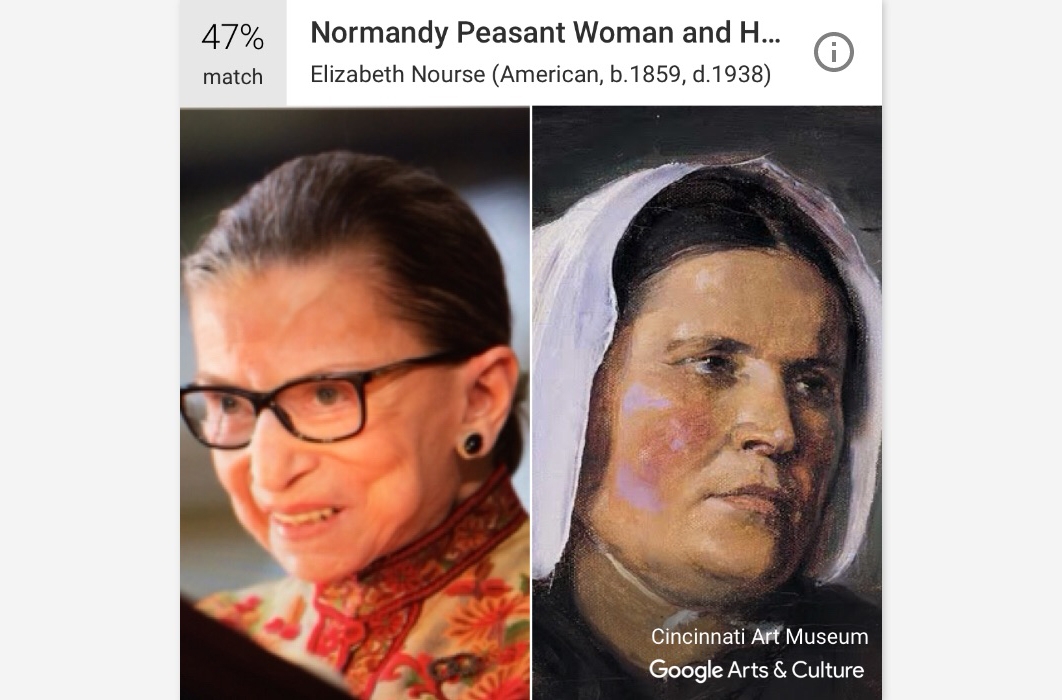 According to the app, the Jewish Supreme Court justice shares some facial traits with this random French woman from a 1900 painting. C’mon Google, have you never heard of Andrea Martin? 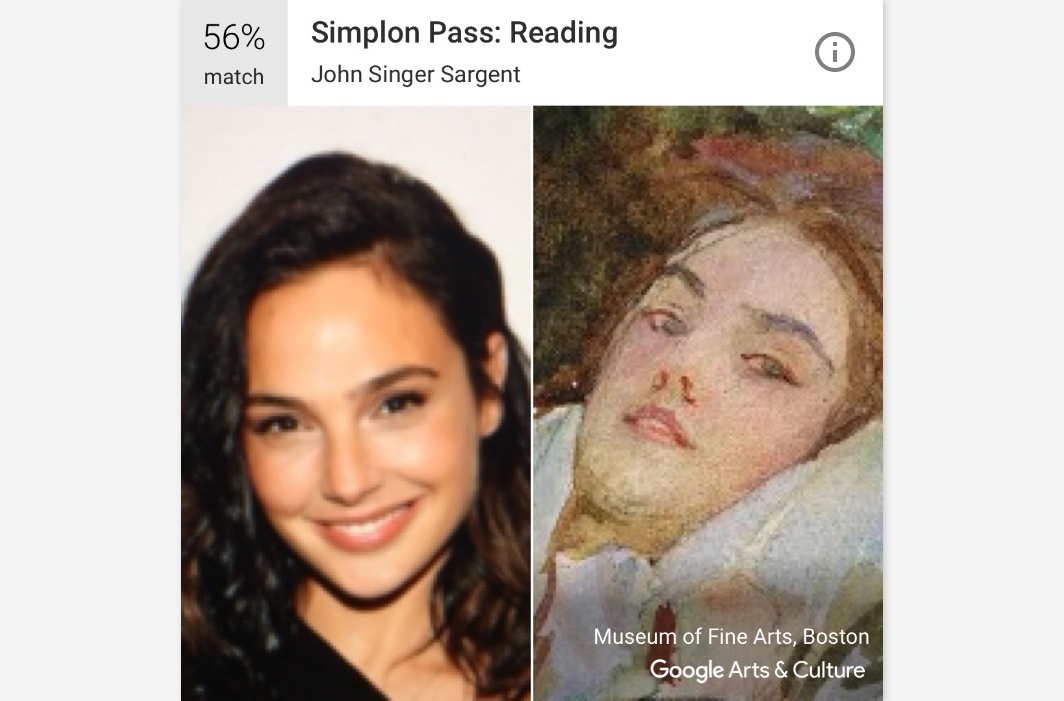 It’s hard to find the similarities between the Israeli actress, who rose to fame after playing “Wonder Woman,” and this woman in a painting from around 1911 by American artist John Singer Sargent. 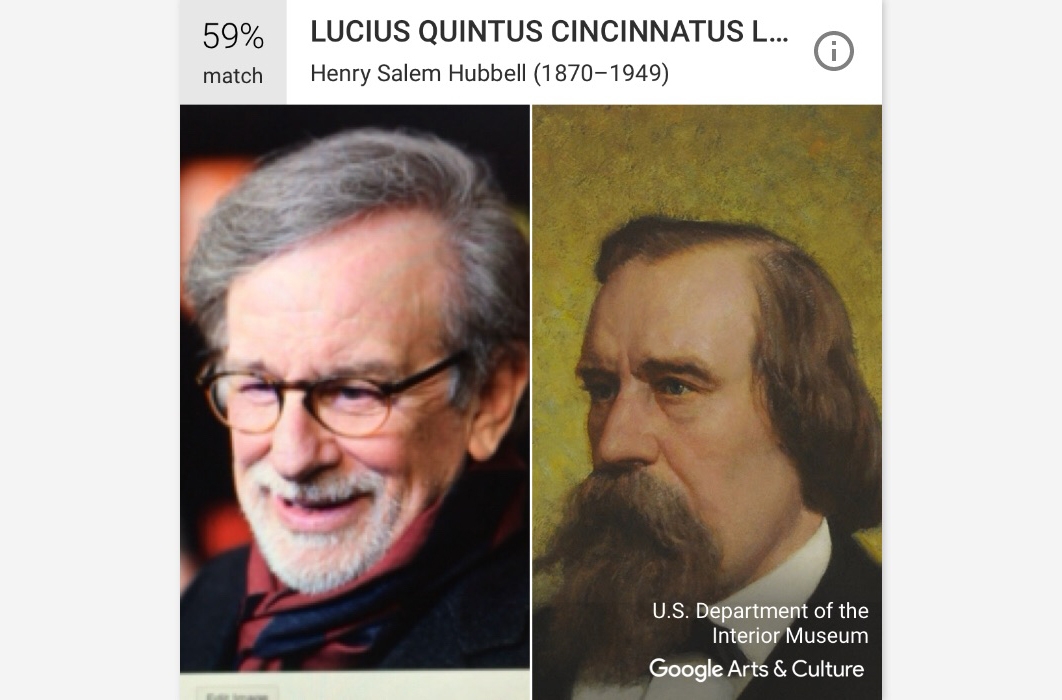 The famous filmmaker’s profile doesn’t look too different from that of Lucius Quinctius Cincinnatus Lamar II, a Mississippi lawyer and professor who served in Congress before the Civil War and as a justice in the U.S. Supreme Court after it was over. The staunch opponent of Reconstruction would probably not have been a big fan of Spielberg’s “Lincoln.”