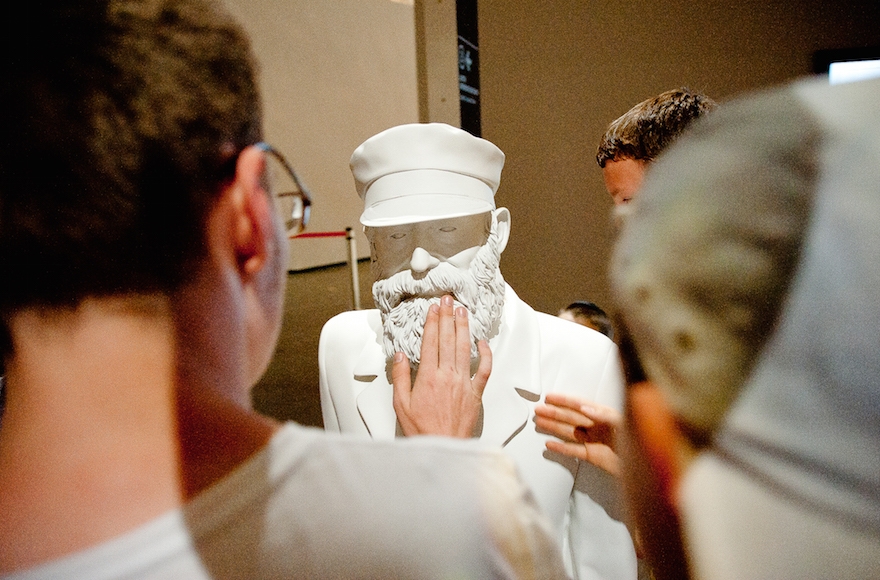 BROOKLINE, Mass. (JTA) — When Maxim Shrayer traveled to Moscow for a five-day visit at the end of October 2016, his itinerary included a trip to the Jewish Museum and Tolerance Center.

Shrayer, who emigrated from Russia to the U.S. with his refusenik activist parents 30 years ago, is an acclaimed scholar of Jewish-Russian literature and culture as well as an award-winning writer on the Jewish-Russian emigre experience (“Waiting for America: A Story of Emigration” and “Leaving Russia) and of a work of short fiction (“Yom Kippur in Amsterdam”).

Shrayer was in Moscow that autumn to participate in the Moscow International Conference on Combating Anti-Semitism,  organized by the Russian Jewish Congress, the World Jewish Congress and the city of Moscow. He took a cab to the museum, where he delivered a literary paper on the marriage of  Vladimir Nabokov and Vera Slonim.

But the next day, on the advice of his longtime friend, the prominent filmmaker Oleg Dorman, who still lives in Moscow, Shrayer returned to the museum. This time he took a tram.

As the No. 19 tram approached the stop for the museum, which opened in 2012, a pre-recorded voice announced the stop as the Palace of Culture of MIIT, Museum and Tolerance Center. As Dorman had warned him, the word “Jewish” was left out of the museum’s name.

The mystifying omission was unsettling. Was the word Jewish dropped deliberately? Was it a linguistic nuance, Shrayer wondered, or did it have larger and more worrisome meaning?

Shrayer discusses the mystery — along with the history of the No. 19 tram and the evolution of the Jewish neighborhood it passes through — in an early chapter of “With or Without You: The Prospect for Jews in Today’s Russia” (Academic Studies Press). Shrayer’s book adds to his reputation as a go-to scholar and commentator on Jewish-Russian life and culture.

In November, Shrayer, a professor of Russian, English and Jewish Studies at Boston College, where he co-founded the university’s Jewish studies center, was named director of the new Project on Russian and Eurasian Jewry at Harvard University’s Davis Center, in partnership with the Genesis Philanthropy Group.

Until now, Shrayer has shied away from probing one question that for him has been ever-present: Why do Jews stay in Russia? Had the time come to write an elegy for Russian Jewry?

For Shrayer, even contemplating the question has been a source of emotional conflict.

He used the trip to the Moscow conference as a jumping-off point for a kind of fact-finding mission, probing the subject in a series of interviews with Jewish friends, new acquaintances and leaders of Russia’s Jewish community.

The result is a slim, engaging and elegant read that goes beneath the surface to reveal a multi-layered portrait of Jewish life in Russia today. Those he interviewed include Berel Lazar, who the government recognizes as the chief rabbi of Russia; Anna Bokshitskaya, a journalist and executive director of the Russian Jewish Congress; and Boris Lanin, a professor and literary scholar. He writes about a couple of (non-Jewish) Russian expat clowns now living in the U.S. who entertain their Russian audiences with Jewish-inflected shtick.

On a recent afternoon, Shrayer sat down with JTA at a favorite cafe in this suburb near Boston, home to a large Jewish population, where he lives with his American-born wife, Karen Lasser, a physician, and their two school-age daughters, Mira and Tatiana. Shrayer’s parents, David Shrayer-Petrov and Emilia Shrayer, both literary lights in Russian literature, live nearby. Parents and son have collaborated on several books, including the most recent, “Dinner With Stalin,” a collection of stories by David Shrayer-Petrov. 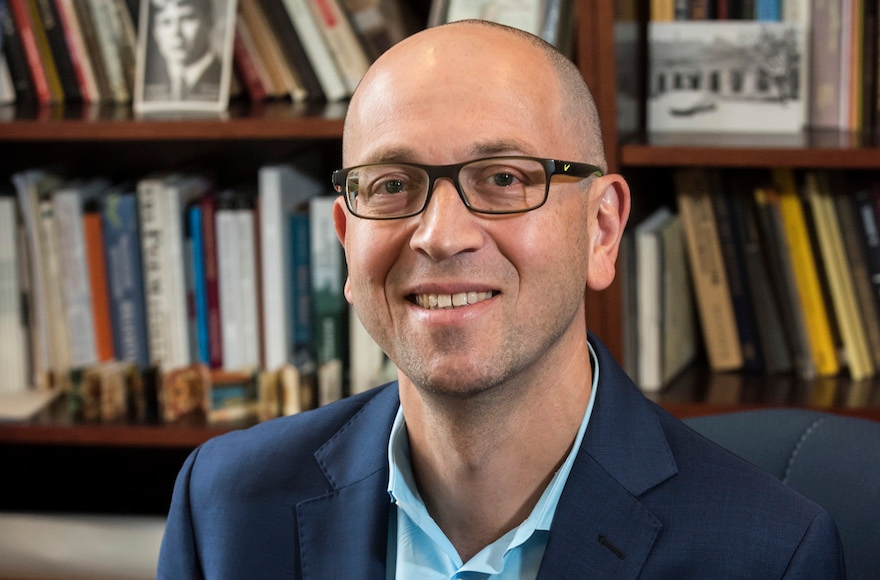 “With or Without You” is a departure from decades of Shrayer’s previous writing on the Jewish presence in Russia, much of it traversing the 19th and 20th centuries. They were stories of the past, he said.

“The mantra for me had always been, I was writing about the past, the Jews’ Russian and Soviet past, because in a sense, I have moved on. I did not feel that the story of Jews who remained in Russia was my story,” Shrayer said, adding that he was “always puzzled why these Jews who were still there had stayed.”

Shrayer’s working method involved Mira, the older of his daughters, who was 10 when she accompanied him on the trip. She is a constant presence, both a witness and an addressee through the book, he suggested. As they walked together around the city, Shrayer described what it was like for him growing up and what it was like for Jews during the Soviet period.

The result is part historical and cultural investigation, and part memoir and travelogue, he said.

Shrayer said the responses of those he interviewed formed three groups: Jews who identify religiously and are committed to the continuity of Jewish religious and communal life; others who stay for personal circumstances, such as elderly parents, being in a mixed marriage or a lucrative business; and those who may leave but not because they are Jews, but “because the situation in the country is increasingly politically suffocating.”

In the book’s chapter on anti-Semitism, Shrayer reports the recent findings of the public opinion study conducted by the Levada Center, a Russian nongovernment research organization, that found attitudes toward Jews in Russia have improved dramatically over the years and that overtly negative views about Jews are at an all-time low.

Nonetheless, the study found, there are reasons to be cautious, particularly on the views within certain populations groups. This rings for true for Shrayer, he told JTA.

Anti-Semitism is a kind of leitmotif that ran through his interviews and conversations.

“There wasn’t a person who dismissed it,” Shrayer said. At the same time, it is not the most pressing issue for many of the people he interviewed, he observed.

The numbers are telling, he said. There are now about 170,000 Jews in Russia, according to Mark Tolts, a Hebrew University demographer. That’s a tenth of the community’s size in 1989, as counted in the last Soviet census. Combined with an aging population, low birth rate and increased immigration to Israel, Shrayer wonders what the county will look like in 50 years.

“Jewish faces and Jewish names are starting to vanish from the Russian mainstream — from literature, the arts and the entertainment industry, but also from the achievement rolls of science, medicine and the humanities,” he writes.

Has Shrayer overcome his sense of divide with Jews who stay in Russia? As a result of his research, he is both more emotionally connected, but also, paradoxically, more disconnected.

“There’s a feeling of not quite mourning but certainly a feeling of deep sadness. It’s coming from a place that is somewhere deep inside,” he reflected.

It brings Shrayer back to the Jewish Museum and Tolerance Center, whose galleries and exhibits shed light on the story of Jews in Russia.

“It’s a great museum,” he said. But in part, it’s a museum of those who stayed, for those who stayed – and for their countrymen. Among the museum’s exhibits, pictured on the jacket of his book, are life-size plaster casts of Jews in period garb — all as white as ghosts.

Shrayer learned recently that the audio recording on the No. 19 tram, as well as the sign on its stop, have been changed and riders now hear and see the full name of the museum. He’s not claiming it’s his doing — that would be extremely chutzpahdik, Shrayer said.

Nonetheless, he added, the correction suggests to him that the story of Russia’s Jews resists closure.