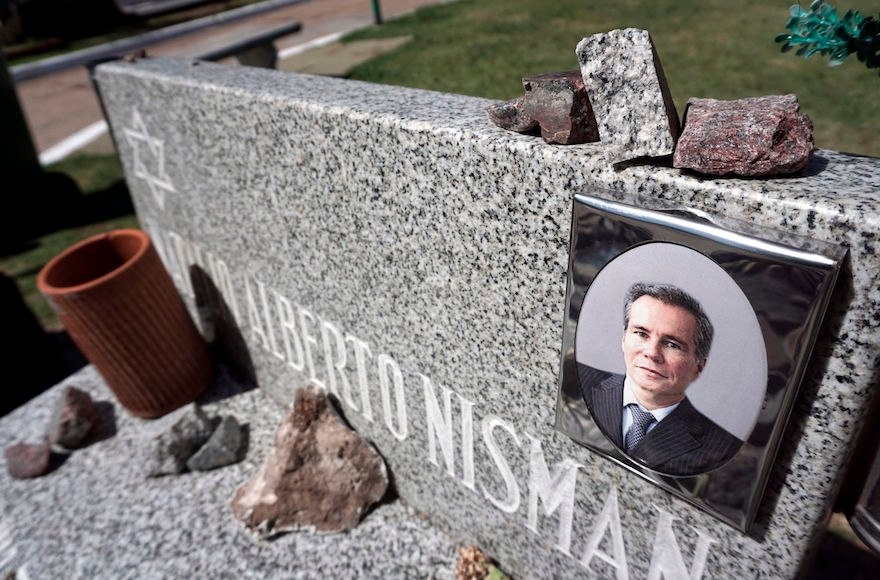 (JTA) — Resolutions calling for a “full and just investigation” into the death of Argentine prosecutor Alberto Nisman were introduced in the U.S. House of Representatives and the Senate.

In the House, Reps. Ileana Ros-Lehtinen and Ted Deutch, a Republican and a Democrat, respectively, from Florida, introduced the resolution, they said in a statement Friday, the three-year anniversary of the Jewish prosecutor’s death.

Sens. Bob Menendez, D-N.J., and Marco Rubio, R-Fla., introduced a companion resolution in the Senate, according to the statement.

A federal judge in Argentina said last month that Nisman, who was investigating the 1994 bombing of the AMIA Jewish center in Buenos Aires, was murdered. For nearly three years, Argentina had failed to say definitively whether the shooting of Nisman was murder or suicide.

Nisman’s body was found on Jan. 18, 2015, hours before he was to present evidence to Argentine lawmakers that then-President Cristina Fernandez de Kirchner covered up Iran’s role in the attack, which left 85 dead and hundreds wounded.

An Argentine court and Western intelligence services believe Iran and Hezbollah were involved, though Tehran denies the claim.

Kirchner and two other senior officials are facing a trial over their dealings with Iran, in which Nisman claimed they agreed to ignore Iran’s involvement in exchange for commercial benefits for Argentina, in violation of the country’s penal code and the independence of the judiciary. She and the other defendants have denied the allegations.

“Murdered three years ago for investigating Iran and its proxy Hezbollah’s role in the AMIA terror attack, Alberto Nisman was fearless in his fight against corruption and terrorism in Argentina,” Ros-Lehtinen wrote in the statement.

“Alberto Nisman committed himself to uncovering the truth of the horrific AMIA bombing,” Deutch wrote. “He refused to let Iran or Hezbollah get away with this act of terrorism, and he refused to let corrupt officials cover up the facts and wash their hands of this horrible attack. His hard work was not in vain, and this resolution honors his legacy and urges full transparency on the circumstances of his death and the AMIA bombing investigation.”