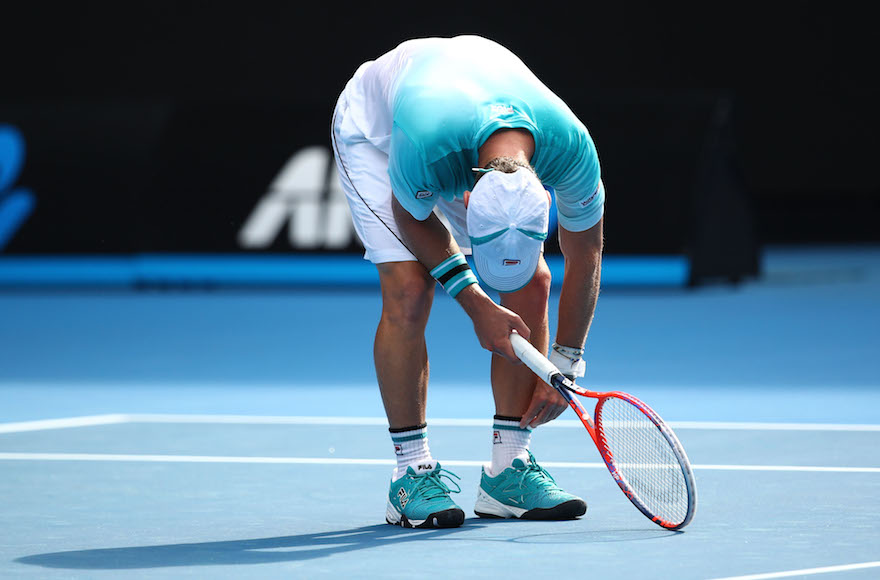 “What a great match against a fantastic player and a great person #great is the word,” Nadal, the highest-ranked player in the world, wrote following the match on his Instagram account, where he posted a photo of the two players shaking hands after the match.

Schwartzman, 25, is the world’s highest-ranked Jewish player at No. 26 in the ATP rankings. Israeli player Dudi Sela, at age 32, is ranked 95th and lost in the first round of the tournament.

“I feel great,” Schwartzman said following the match. “I think I did a good job inside the court. I think Rafa played good points in those moments, playing aggressively. That’s why he’s one of the best in history.”

What a great match against a fantastic player and a great person #great is the word. #ausopen #australianopen

Schwartzman, 25, who was raised in a Jewish family in Buenos Aires, has steadily risen in the rankings since turning pro at 17. Between 2010 and 2012, he won nine tournaments in the International Tennis Federation, the sport’s minor leagues. He won his first ATP Tour title at the Istanbul Open in 2016, upsetting the highly ranked Grigor Dimitrov.