Missouri Gov. Eric Greitens says he will not step down amid blackmail allegations 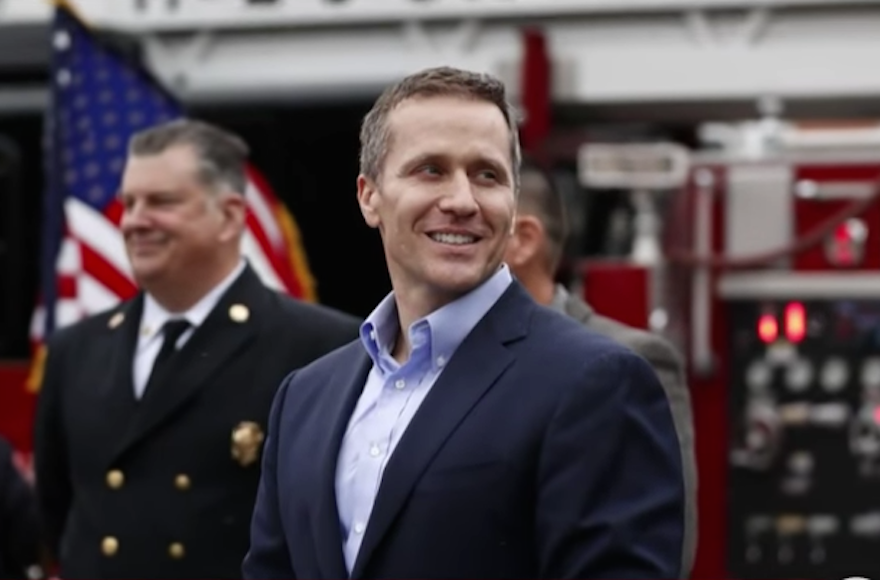 Eric Greitens denied that he blackmailed the woman he admitted to having an affair with. (Screenshot from YouTube)
Advertisement

WASHINGTON (JTA) — Missouri Gov. Eric Greitens said he will not resign over allegations that he threatened to blackmail a one-time lover despite calls by state lawmakers of both parties.

“I’m staying,” Greitens said this weekend in an interview with The Associated Press, his first since the allegations emerged earlier this month. “The mistake that I made was that I was engaged in a consensual relationship with a woman who was not my wife. That is a mistake for which I am very sorry.”

Greitens, a Republican, denied allegations that he threatened to blackmail the woman, whom the media have not named. A number of Democratic and Republican state lawmakers have called on him to step down.

Greitens told the AP that he had not been contacted by law enforcement.

“As far as my conduct, there is nothing to investigate,” he said.

Greitens, a former Navy SEAL whose seven military awards include the Bronze Star, became the first Jewish governor of Missouri when he was elected in November 2016.

The affair, which happened in March 2015, was first reported by the St. Louis TV station KMOV.

The ex-husband of the woman with whom Greitens had the affair provided a secretly recorded tape of her confession to him that included details of their first encounter. The woman, who met Greitens when she cut his hair, said that Greitens took a photo of her in a compromising position to use if she ever came forward about their relationship.