Neil Diamond gives up touring after being diagnosed with Parkinson’s 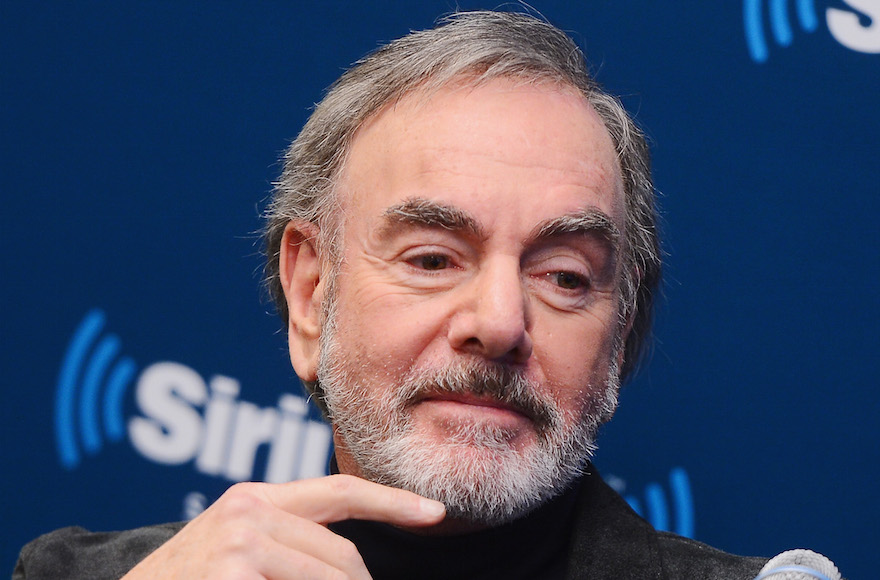 Neil Diamond, shown in 2014, was inspired early on by musicals like "Fiddler on the Roof." (Stephen Lovekin/Getty Images for SiriusXM)
Advertisement

(JTA) — Jewish singer-songwriter Neil Diamond announced he is giving up touring after recently being diagnosed with Parkinson’s disease.

The Australia and New Zealand leg of his 50th Anniversary tour scheduled for March have been canceled, according to the announcement.

“It is with great reluctance and disappointment that I announce my retirement from concert touring,” the artist said in a statement released Monday on his website. “I have been so honored to bring my shows to the public for the past 50 years.

“I plan to remain active in writing, recording and other projects for a long time to come.”

He starred in the 1980 remake of “The Jazz Singer,” which garnered him three Top 10 singles: “Love on the Rocks,” “Hello Again” and “America.”

Diamond was inducted into the Songwriters Hall of Fame in 1984 and into the Rock and Roll Hall of Fame in 2011. He received the Sammy Cahn Lifetime Achievement Award in 2000 and was honored at the Kennedy Center in 2011.

On Wednesday, Diamond will celebrate his 77th birthday. Four days later The Recording Academy, at its annual Grammy Award ceremony, will honor him with its prestigious Lifetime Achievement Award.