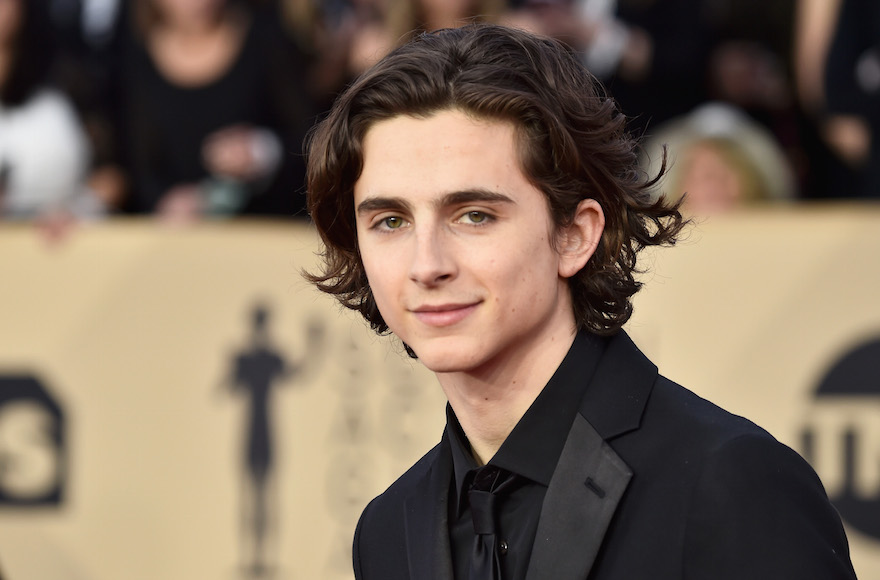 (JTA) — If one thing jumps out about the nominations for the 90th annual Academy Awards, it’s the lack of big Jewish headlines to be plucked from them. “The Shape of Water,” Guillermo del Toro’s latest fantasy-tinted film, about an amphibian creature housed in a government laboratory, led the pack with 13 nominations.

Nevertheless, here are the Jewish nominations and storylines from another year of great cinema.

“Call Me By Your Name” gets four nominations.

“Call Me By Your Name” is the biggest Jewish triumph in this year’s nomination slate. The film, an adaptation of Egyptian-born Jewish novelist Andre Aciman’s book of the same name, traces a romance between two young Jewish men in 1980s Italy and is full of Jewish themes. It garnered nominations for best picture, lead actor (Timothée Chalamet, who is Jewish), adapted screenplay and best original song (“Mystery of Love,” written by indie rocker Sufjan Stevens).

A few months ago, the Jewish actor was considered a shoo-in for the best actor category. His comedic performance in “The Disaster Artist” as Tommy Wiseau, the eccentric (that word might be generous) director of the real film “The Room” — considered by some to be the worst film of all time — was almost universally hailed by critics. He won a Golden Globe for the role earlier this month. But less than two weeks ago, the Los Angeles Times published an article with accounts of five women who accused Franco of sexual misconduct. While the best actor category is loaded with talent this year (from Denzel Washington to Gary Oldman), multiple headlines called Franco’s exclusion a response to the misconduct reports — and a snub.

“Foxtrot,” an Israeli drama about the aftermath of a military tragedy, had been on the shortlist for best foreign language film after winning a prestigious prize at last year’s Venice International Film Festival, stoking hopes for what could have been Israel’s first Oscar win. “In the Fade,” a German drama that centers on a neo-Nazi murder story and won a Golden Globe in this category, didn’t make the final Oscar list either.

Yes, Daniel Day-Lewis has won the best actor award three times already — but he announced last year that he is retiring, so this might be our last chance to see the Jewish actor grace us with his presence at an awards night. The iconic method actor is nominated for his performance in Paul Thomas Anderson’s “Phantom Thread,” in which he plays a famous dressmaker.

Steven Spielberg’s latest film, “The Post” — a drama about the Pentagon Papers starring perennial Spielberg collaborator Tom Hanks — is up for best picture. That seemed inevitable, but the one relative surprise here is that Spielberg didn’t get another coveted best director nomination. He was passed over for talented newcomers Greta Gerwig and Jordan Peele, in addition to del Toro, Anderson and Christopher Nolan (for “Dunkirk”).

It was another good year for a pair of Jewish composers.

For the prolific Jewish composer Hans Zimmer, 2017 was business as usual. He wrote or co-wrote scores for three films, including one for “Dunkirk” that earned him an Oscar nod. Benj Pasek, one half of the musical duo behind the score for the Broadway hit “Dear Evan Hansen” and the lyrics of “La La Land,” added to his rapidly growing legend with a nomination for best original song for “This is Me” from “The Greatest Showman” — a musical about P.T. Barnum.

Why ‘Call Me By Your Name’ is such a Jewish movie