In UN debate over 1994 genocide, Israel backs Rwanda despite US objections 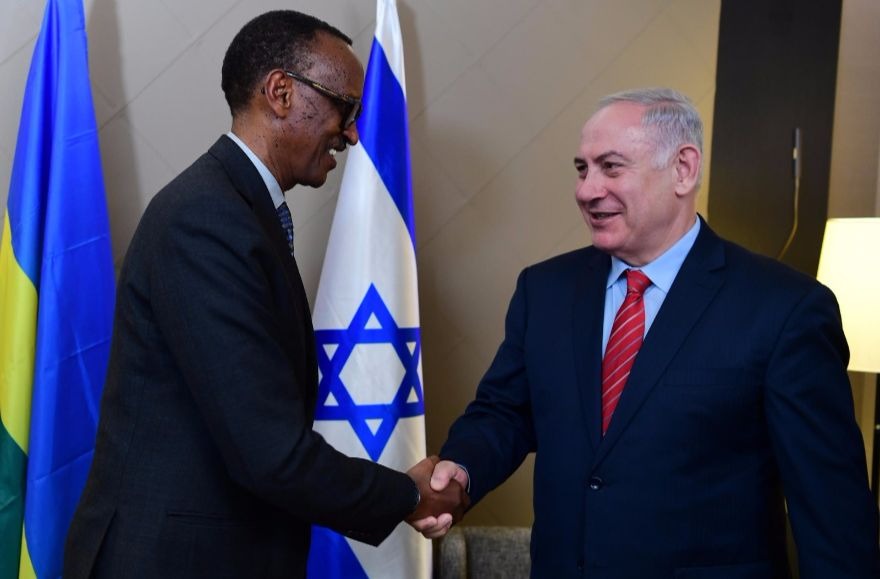 JERUSALEM (JTA) — Israel supported a U.N. resolution, opposed by the United States and the European Union, that changes the name of the international remembrance day for the 1994 Rwanda genocide.

The April 7 remembrance day, previously known as the Day of Reflection on the Genocide in Rwanda, will focus solely on the murder of some 800,000 ethnic Tutsis by members of the Hutu-majority government. The amendment was approved on Friday in the General Assembly by consensus. It will be known now as the International Day of Reflection on the 1994 Genocide Against the Tutsi in Rwanda.

Rwanda’s ambassador to the United Nations, Valentine Rugwabiza, told the General Assembly that the new name clarifies that the genocide was carried out “against the Tutsi.” But the United States and the EU objected that, in the words of Kelley Currie, the U.S. representative to the U.N. Economic and Social Council, the new name “does not fully capture the magnitude of the genocide and of the violence committed against other groups.”

In addition to the Tutsis slaughtered, another 50,000 or more Hutu who tried to help the Tutsi also were killed during the massacres that year in a 100-day period from April to July.

Israel was the only Western-allied country to co-sponsor the resolution. The United States expressed its objections but did not intervene.

Israeli reporter Barak Ravid, citing unnamed senior officials in the Israeli Foreign Ministry, reported that Israel supported the resolution over U.S. objections as part of an understanding with Rwandan President Paul Kagame, whose cooperation Jerusalem is seeking in deporting African asylum seekers from Israel to Rwanda. Kagame, a Tutsi, fought in the rebellion against the Hutu government that precipitated the massacres.

Kagame and Israeli Prime Minister Benjamin Netanyahu met Thursday on the sidelines of the World Economic Forum in Davos, Switzerland, and discussed a range of issues, including expanding cooperation between Israel and Rwanda, the Foreign Ministry said in a statement.

Regarding the migrant issue, Netanyahu “agreed with President Kagame, who made clear that he would only accept a process that fully complies with international law,” the statement said.

Israel’s support of the resolution, which downplays the number of Hutu deaths in the Rwandan massacre, comes as Israel has raised objections to legislation in Poland making it illegal to refer to “Polish death camps.” Israeli government officials, while agreeing that the death camps in Poland were created and run by the Nazis, have warned that the law could lead to “whitewashing” the history of the Holocaust and the complicity of some Poles in the genocide against Jews.