What’s in a name? Reconstructionist Judaism is finding out. 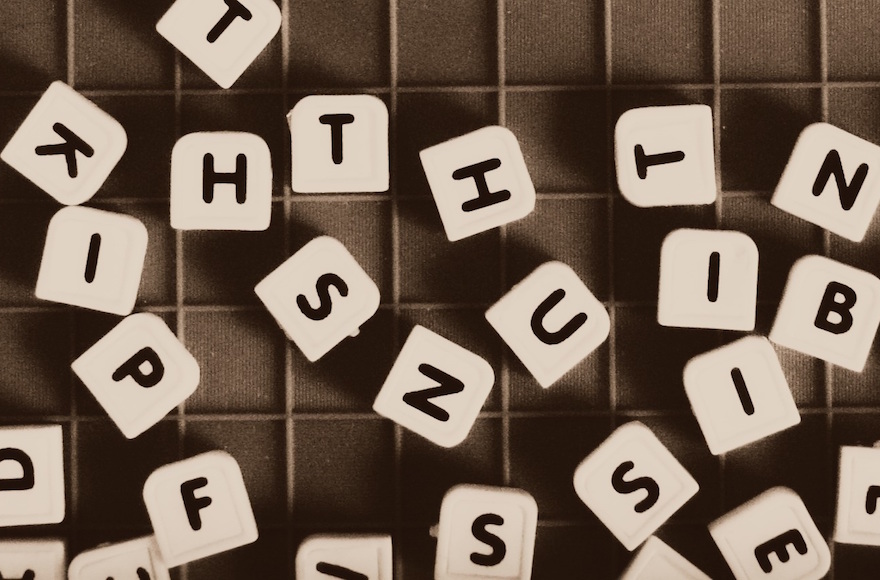 NEW YORK (JTA) — Reconstructionist Judaism has often been treated as the stepchild of the major Jewish denominations. It’s the smallest and newest of the the big four, and while it has a track record for innovations that are often absorbed into the “mainstream” (the first bat mitzvah ceremony was said to be held for Judith Kaplan, the daughter of Reconstructionism’s founder, Rabbi Mordecai Kaplan), the movement is often overlooked when people talk about American Jewry.

And that name! As someone who has to write headlines for a living, I sometimes blanch when one of its rabbis or institutions makes news. Seventeen letters is a bit much, and “Recon” hasn’t quite caught on as an abbreviation.

So I understood the impulse when the movement’s college and synagogue body announced a name change last month. Henceforth, the formerly named Reconstructionist Rabbinical College and Jewish Reconstructionist Communities (seven words! 71 letters!) will be called Reconstructing Judaism. The new name, explained its president, Rabbi Deborah Waxman, “reflects a subtle but profound evolution in Reconstructionist thinking about how and why to be Jewish in the 21st century.”

The move is, depending how you look at it, brave, reckless or mundane. There are a few other organizations that use the gerund form in their names. Among Jewish groups, there is Advancing Women Professionals & the Jewish Community, which for 17 years has been trying to close the gender gap at Jewish organizations. Moving Traditions is a group that creates identity programs for Jewish teens (although I am not sure whether “moving” is supposed to work as a verb or an adjective. Maybe both.). Facing History and Ourselves is a nonprofit that develops Holocaust curricula for schools. Breaking the Silence is a group of ex-IDF soldiers who oppose Israeli control in the West Bank.

The construction is more common — and probably more successful — as the name of Feeding America, a name that tells you exactly what the anti-hunger group tries to do. And that is one test of a good brand name: Does it tell you what the organization does? 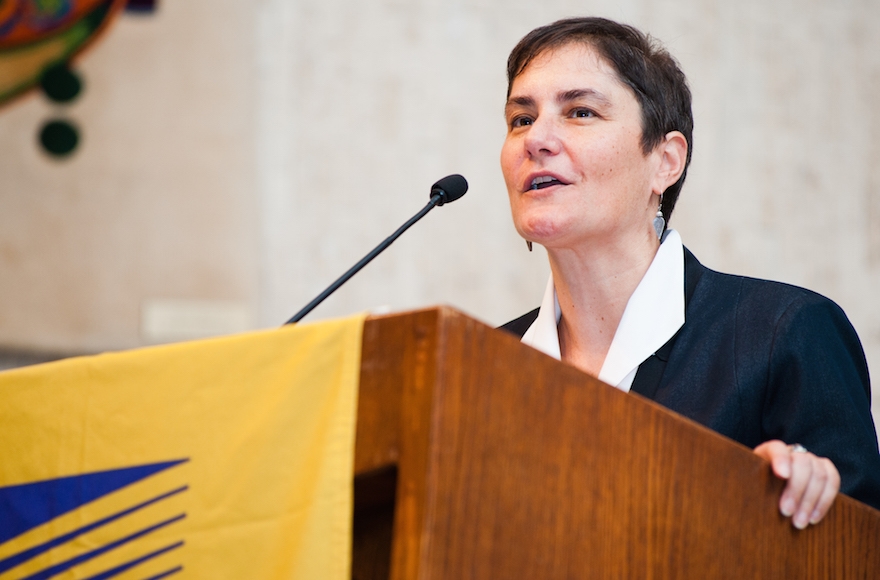 But that’s not the only test. A successful name can be merely descriptive (my favorite mouthful is the Conference of Presidents of Major American Jewish Organizations — eight words! 56 letters!) or evocative, like Hadassah or Hillel. Both are named for Jewish role models to whose ideals they aspire, and they are strong brands even if you aren’t familiar with their namesakes.

A few years ago two Jewish social justice organizations merged and rebranded themselves Bend the Arc: A Jewish Partnership for Justice. It was a risky choice in that “Bend the Arc” doesn’t exactly explain itself. It refers to a quote most often attributed to the Rev. Martin Luther King Jr.: “Let us realize the arc of the moral universe is long but it bends toward justice.” As the new organization’s CEO explained at the time: “Bend the Arc is a call to action, to fight the injustices and inequalities of our time.”

As far as I can tell, there is only one other American Jewish organization whose name is in the imperative tense: Repair the World. And again, anti-hunger groups enjoy the form: Feed the Hungry, Save the Children. (Pop culture, of course, abounds with versions of Verb the Noun: seize the day, taste the difference, pity the fool. I dream of opening a Jewish foodie society called Save the Liver.)

The challenge for the Reconstructionist movement was to embrace the future while holding on to the historic and recognizable. I can sympathize: I work at a place called the Jewish Telegraphic Agency. There are only so many times I can get away with the joke that the telegraph was the internet of the 19th century. In recent years we played down the Telegraphic part, going with the initials JTA. But we’ve started to think that Telegraphic has become retro-chic, like vinyl records and Chuck Taylor All Star sneakers.

The Jewish federation movement, the network of Jewish community chest philanthropies, went through a bit of an identity crisis over the past few decades, simultaneous with a rash of structural threats to its fundraising model. In 1999, three legacy organizations — United Jewish Appeal, Council of Jewish Federations and United Israel Appeal — merged to form the United Jewish Communities. (Mega-donor Charles Bronfman was said to have complained that young people associate “federation” with “Star Trek.”) The name stuck around for a while, even though local federations complained it didn’t do much for their brand. In 2009, they changed it to The Jewish Federations of North America, reclaiming a name most of their constituents were never really able to part with.

If any group understands Reconstructionism’s pain, however, it is the Conservative movement. In many ways its name has come to mean exactly the opposite of what many of Conservative Judaism’s followers want it to stand for. A movement that started out as a traditionalist counter to the liberal Reform has since become a largely liberal movement that seeks to preserve the traditions. Every few years there are reports that the movement is contemplating a name change. One option is to adopt the name it goes by outside of North America: Masorti, which is Hebrew for “traditional.” Others have proposed Dynamic Judaism,  Covenantal Judaism, Historic Renewal and Reform Judaism without Guitars. (OK, I am the only one who suggested the last one, but I belong to a Conservative synagogue, so I can kid. Right, Rabbi?)

Whatever they call themselves, all of these groups tend to agree that the most important thing is that they understand what they stand for.

A name can be clarifying or confusing, but the organization succeeds or fails on its ability to live up to its mission.