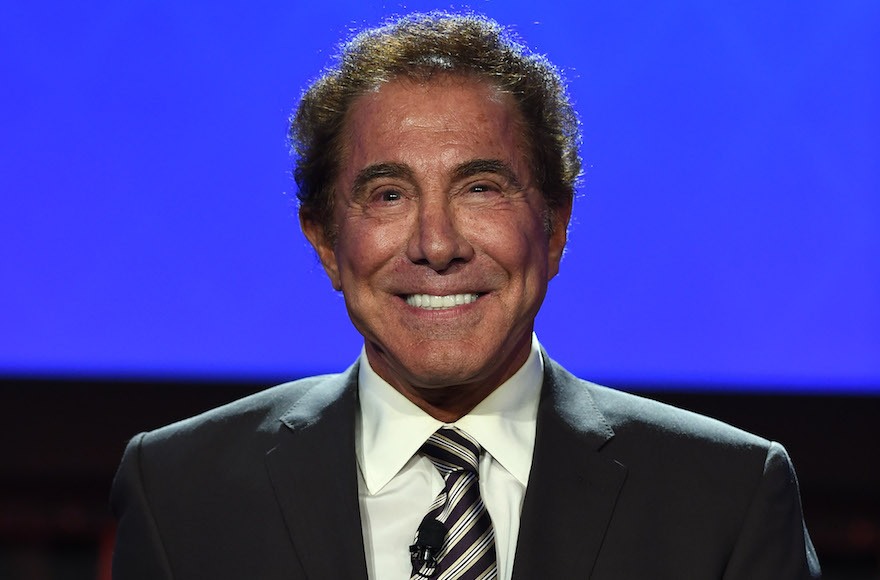 (JTA) — Casino operator Steve Wynn resigned as head of his own company following a report that alleges sexual misconduct.

Wynn, 76, who is close to President Donald Trump, denied the allegations against him published last week in The Wall Street Journal.

“In the last couple of weeks, I have found myself the focus of an avalanche of negative publicity,” Wynn said in a written statement. “As I have reflected upon the environment this has created — one in which a rush to judgment takes precedence over everything else, including the facts — I have reached the conclusion I cannot continue to be effective in my current roles.”

Late last month, Wynn headed a fundraiser for the Trump re-election campaign and the Republican National Committee at Trump’s Mar-a-Lago resort in Florida. Days later he resigned from his position as the RNC’s finance chairman, saying in a statement that he could not continue to effectively serve in his position with the “distraction” of the accusations, which he blamed on his ex-wife, Elaine, who he said is seeking a revised divorce settlement.

Dozens of current and former employees at Wynn’s gambling establishments told the Journal that they had experienced or witnessed chronic abuse by the billionaire. The allegations range from lewd comments and inappropriate touching to soliciting sex acts from women who worked as manicurists and massage therapists at his Las Vegas casinos.

One former employee at Wynn Las Vegas said the mogul pressured her into having unwanted sex with him after she gave him a manicure in 2005. Wynn later agreed to pay the woman a $7.5 million settlement after she filed a report, the Journal reported.

Since 2013 Wynn, who is Jewish, has contributed nearly $2.4 million to Republican candidates and party organizations across the country, according to AP.