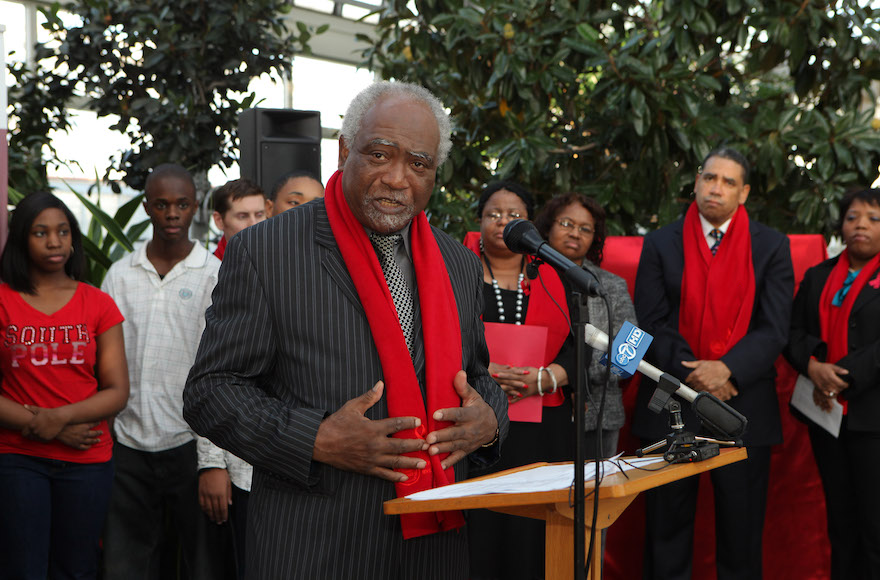 (JTA) — The Anti-Defamation League said an Illinois congressman told the group that he was misquoted in an article claimed that he had praised Nation of Islam leader Louis Farrakhan.

An ADL official told JTA on Friday that the group had reached out to Rep. Danny Davis, a Democrat, after an article in The Daily Caller said he lauded Farrakhan on Monday as “an outstanding human being.” Farrakhan has called Jews “the enemy of God and the enemy of the righteous,” and said Jews were responsible for the 9/11 terror attacks and the rise of the Ku Klux Klan in the 20th century.

“The congressman was insistent that The Daily Caller misquoted him during the interview and that he didn’t subscribe to Farrakhan’s anti-Semitic statements and actions in the past,” the ADL official told JTA in a statement. “He expressed an interest in seeing some of the latest statements made by Farrakhan vis-a-vis Jews, which we promptly shared with him.”

The official said the ADL had shared information with Davis about Farrakhan’s anti-Semitic statements, and that the organization was waiting to hear back from him.

Davis’ office did not immediately respond to a request for comment by JTA.

His comments follow the publication last month of a 2005 photo in which Barack Obama, then a U.S. senator from Illinois, appeared together with Farrakhan at a meeting of the Congressional Black Caucus. The photographer said he suppressed its publication at the request of a member of the Congressional Black Caucus who feared it might harm the rising political career of Obama.

Following the photo’s publication, the ADL called on Obama to denounce Farrakhan. The former president previously repudiated Farrakhan in 2008.