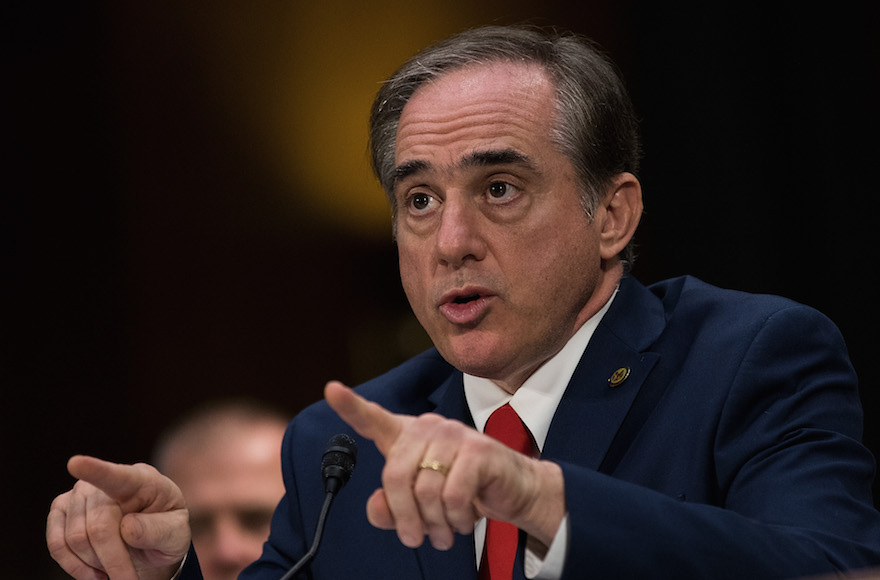 WASHINGTON (JTA) — David Shulkin, the secretary of veterans affairs, said he has repaid the government for the cost of his wife’s airfare for a European trip last summer and for tickets to Wimbledon.

A report by the Veterans Affairs inspector general said a top aide to Shulkin doctored an email to make it appear that Shulkin was due to accept an award from Denmark during the trip, which would have qualified his wife for reimbursement of her airfare. Shulkin also accepted two tickets to the marquee tennis tournament in London from a woman he described as a friend.

On Wednesday, Shulkin told USA Today that he had sent the government a check for over $4,300 for the airline tickets, saying he should have more closely supervised his aide. He also said he would repay Invictus Games adviser Victoria Gosling for the Wimbledon tickets.

Shulkin said he met with Gosling three times, not realizing that it failed to meet the legal requirement for “friend.” The Invictus Games is an international tournament for wounded warriors.

Shulkin, who is Jewish, is the only holdover in the Trump administration from the Obama administration. A physician, Shulin in the previous administration was the undersecretary for health at the Department of Veterans Affairs.

The Trump administration has been plagued recently with multiple reports that Cabinet-level officials have run up personal expenses.