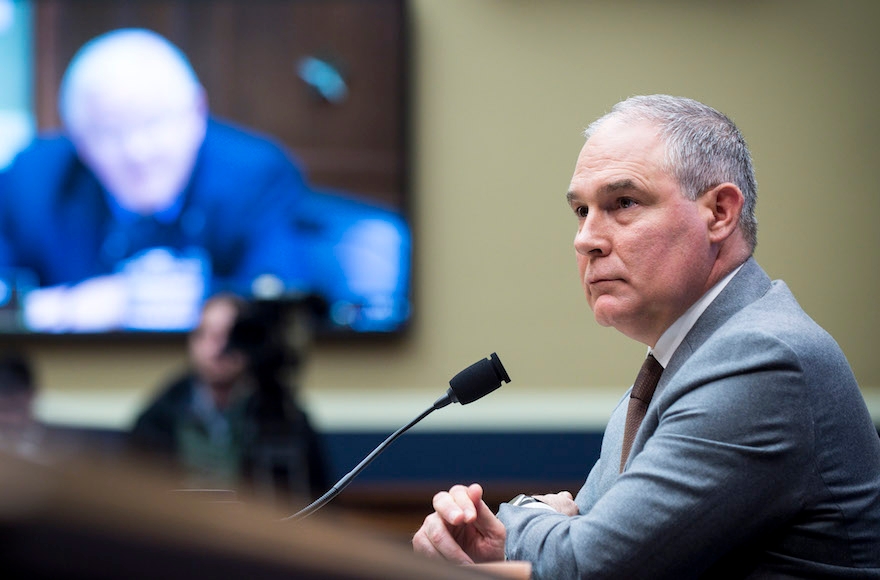 Pruitt had been expected to arrive in Israel for a five-day visit and stay at the five-star King David Hotel in Jerusalem, the Washington Post reported, citing people in Israel briefed on his plans. Israeli officials confirmed to the newspaper that Pruitt’s trip was official state business.  Support staff from the E.S. Embassy in Tel Aviv were scheduled to accompany him on his travels within Israel.

“We decided to postpone; the administrator looks forward to going in the future,” EPA spokeswoman Liz Bowman said in a statement emailed to media outlets.

Confrontations with members of the public caused Pruitt to switch to flying first or business class whenever possible, at the recommendation of the head of his security detail. Some of the confrontations were threatening and Pruitt’s security felt they could not protect him appropriately, according to the EPA.

Pruitt’s travel has cost taxpayers hundreds of thousands of dollars, according to the Post.

Pruitt asserted that he did not make the decision to switch to more expensive flights.

“I’m not involved in any of those decisions,” he told the New Hampshire Union Leader. “Those are all made by the [security] detail, the security assessment, in addition to the chief of staff.”