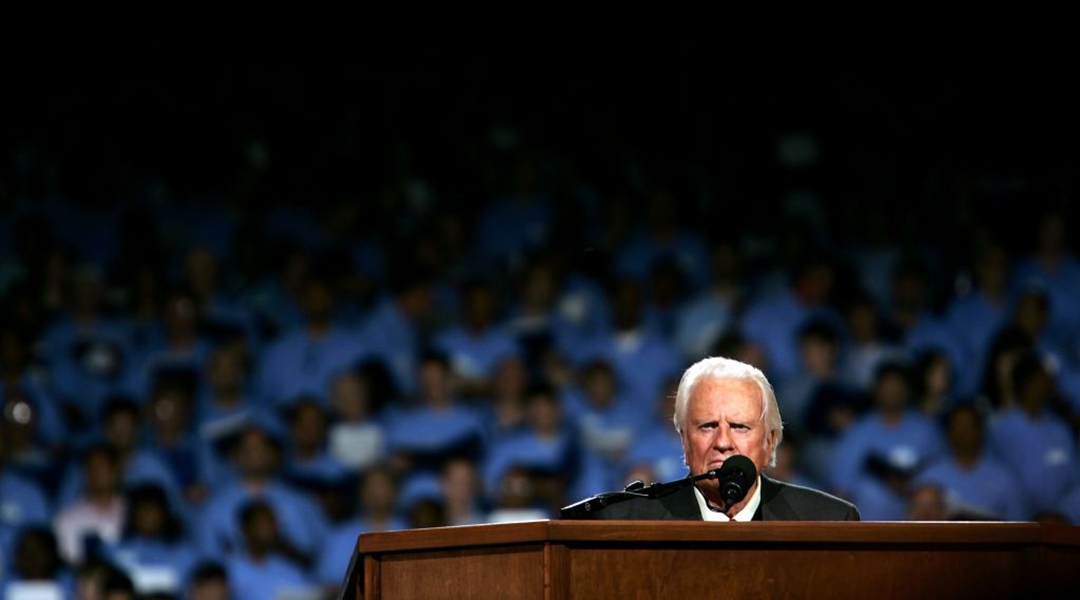 So how should we Jews remember the Rev. Billy Graham, who died today at 99 at his home in Montreat, N.C.?

Rev. Graham’s sharing of vile anti-Semitic stereotypes with President Nixon in 1972 did not endear him to Jewish collective memory. In secretly taped telephone conversation, when Nixon complained that Jews controlled the influential New York Times and Washington Post, Rev. Graham responded: “This stranglehold has to be broken, or the country is going to down the drain.” He invokes the pejorative term from Revelations — “synagogue of Satan.” Sure, say some, Rev. Graham apologized — not once but twice — but only because he was caught. His true colors confirm a popular Yiddish aphorism: “Scratch a goy (a non-Jew), uncover an anti-Semite.”

I, too, would have wished for less vitriolic words from Rev. Graham in private conversations. But that should not blind us Jews to his constructive words, which benefited all religions, including my own. Many of his statements and actions were in sync both with many enlightened Jews own attitudes to religion, and to the role that religion should play in the town square.

Let’s recall on the plus side:

While Jesus was his exclusive, personal path to salvation, Rev. Graham admitted not knowing who God would save and who not: “It would be foolish of me to speculate on who will be there [in heaven] and who won’t. … I believe the love of God is absolute. … I think he loves everybody regardless of what label they have.”

Graham was an evangelist but not a fundamentalist. For example, he said, “I’m not a literalist, in that every jot and title in the Bible is from The Lord.” He told Newsweek, “There are many things that Idon’t understand … sincere Christians can disagree about the details of Scripture and theology absolutely.” Compare that understanding of the Bible with the unyielding literalness of each word advocated by Rev. Graham’s fellow evangelists like Jerry Falwell or Pat Robertson. Or recall in the Catholic world, the dismay against Mother Teresa when her diaries recorded theological doubts.

It was that theological modesty that kept Rev. Graham away from the hot-button issues, like abortion and stem-cell research, while other evangelists advocated restrictive policy. Rev. Graham focused on faith in God and God’s love for man. But on the details, he insisted, people of faith can disagree and have different expressions.

As he got older, Rev. Graham’s humility accelerated, an unusual quality among men at the center of power, whether secular or religious. Sure, when young he pastored and gave political courage to presidents from Eisenhower to George Herbert Walker Bush. But in later years he eschewed advising President George W. Bush on the eve of the Iraq war.

So my advice to my co-religionists who harp on Rev. Graham’s anti-Semitic attitudes as eclipsing all his other characteristics and contributions? Get over it. After all, we Jews did that with others we admired, like Presidents Roosevelt and Truman, who themselves harbored some pretty nasty stereotypes of Jews. Recall FDR dismissing appeals for Jewish refugees as “Jewish wailing” and “sob stuff”; his insistence that immigration should be confined to those who “had blood of the right sort”; and his saying that Jews were “overcrowding” many professions. And what about the sentiment in President Harry Truman’s  diary that “The Jews, I find, are very, very selfish?”

We Jews managed to look beyond those hurtful utterances of these two presidents and even elevated them to iconic status. We understood that these underlying biases were typical of that generation. We concluded that on balance, their overall accomplishments overall negated their anti-Semitic murmurings. Let’s do the same as we recall Rev. Billy Graham.