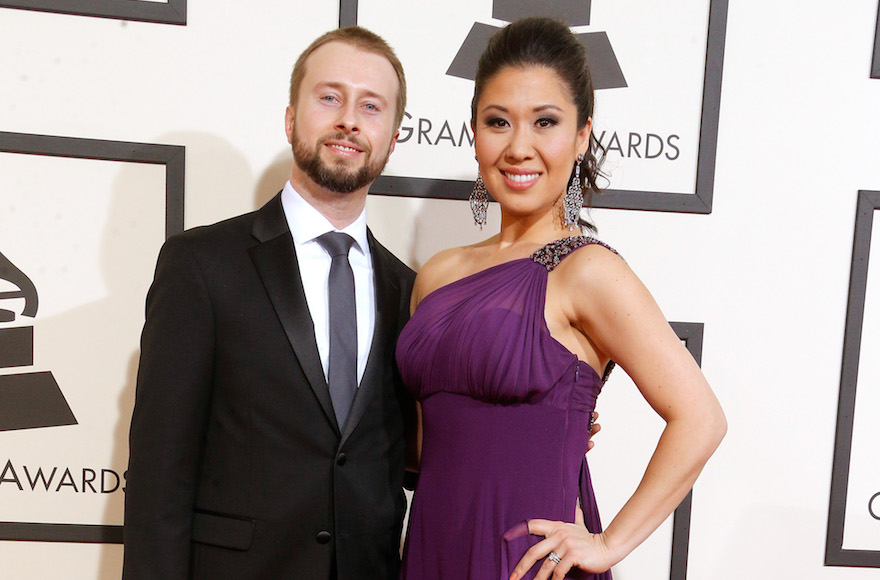 (JTA) — Two children were killed by a car that hit them on a pedestrian crossing in Brooklyn, seriously injuring their mothers, including the Tony Award-winning actress Ruthie Ann Miles, and another man.

Miles, whose real name is Ruthie Ann Blumenstein, is in the hospital and her 4-year-old daughter Abigail has died after they were struck by a car that ran a red light while they were crossing the street, according to WNBC-TV New York. Miles, who is pregnant, is said to be in stable condition. She is married to economic consultant Jonathan Blumenstein.

In the accident, which happened at 1 p.m. Monday at Ninth Street and Fifth Avenue, the second mother also sustained serious injuries. Her 1-year-old son also died. A fifth victim, a 46-year-old man, also was hit by the car.

The two children were pronounced dead at the scene.

The Daily News reported that the driver claimed to have suffered a seizure and does not remember the crash.

Miles won a Tony Award for her role in the 2015 Broadway revival of “The King and I.”

The Broadway community, including Ben Platt, Lin-Manuel Miranda, Kristin Chenoweth and Anthony Rapp, has offered its condolences to Miles and her family.

“This incredible woman of unimaginable kindness and goodness and talent is going through the absolutely unthinkable,” Platt wrote.

The driver, identified as 44-year-old Dorothy Burn, had not been charged as of Tuesday afternoon. Burn’s Volvo was stopped at a red light before beginning to inch into the intersection. Police said that Burn, whose car was cited four previous times for running red lights, began to speed up as pedestrians started to cross.

“There’s a full investigation underway,” Mayor Bill de Blasio said. “This loss of life is tragic and painful for all of us, especially parents.”

The intersection where the crash occurred, between Fourth and Fifth avenues, has been the scene of 10 traffic injuries since 2014, and one other pedestrian fatality in 2016, the Daily Forward reported.

“We have been calling for changes on this street and streets like it for years, and nothing has been done,” Park Slope resident and rally organizer Doug Gordon told amNY.