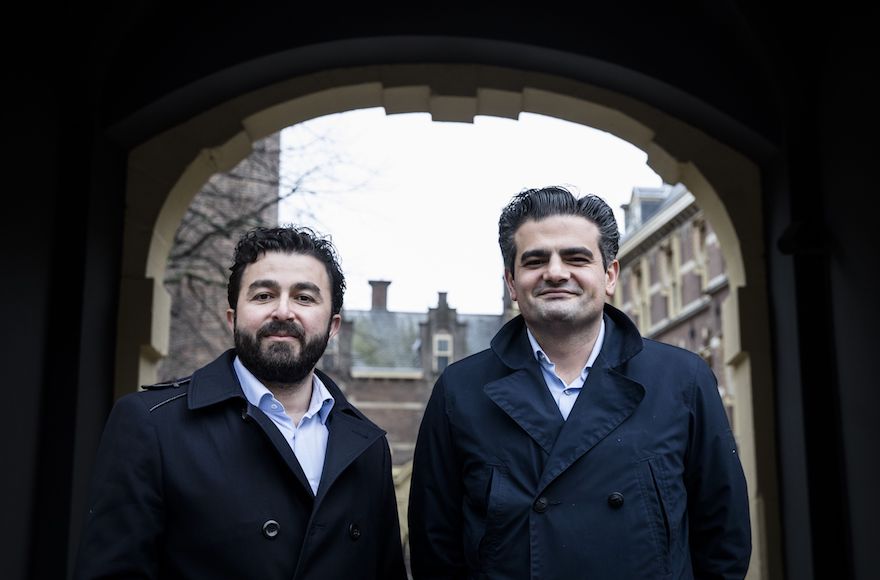 AMSTERDAM (JTA) — A political movement representing Dutch Muslims distinguished itself from nearly all of the capital’s other parties when it refused to sign a document condemning anti-Semitism.

The Denk anti-integration party, which has frequently been accused of espousing anti-Semitism, did not respond to a request by the Jewish community to sign the document, titled “Amsterdam Jewish Accord.” It states that Jews have a right to security paid for by the city government, that anti-Semitism needs to be fought and that the Jewish elements of Amsterdam’s history should be taught to the general population.

All of the capital’s other parties except one signed the document on Tuesday, two weeks before the March 21 municipal elections in the Netherlands. The other party that sat out the agreement, BIJ1, was founded by a politician who left Denk.

According to a Feb. 24 poll ahead of the elections, Denk and BIJ1 will clinch five seats out of the City Council’s 45 — a result that matches the projected number of seats for the ruling People’s Party for Freedom and Democracy and tops the projection for Dutch Labor in Amsterdam. Denk was established in 2016.

On Thursday, Geert Wilders, the leader of the rightist Party for Freedom, visited a kosher restaurant in Amsterdam that was vandalized in December. A Palestinian asylum seeker smashed the windows of the HaCarmel restaurant while holding a Palestinian flag before breaking into the eatery and taking an Israeli flag from the interior. He was arrested outside the restaurant.

Earlier this week, a crack was discovered in the restaurant’s window.

Security for Jewish institutions featured prominently in the Amsterdam campaign of the rightist party Forum for Democracy. It was the first time in Dutch history that the issue was the subject of an entire election campaign.

The signing of the document is another unprecedented occurrence, according to the Organization of Jewish Communities in the Netherlands, or NIK. In a statement, the umbrella body said that never before “have parties agreed on issues of interest to the Jewish community” ahead of an election.

The document did not reference the community’s fight to keep the ritual slaughter of animals, or shechitah, legal. Wilders’ party and several others have passed a law banning it, but the Senate overturned the ban in 2012.

The Netherlands has some 45,000 Jews, most of them living in Amsterdam.