30 years later, the author of ‘The Devil’s Arithmetic’ has a new young adult Holocaust novel 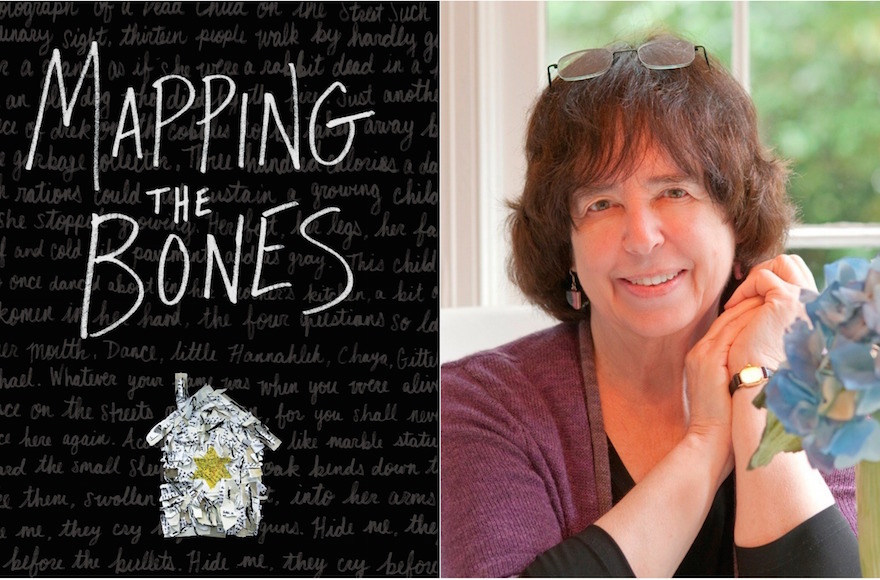 BOSTON (JTA) — More than 30 years ago, Jane Yolen had already made her mark in the world of children’s literature. Among the nearly 100 books she had written were fantasies and folk tales, picture books and the popular “Captain Toad” chapter book series. Her gift for spinning original fairy tales earned her the reputation as the American Hans Christian Anderson.

But when her editor, Deborah Brodie, suggested she write a Jewish children’s book, Yolen dismissed the idea.

Sure, she was Jewish, she recalled telling Brodie, who was Jewish, too. But, growing up, Yolen’s family wasn’t particularly observant. And although she had minored in religious studies at Smith College, Yolen told Brodie she would have to do as much research as someone who wasn’t Jewish.

“She was a classic nudzh,” Yolen recalled fondly all these years later of the late editor, a giant in the world of children’s publishing.

But Yolen, best known as a fantasy writer, had a spark of an idea for a Holocaust story that would lead with a girl bored and indifferent at her grandparents’ Passover seder. When Hannah opens the door to symbolically welcome the prophet Elijah, she finds herself transported back in time to a Polish shtetl where the Jewish villagers are on the verge of being shipped to a German Nazi concentration camp. Only Hannah knows the horrifying tragedy that the future will bring.

Yolen relented and wrote a first chapter. She assumed it would end at that. Instead, Brodie sent back a contract.

“I thought, ‘OK, I’m going to try this,'” she said in a phone conversation with JTA from her home in western Massachusetts.

The result was “The Devil’s Arithmetic,” a Holocaust novel that when it appeared in 1988 was nothing like anything that had come before. The book garnered critical acclaim, earned multiple book awards and was made into an Emmy-winning Showtime film starring Kirsten Dunst.

The popular fantasy novel has sold more than 1.8 million copies, is used widely in middle schools across the country and has been in continuous print since publication.

Now, three decades later, Yolen, 79, has written “Mapping the Bones” (Philomel), a Holocaust novel for a new generation of teens. The year is 1942, in the Lodz ghetto in Poland, where 14-year-old twins Chaim and Gittel Abromowitz make a daring escape with their family. Separated from their parents in the forest, the twins hide with Polish partisans, and are later captured by German soldiers and forced into a slave labor camp.

Through brutal treatment, suffering and loss, the sister and brother bond with other camp prisoners, sustain each other, and find light through the young boy’s moving poetry that serves as a testament to loss and memory.

“Mapping the Bones” is Yolen’s third Holocaust novel; the second was “Briar Rose” (1992).

“I look at all three and I realize it’s not just the Holocaust that binds them together. It’s remembering,” she said. 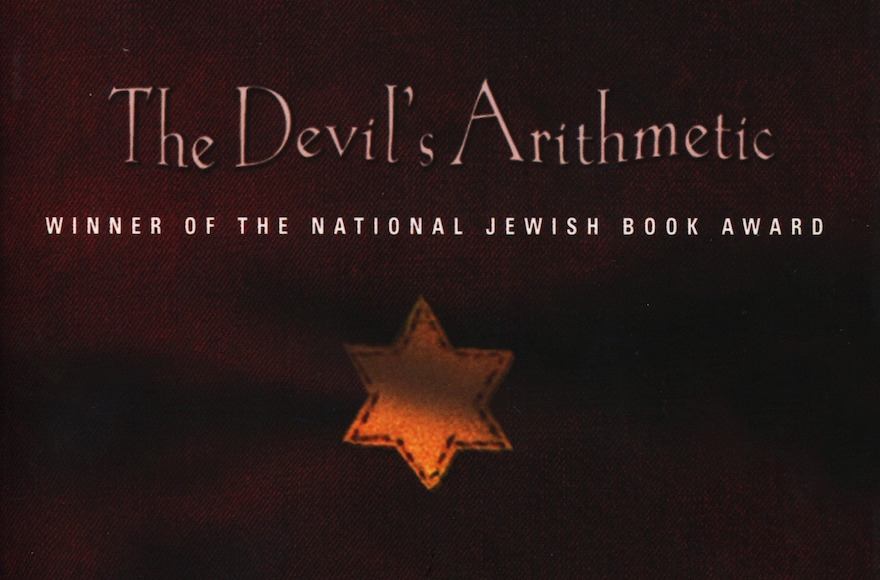 Yolen’s “The Devil’s Arithmetic” was a hit after being published in 1988. (Penguin Random House)

“The Devil’s Arithmetic” was a trailblazer, according to Norman H. Finkelstein, an author of nonfiction for older kids and two-time winner of the National Jewish Book award. Three decades ago, at a time closer to the war, the idea of writing about the Holocaust was still difficult, said Finkelstein, a retired public school librarian in the Boston suburb of Brookline.

“It was a different Holocaust book. It was not strictly factual, it was not a memoir,” Finkelstein told JTA in a recent conversation. “Jane did a superb job in taking the story of the Holocaust down to a level that ordinary American kids could understand and digest, and present it in a sympathetic manner. The characters were realistic, not paper cutouts.”

Educators immediately seized on the book to teach about the tragedies of the Holocaust, he recalled.

There’s an inherent tension in presenting the Holocaust in young adult fiction, according to Daniel Magilow, a Holocaust scholar and professor of German studies at the University of Tennessee, Knoxville.

On one hand, writers need to create young characters with whom readers can identify, said Magilow, a former fellow at the U.S. Holocaust Memorial Museum who writes on the subject of Holocaust representation. Books for younger readers tend to be redemptive, and if not upbeat they at least suggest that adversity can be endured and overcome.

The problem? This does not square with the historical reality with how children were treated during the Holocaust.

“We are reminded that the very young and the very old were immediately slated for the gas chambers,” Magilow said.

Magilow cautioned that Holocaust fiction should not be presented uncritically, but should be taught “in the context of the uncomfortable truths.” It’s important to educate kids about tragedies that occur in the world, but it’s a complex balancing act.

“It’s devastating material,” he said, “and there’s no way around it.”

Yolen acknowledged the balancing act in an author’s note for “Briar Rose,” which is set at the Chelmno extermination camp in Poland.

“[T]his is a book of fiction. All the characters are made up,” she wrote. “Happy-ever-after is a fairy tale notion, not history. I know of no woman who escaped from Chelmno alive.”

“The Devil’s Arithmetic” struck a chord for Deborah Berlin, who read the book more than 15 years ago, when she was about 10 years old, she recalled in a recent phone conversation. As a child growing up outside of Boston, she knew that half her family had perished in the Holocaust. Reading Yolen’s historical fantasy stirred an emotional connection to the incomprehensible loss, she recalled.

“It was my gateway” to read more books in a quest for a deeper understanding of the Holocaust, said Berlin, now a middle-school math and science teacher at the Rashi School, a Reform Jewish K-8 day school in suburban Boston. Yolen’s fantasy and other works of fiction are especially important to today’s teens, who may feel disconnected from the Holocaust, she has observed.

“Mapping the Bones” is Yolen’s 366th book. As Yolen sets out on a whirlwind series of book talks and conferences, the author said she had not planned to write a third Holocaust novel.

The idea for the Hansel and Gretel-like narrative emerged in a conversation with an editor, who like Brodie three decades earlier, urged Yolen to take on the project.

In four years of being immersed in Holocaust research and writing, there were also lighter and happier books, Yolen said. Among them was “Jewish Fairy Tale Feasts: A Literary Cookbook,” written with her daughter, Heidi E.Y. Stemple.

“But the things that feed the soul are [books] like ‘Mapping the Bones,'” Yolen reflected. “As hard as it was, I know I was meant to write this book.”