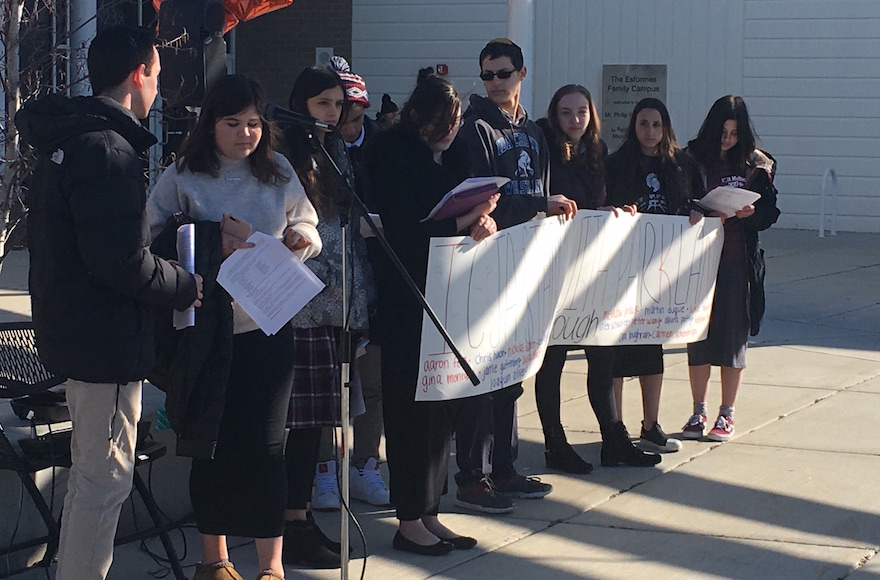 CHICAGO (JTA) — I’m a sophomore at Ida Crown Jewish Academy, the largest Modern Orthodox high school in the Chicagoland area. When I heard about the #ENOUGH national school walkout, I immediately wondered how my school could participate. Our school motto is “Inspiring Bnei and Bnot Torah to thrive in the modern world”; here was a chance to put that dictum — emphasizing that we students are meant to bring Jewish values into the wider world — to the test.

My friends and I followed the news reports about the Marjory Stoneman Douglas High School shooting in horror, read the biographies of victims with distress and discussed the event at length. We felt a burning rage about lax gun laws in the country. I approached my classmate Bayli Alter and together we decided to speak with our school dean, Rabbi Leonard Matanky, about how our school could get involved in the walkout.

Word about the walkout spread quickly, and many students approached me and volunteered to help plan the event.

The nationwide walkout on March 14 was organized by high school students and the Women’s March Youth Empower in response to the shooting at Stoneman Douglas in Parkland, Florida, in February. The 17-minute (to commemorate the 17 victims) walkout was designed to demonstrate against gun violence and show support for stricter gun legislation.

As an Orthodox Jewish school, our needs were a little different. We needed to ensure the program was Jewish in character, and we didn’t want to align ourselves with the wider Women’s March movement, which has been criticized for, among other things, its feeble response to one of its co-chair’s embrace of the Nation of Islam leader Louis Farrakhan, an avowed anti-Semite. Our student body also runs the gamut of political opinion, from right to left, and we needed to ensure our walkout did not offend or alienate anyone.

We tried hard to design programming that emphasized bipartisan political activism and memorialized the victims of the shooting. At 9:50 a.m., the entire school assembled in the gym, where Bayli and I spoke for a few minutes about the Parkland tragedy and gun control proposals. We hoped to provide context for the walkout by educating students about the national conversation about gun legislation without forcing any political beliefs. We also stressed the memorial component of the demonstration. We then invited students to join us in our walkout.

Outside, we handed out sheets with Tehillim, or Psalms, on one side and the names and contact information for our local and national representatives on the other. We read out names of the Parkland victims, recited Tehillim and read short biographies of four of the people killed. Afterward, we encouraged students to phone Congress and urge their political representatives to support reasonable gun legislation.

“It was emotionally uplifting that students could gather for a common cause in the hope of achieving something positive out of this horrific tragedy,” said English teacher Sheri Goldstein. “The handouts with prayers on one side and phone numbers on the other side represented what Ida Crown is about.”

Rabbi Matanky told me, “I think one of the most important things we can teach our students is how to respond to injustice and how to channel their energies to make the world a better place. We are very proud of our students who took the initiative and used the opportunity to remember via traditional Jewish responses and prayer those who were murdered.” 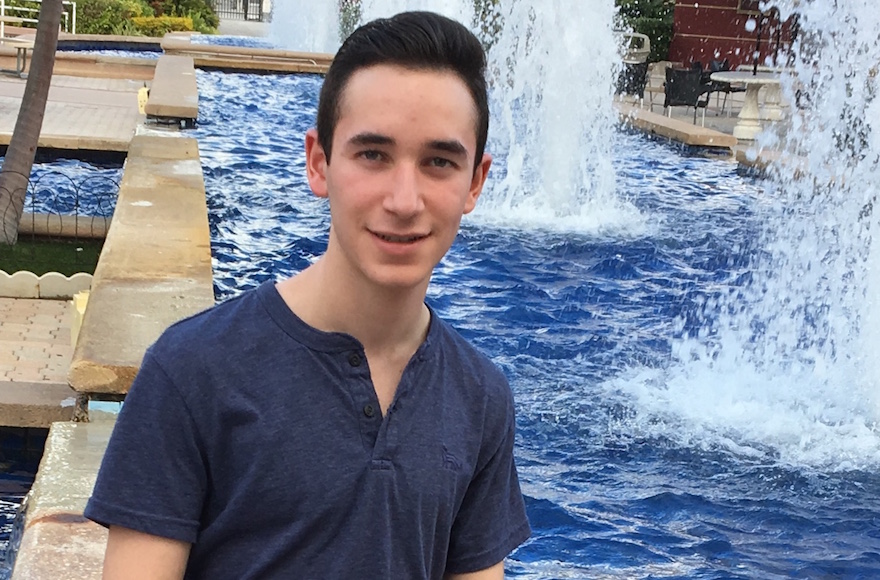 Olivia Friedman, a Bible teacher at Ida Crown, added, “I think it’s essential that students recognize that their religious identity and modern identity should be one and the same. … The fact that students in our school feel strongly about the preservation of life, and are able to participate in a national walkout while integrating their Jewish beliefs, is a testament to this principle.”

Some students chose to sit in during the walkout. Junior Ben Krohn explained, “I think the left is using this tragedy as a platform to push for gun control, which I am not in favor of. Criminals will get guns no matter what; gun control only affects law-abiding citizens. I respect memorializing victims, but I didn’t want to push for gun control.”

The walkout inspired many students to continue their activism. Bayli Alter said, “I’m not the kind of person who will sit down and let other people do things for me: I like to stand up for what I believe in. After having organized the walkout, I feel more empowered to do more.”

Tova Oliff, a student who volunteered to help lead the program, said that she and many of her friends had heard about the walkout, but had thought the school would be opposed to such programming.

“The walkout was a wake-up call for the school to get involved,” she said. “I think many people in the future at ICJA will become more active.”

Tova is intent on starting a political activism group in the school next year to continue student involvement in activism.

In the aftermath of the Parkland shooting, student voices are being heard and taken seriously by politicians. It’s important for us as Jewish high school students to stand with our peers and to advocate against hate and violence to ensure atrocities like Parkland never happen again.

(Jacob Miller is a sophomore at Ida Crown Jewish Academy in Skokie, Illinois.)