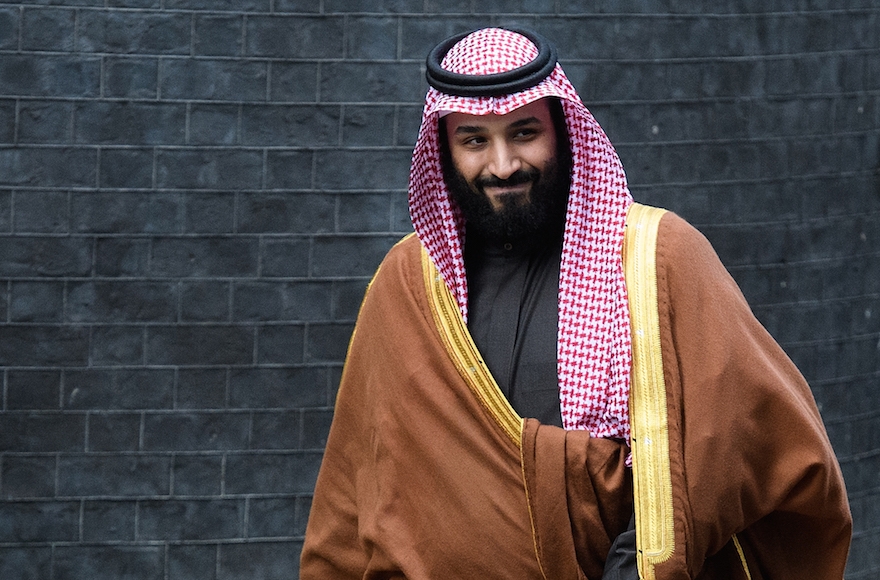 “Saudi Arabia does not want to acquire any nuclear bomb, but without a doubt, if Iran developed a nuclear bomb, we will follow suit as soon as possible,” Mohammed bin Salman said in an interview with the CBS newsmagazine “60 Minutes” due to air Sunday.

Bin Salman said Iran posed a threat because of what he said were its expansionist policies, likening the country’s supreme leader, Ayatollah Ali Khamenei, to Adolf Hitler.

“He wants to create his own project in the Middle East very much like Hitler, who wanted to expand at the time,” Bin Salman said in an excerpt of the interview released by CBS. “Many countries around the world and in Europe did not realize how dangerous Hitler was until what happened, happened. I don’t want to see the same events happening in the Middle East.”

The language reflects similar warnings about Iran by Israeli Prime Minister Benjamin Netanyahu. Additionally, casting Hitler and the Nazis as historical villains was once unusual in many Arab nations, where until recently Holocaust denial was prevalent.

The Saudi-based Muslim World League, a body once notable for its anti-Israel hostility, in January condemned Holocaust denial.

Israel and Saudi Arabia both opposed the 2015 Iran nuclear deal brokered by the Obama administration. Trump has said the deal, which swaps sanctions relief for a rollback in Iran’s nuclear program, should be drastically amended or scrapped.