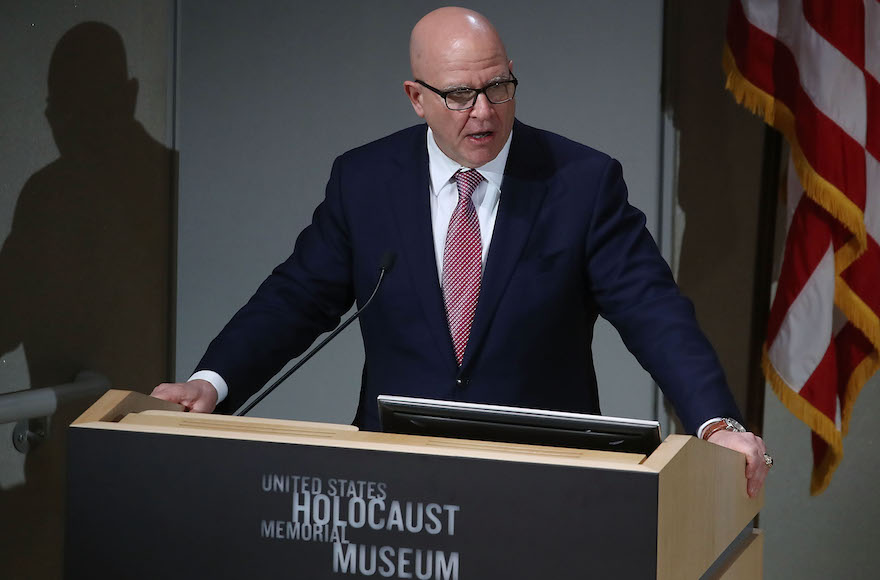 Speaking Thursday at the U.S. Holocaust Memorial Museum in Washington, D.C., McMaster said the United States would not stand by during the deadly conflict in Syria, The Wall Street Journal reported.

“We cannot stop at remembrance alone,” he said. “If we are to fulfill our promise [of] ‘Never Again,’ we must also act to protect all victims and hold all responsible parties accountable.”

McMaster warned Russia and Iran that they should stop providing support to the Syrian government.

“If Iran and Russia do not stop enabling the regime atrocities and adhere to U.N. Security Council resolutions, all nations must respond more forcibly than simply issuing strong statements,” he said.

The Syrian Observatory for Human rights, a British-based war monitor, said earlier this week that over half a million had been killed in the Syrian civil war, which started in 2011. The monitor said approximately 85 percent of the casualties were civilians killed by the Syrian government and its allies.

On Thursday, amid other dismissals at the White House, The Washington Post reported that President Donald Trump has decided to remove McMaster from his position and is in the process of finding a replacement.