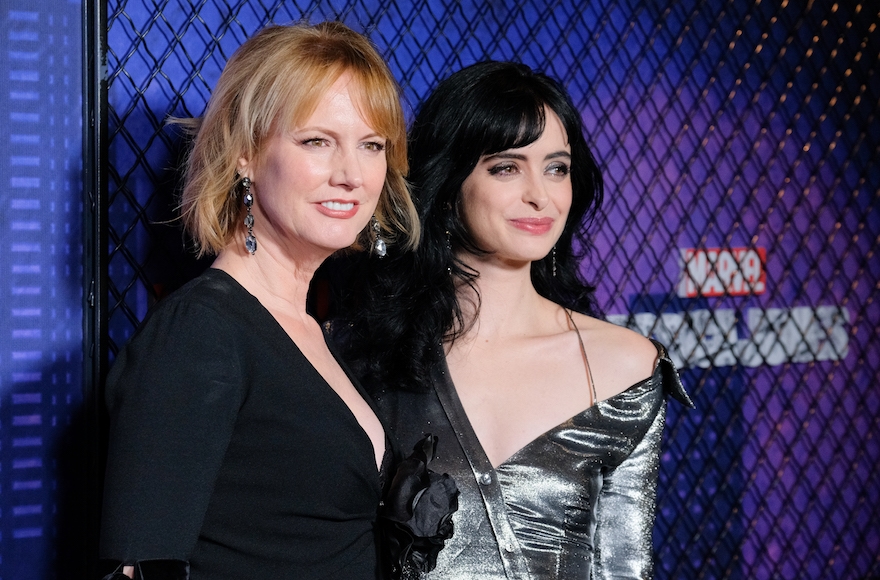 (JTA) — For those unfamiliar with the Marvel Comics universe, Jessica Jones is one of its darkest characters.

The troubled superhero, also the star of a Netflix show whose second season debuted earlier this month, is a heavy drinking private investigator prone to fits of rage living in New York City. The viewer learns that Jones, who is played by Krysten Ritter and has superpowers like inhuman strength and the ability to heal quickly, was at various times psychologically manipulated and sexually abused by a villain named Kilgrave.

Melissa Rosenberg, the TV show’s Jewish creator, hasn’t lived through circumstances quite as extreme as those. She did, however, endure years of misogynistic treatment that most women in Hollywood experience at the hands of powerful industry men. Rosenberg has spoken publicly about the harassment she suffered early in her career as a female writer in all-male writing rooms on shows such as “Dr. Quinn, Medicine Woman” and “Party of Five.”

In an interview with JTA, she talked about the crude jokes her colleagues cracked, the small insults she took in stride and the difficulty of “trying to balance between being one of the guys and also feeling protective and staying true to one’s gender.” (Rosenberg did not want to divulge any of the specific comments.)

If she didn’t join in sexist conversations with her colleagues, she risked being fired, she told The New York Times.

“We’re both fighters,” Rosenberg told JTA in an interview, referencing the Jones character. “I also think I know the anger. The way she acts is kind of wish fulfillment.”

Rosenberg, 55, rose above the obstacles, and before being lauded for her work on “Jessica Jones” — a brooding drama that is full of great fight scenes and grittier than most other superhero adaptations — she adapted the “Twilight” books into four enormously successful films and worked as a head writer and show runner on Showtime’s “Dexter.”

Now she is becoming a feminist touchstone after women directed all 13 episodes of this season of “Jessica Jones.” Rosenberg maintains the decision had nothing to do with the spate of harassment allegations that has poured out in recent months. The filming had wrapped in September, the month before the Harvey Weinstein story that broke the harassment allegations dam came to light. 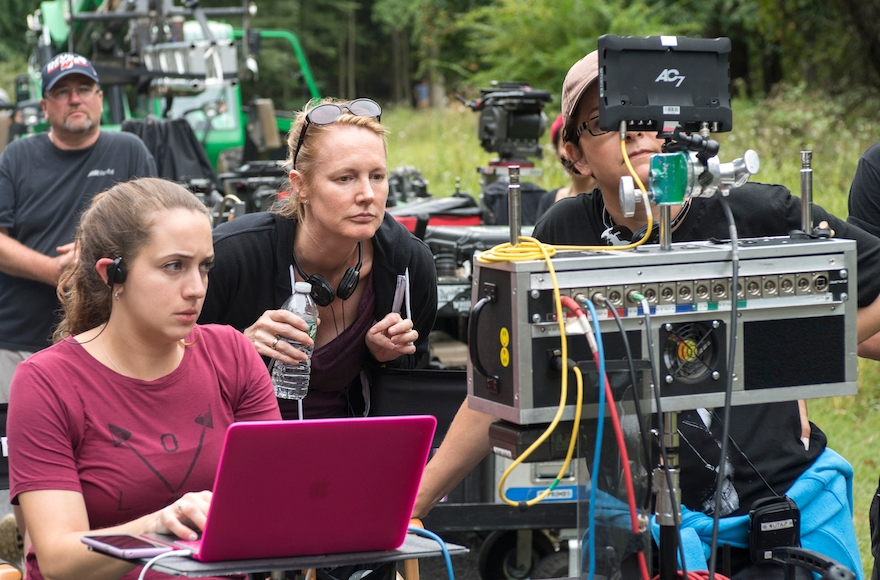 “The truth of the matter is I was standing on the shoulders of every movement up until this point. This is not a new issue,” she said. “It dates back to the suffragettes, to the women’s movement of the 1970s, to Anita Hill. Some people [think] its prescient, but it’s just continuing the conversation that’s been brewing and building.”

Still, the move is highly symbolic and has been widely noticed by women and men in an industry where the lack of female film directors has become a hot button issue. Jewish actresses Natalie Portman and Barbra Streisand both made headlines for noting the discrepancy at this year’s Golden Globes.

“It started off, we wanted to have 50-50 men [and] women. When we started to look we found so many women with long lists of credits, and we just began a conversation, why not all women directors?” Rosenberg said.

It’s only fitting that Jessica Jones is the ultimate feminist superhero for the Weinstein era. After vanquishing Kilgrave at the end of Season 1, she continues to stand up to men in Season 2 and begins to come to grips with her trauma. Jones (and Ritter) have become pop culture symbols of female empowerment in their own right. Harper’s Bazaar published a piece this week titled “Krysten Ritter Is the Face of Female Vengeance.”

“In my circle it didn’t occur to me that Rosenberg was a Jewish name,” she said. “There was no sense of Jewish identity. We were kind of Unitarian.”

Her father, Jack, a psychologist and author (he penned “Total Orgasm” in 1973), didn’t provide a lot of structure.

“That became something of a problem when you’re 13 years old and don’t know where the boundaries are. It’s little scary in the world,” she said.

At 17 she moved to New York to work in theater, working as a stripper to help support herself. It was in the city that Rosenberg found her Jewish identity, culturally at least.

“I became much more aware of it. I was really welcomed,” she said. “The community really supported me and the meaning of Judaism became more clear to me.”

In 1995, she married film and TV director Len Spiro, whose grandfather was the first in 16 generations not to become a rabbi.

Unlike Jones, who continually struggles to deal with her past, Rosenberg says she has “processed” what she went through and has no “burning desire to rush out and kill anyone.”

But has the process of working on “Jessica Jones” been cathartic for her?

“It’s an interesting question,” she responded. “I think it’s more about being able to contribute to the conversation about power and women and parity. That’s what I’ve strived to do.”