Performer known for Bozo the Clown act dies at 89 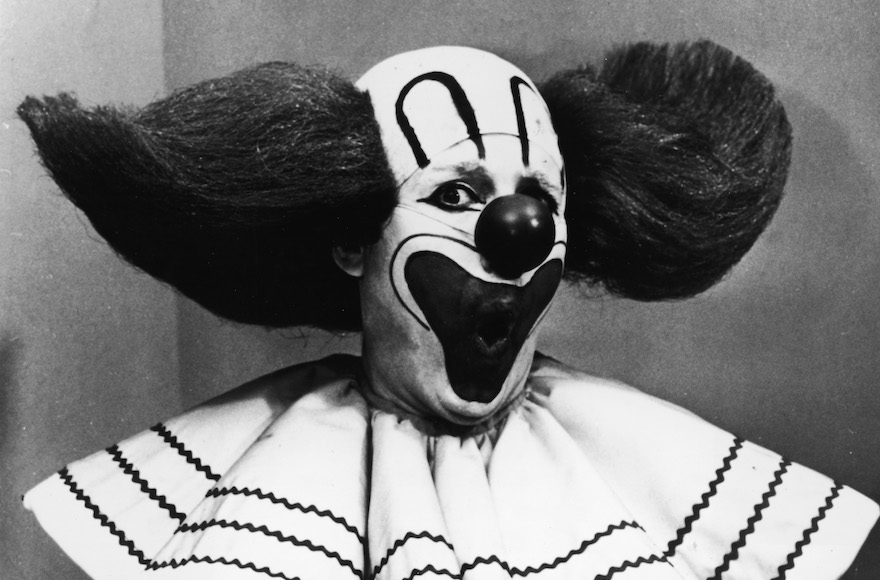 (JTA) — Frank Avruch, a Jewish entertainer known for his portrayal of Bozo the Clown on television, has died.

Avruch, a longtime Boston television personality, died Tuesday at his home there from heart disease, his family said in a statement to WCVB-TV. He was 89.

“He had a heart of gold,” manager Stuart Hersh told The Associated Press on Wednesday. “He brought the Bozo the Clown character to life better than anyone else’s portrayal of Bozo the Clown.”

Avruch was an active philanthropist and a board member of UNICEF’S New England chapter. He toured the world performing as Bozo for UNICEF, the United Nations organization dedicated to helping children in need.

In an interview for “TV Party,” Avruch, who was born in Boston to Russian-Jewish parents, revealed that he did not use his real last name when he first started out in television.

“You had to go on television, you had to change your name. Frank Stevens was my name. And when I came out of the Army, I decided to use my real name,” he said.

The decision to use his real name was after seeing “a very famous announcer from the network television called Andre Baruch,” he recalled in the interview. “And I said, well, if he can do it, I can do it, too.”